The Gaza Strip's many schools run by the United Nations Relief and Works Agency sheltered many Palestinians who lost their houses during the fighting. 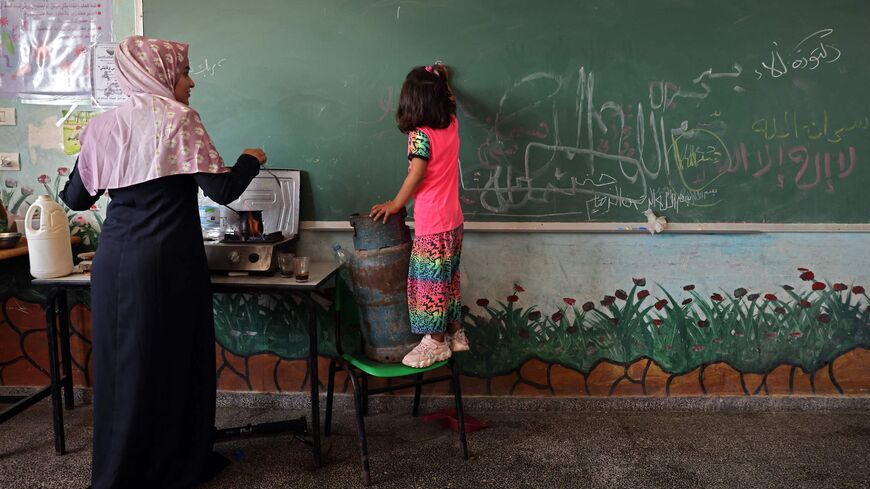 A child in the Abu Ghadyan family writes on the blackboard as a relative looks on in a classroom of a school run by the United Nations Relief and Works Agency for Palestine Refugees where they are living temporarily after their home was damaged during the recent Israeli bombing in Gaza City, on May 29, 2021. - THOMAS COEX/AFP via Getty Images

Mithqal Salama al-Sarsawi and his family are living in a classroom in one of the Gaza Strip's UNRWA schools after their house was bombed by Israel for a fourth time in the latest 11-day conflict.

Sarsawi, who is from the Turkmen area of the eastern Gaza City neighborhood of Shujaiya, told Al-Monitor that he and his family have taken refuge in the schools during every war and military confrontation in the Gaza Strip. Their house, which close to the eastern border of the besieged enclave, was destroyed four times over the course of 12 years, during the Israeli wars on Gaza in 2008, 2012, 2014 and in the most recent round of fighting in May.

According to the Palestinian Ministry of Health in Gaza, the Israeli airstrikes left 248 Palestinians dead, including 66 children, 39 women and 17 elderly people, as well as some 1,948 injured.

UNRWA said the Israeli attacks displaced more than 75,000 Palestinians from their homes, of whom 28,700 sought refuge in the UN agency’s schools after their homes were demolished. Others sought shelter at their relatives’ homes in other Palestinian areas.

Sarsawi, who had been working in a spice shop, said, “I was lucky to be alive and my family, too. The bombing was relentless. The Israeli army was shelling houses without any warning, which caused many deaths among civilians.”

He recounted that they escaped on foot and took temporary refuge in one of the UNRWA schools, as they are the safest places in times of war.

“My family and I are now homeless. We don’t know where to go. It is impossible to continue living inside a classroom between the desks and worn books. We don’t have privacy and life here is not exactly in line with Palestinian customs and traditions. Women don’t have privacy as in their own independent house. They have to keep their headscarves on all day and even when they go to bed. This is not to mention the lack of adequate facilities for bathrooms, showers, drinking water and electricity,” Sarsawi lamented.

“I don’t know why we keep being bombarded. What have we done to live in misery? I am apolitical. I don’t belong to any political faction,” he added angrily. “I think Israel carried out collective punishment in its last war.”

He went on, “We need financial support from UNRWA to rent a house until we are able to build a new home, which will take time, depending on the international aid for the reconstruction of Gaza. We had to wait three years until our house was rebuilt when it was bombed in the 2014 war.”

Adnan Abu Hasna, a UNRWA media adviser in Gaza, told Al-Monitor, “More than 70,000 citizens have fled their homes … in search of security and refuge. This number decreased to 300 people following the cease-fire. These people’s homes were either totally destroyed or sustained major damages making them uninhabitable.”

He noted that following the 2014 war, UNRWA prepared 50 schools in various areas of the besieged enclave to receive displaced people in times of war.

He went on to say that some people took refuge in schools that were not adequately equipped, which slowed the agency's efforts to provide services.

“UNRWA was, however, able to provide the necessary sanitary and health supplies and food. The biggest challenge the UN agency faced was in the large number of people flocking in amid the [coronavirus] pandemic. Huge crowds in one place could render the schools superspreader sites, especially as not everyone was following the necessary health precautions,” he added.

“In cooperation with the Ministry of Public Works and the United Nations Development Program, UNRWA will soon launch a website so people whose homes were affected can apply through it,” Abu Hasna explained. 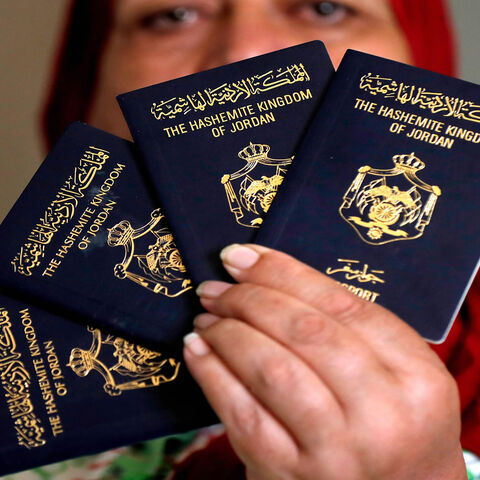 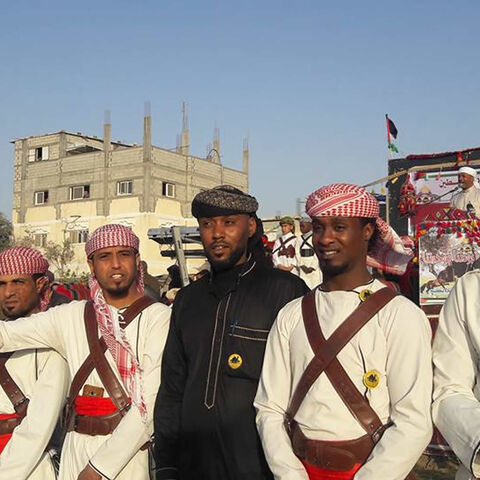 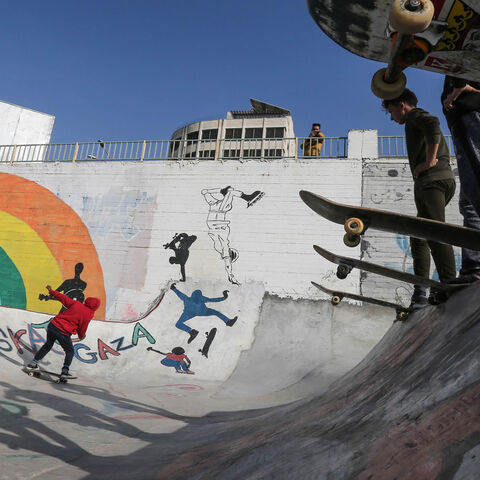