Turkish-Danish hospital deal might be more than meets the eye

A Turkish company known as a presidential favorite is ceding its lucrative hospital operation business, a move observers believe is driven not only by financial hardship but also apprehension over Erdogan’s political future. 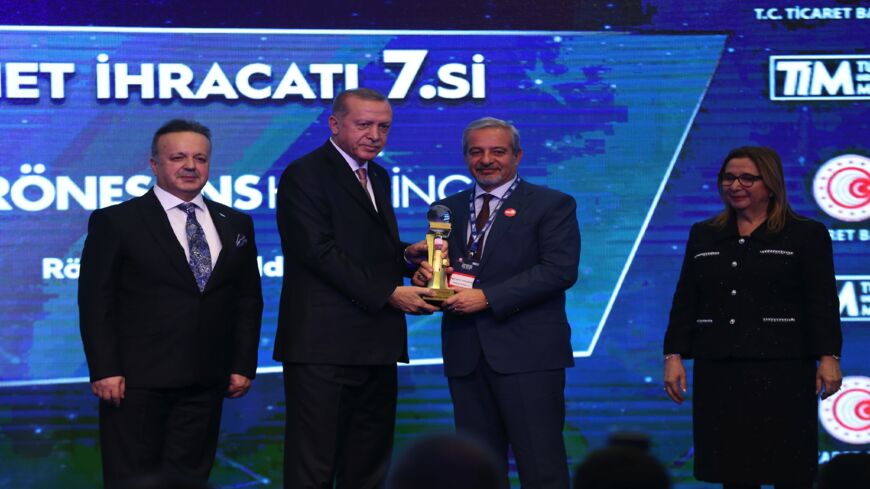 Turkey’s Ronesans Holding — a company close to President Recep Tayyip Erdogan and the builder of his sumptuous palace — has moved to sell its lucrative hospital operation business to a Danish company, a decision some observers see as a sign of anxiety among government cronies over Erdogan’s political prospects and the future of controversial public-private investments.

Turkey’s Competition Board said last week it had approved a deal for Denmark’s services giant ISS to acquire Ronesans’ facility management company, which operates a series of hospitals across the country. The financial terms of the handover have not been disclosed. Under the deal, ISS will take over the operation of five “city hospitals” — vast medical campuses built over the past decade as part of ambitious infrastructure projects, whose economic viability and public cost are increasingly called into question.

ISS is a global facility services company and one of the world’s largest employers, serving some 60,000 clients in more than 30 countries in various areas such as cleaning, security, catering and maintenance. Its long-running businesses in Turkey employ about 40,000 people.

With a combined capacity of nearly 10,000 beds, Ronesans’ five hospitals had made it the dominant actor among city hospital operators. The company runs also major construction operations in Russia and has invested prominently in Turkey’s energy sector.

The city hospitals, which Erdogan has described as one of his dreams come true, rest on the build-operate-lease model. The government incentivized companies to build and run giant medical complexes instead of using its own budget to make new hospitals. The Health Ministry now pays rent to use the buildings as well as various service fees under 25-year contracts with the operators. The cost of the euro-denominated payments has steadily grown amid the ongoing depreciation of the Turkish lira.

So, why would Ronesans cede such a lucrative business? The most likely explanation, according to observers, is that the company is under financial strain because of the investments it made in the energy sector in recent years and needs money to repay the hard-currency loans it used in the process. The cost of repaying such loans has grown heftier for Turkish companies due to the dramatic slump of the lira since 2018.

According to company info, the energy generation capacity of power plants built and operated by Ronesans Energy totaled about 115 MWm in 2014. Two years later, the company won a privatization tender for the 49-year operational rights of a hydroelectric power plant in Sanliurfa, bringing its total installed capacity to 166 MWm.

Some observers, meanwhile, argue that Erdogan’s weakening political fortunes are causing government cronies to consider scaling back their operations and selling assets, wary that their heyday might be coming to an end. Such moves, aimed at “repositioning” against the prospect of a government change after two decades, are likely to become more frequent in the coming days, they say. Thus, Ronesans’ decision to dispose of the operation of city hospitals is believed to be driven not only by a corporate cash crunch but also political anxiety to scale back while there is still time.

Such anxieties are likely fueled also by the menacing messages of the opposition. Amid growing allegations of corruption in the ranks of the Justice and Development Party (AKP), in power since 2002, opposition parties have stepped up scrutiny of multibillion-dollar infrastructure facilities built as public-private partnerships, including the city hospitals as well as motorways, bridges and airports.

Many of the contracts rest on financial terms denominated in hard currency and involve generous turnover guarantees for the operators, threatening to swallow up billions of liras from the central government budget over lengthy terms of up to 25 years. The contracts stipulate international arbitration in case of disputes, but that has not stopped the main opposition Republican People’s Party (CHP) from pledging to review the contracts should it come to power in the next elections in 2023. In a party manifesto adopted in July 2020, CHP leader Kemal Kilicdaroglu vowed that once in power, his party would “examine and rearrange public-private investments and all investments taking away citizens’ money.” He has even raised the prospect of nationalization, though “not an extensive one,” saying that public-private projects have become a means of “robbing the state.”

Thirteen city hospitals with a total capacity of about 20,000 beds have been inaugurated since 2017, and five others are expected to become operational by the end of this year. Individual capacities are rarely below 1,000 beds, reaching about 3,000 in big cities. The contractors are all well-known AKP “favorites” like Ronesans, including the CCN, YDA, Turkerler and Astaldi.

Ankara stopped awarding new projects in 2019, but city hospitals in operation have already shown how costly the venture will be for taxpayers and how sweet the profits will be for the contractors over a quarter of a century. In the face of mounting criticism, the government has sought to obfuscate the budget funds that go to the hospitals, and since the beginning of this year has altogether stopped releasing them. In the 2021 budget, the allocation for rent and service payments to city hospitals is 16 billion liras ($1.8 billion), with a similar sum paid out in the past three years. Because of euro-denominated contracts, each increase in hard-currency prices adds to the cost of the payments. The total sum the government will pay to city hospitals over 25 years is estimated at more than $81 billion, but how much that will cost in Turkish liras remains unknown, depending on how the embattled currency will fare.