Turkey’s government might be forced to nationalize some megaproject investments, chief among them the new airport in Istanbul, which have hit dire straits under the combined impact of the COVID-19 pandemic and Turkey’s existing economic woes. 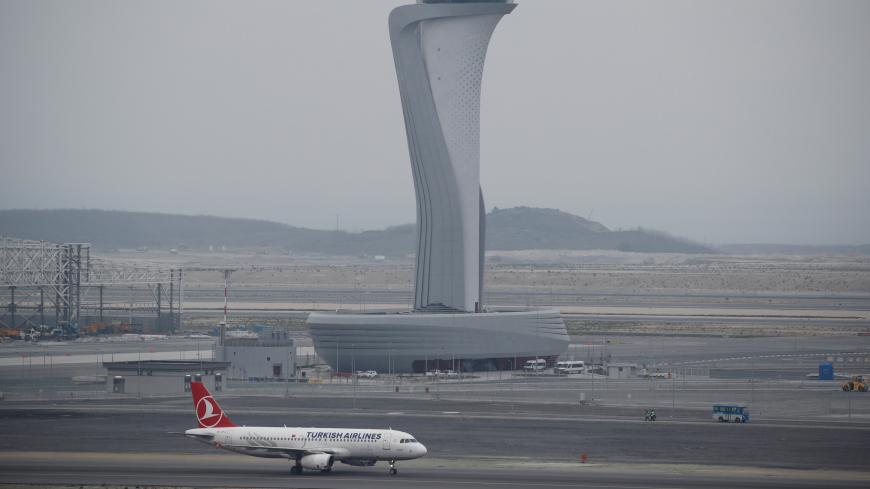 A Turkish Airlines Airbus A320 plane is seen on the tarmac of the city's new Istanbul Airport in Istanbul, Turkey. - Umit Bektas

Turkey’s “megaprojects” — a slew of multibillion-dollar infrastructure investments that Ankara has showcased as a hallmark of its economic success — are increasingly turning into a financial quagmire under the combined impact of the COVID-19 crisis and Turkey’s underlying economic woes. Istanbul’s posh new airport is likely to be first in line in potential nationalizations that Ankara might be forced to consider amid growing uncertainty on whether giant transport investments could survive as profitable ventures.

In Turkey, the economic fallout of the pandemic came atop ongoing fragilities that had already stymied economic growth in the past two years. In its April forecast, the International Monetary Fund projected that the Turkish economy would contract at least 5% this year, while leading indicators suggest the shrinkage could be even worse.

The megaproject investments — public-private partnerships that had flourished from 2011 onward — rested on the assumption that the Turkish economy would continue to grow by at least 5% per year and enjoy continued inflows of foreign funds that would keep foreign exchange rates more or less stable.

Yet such hopes did not materialize. From 2014 onward, the economy began to slow under the impact of global economic fluctuations, interest rate increases and a decline in foreign capital flows to Turkey. Eventually, the growth rate fell to an average of about 1.5% in 2018 and 2019.

The projects, which, along with giant Istanbul Airport, include motorways, bridges, tunnels, 28 medical campuses known as city hospitals and power plants, enjoyed lavish government incentives such as land allocation and loan guarantees as well as long-term service purchase and turnover guarantees for the contractors, which are mostly business groups close to the ruling Justice and Development Party or foreign companies. Most crucially, contract terms, including the companies’ rent obligations to the state, the government’s guarantees to the companies and service prices, were denominated in hard currency.

The severe deprecation of the Turkish lira in the past several years has gravely exacerbated the liabilities of both the contractors and the government while pushing up service prices for consumers at facilities where such prices were denominated in dollars. The average price of the dollar, which stood at about 3 liras in 2016, increased by an average of 20% per year in ensuing years, reaching 5.7 liras in 2019 and 6.5 liras in the first five months of 2020. Hence, the parties now need larger lira amounts to meet contract obligations denominated in foreign exchange. On the government side, the heavier burden of obligations to companies means a heavier burden on the budget and therefore on taxpayers, which is likely to continue throughout contract terms.

The contract value of public-private partnership projects totals $155 billion today, including $77 billion in investments and $78 billion in rent obligations to the state. The government’s leasing, purchasing and turnover guarantees to companies, meanwhile, amount to $142 billion over contract terms that often extend to 25 years.

Under the impact of the economic slowdown since 2018, many facilities were already underperforming in terms of passenger and traffic targets even before the pandemic hit. With their turnovers falling or even drying up due to the coronavirus pandemic, as in the case of Istanbul Airport, contractor companies have plunged into dire straits, struggling to repay loans and meet their obligations vis-a-vis the state as a continued uptick in foreign exchange prices this year has further aggravated their liabilities.

The turnovers of airports plunged to almost zero in the March-May period, while traffic through toll highways, bridges and tunnels significantly decreased. This extraordinary downtick in revenues has left contractor companies at risk of defaulting on their debt obligations stemming mostly from foreign loans, in addition to the foreign exchange losses they face due to the spike in hard currency prices. Airport operators have lost their ability to pay their rents to the state, which, to top it off, they are supposed to pay in hard currency.

The government is also under increasing strain. The disruption of services means that it is now saddled with financial burdens resulting from its turnover guarantees to operators. Moreover, Ankara might end up shouldering the foreign loan debts of companies. Contractors in seven megaprojects involving motorways, bridges and tunnels have signed $17.2 billion foreign loan agreements, and the government has offered guarantees to creditors to assume the debt if the borrowers default.

Ankara’s second biggest commitment — $35 billion in electricity purchases — stems from the contract of the Akkuyu nuclear power plant, which the Russians are building in southern Turkey.

Still, Istanbul Airport is the one that presents the worst risk among the megaprojects. The airport was built by five companies known to be close to President Recep Tayyip Erdogan at an estimated cost of 10.2 billion euros ($11.4 billion) under a contract signed in 2013. Ever since its inception, the project has been controversial for its economic merits and the environmental damage it caused in a forested area on Istanbul’s European side. The airport became operational in April 2019 with an initial capacity to handle 90 million passengers per year. The contractors have assumed an obligation to pay the state 22 billion euros ($24.5 billion) in rent over 25 years. Amid the COVID-19 pandemic and its far-reaching repercussions on travel and tourism, meeting such hefty rent obligations has become a tall order. Istanbul Airport appears to be first in line in potential nationalizations that Ankara might be forced to consider to rescue some of the megaproject investments.

Other giant projects hit by plunging traffic due to the pandemic include the third suspension bridge over the Bosporus linking Istanbul’s European and Asian sides, the underwater Eurasia Tunnel running under the Bosporus and the Osmangazi suspension bridge, which is part of a highway designed to reduce travel time between Istanbul and Turkey’s third largest city, Izmir. Whether those investments could live up to contract terms and survive as profitable facilities remains a big question mark. It is no longer a secret that their contractors are in constant contact with Erdogan’s palace, pleading for lifesavers. 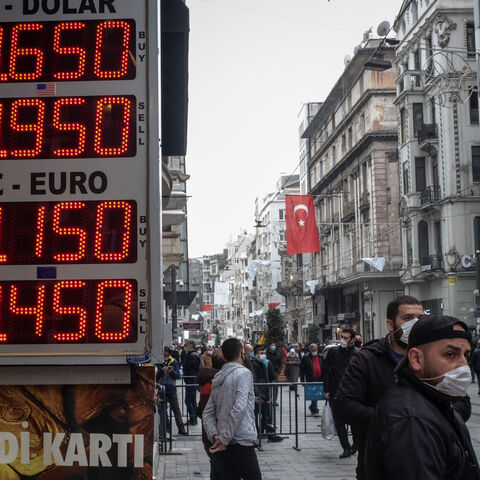