Family silver next in line in Turkey’s debt crunch

The hefty external debt of Turkey’s public and private sectors is increasingly imposing the option to offer asset swaps to creditors, including company shares and valuable real estate. 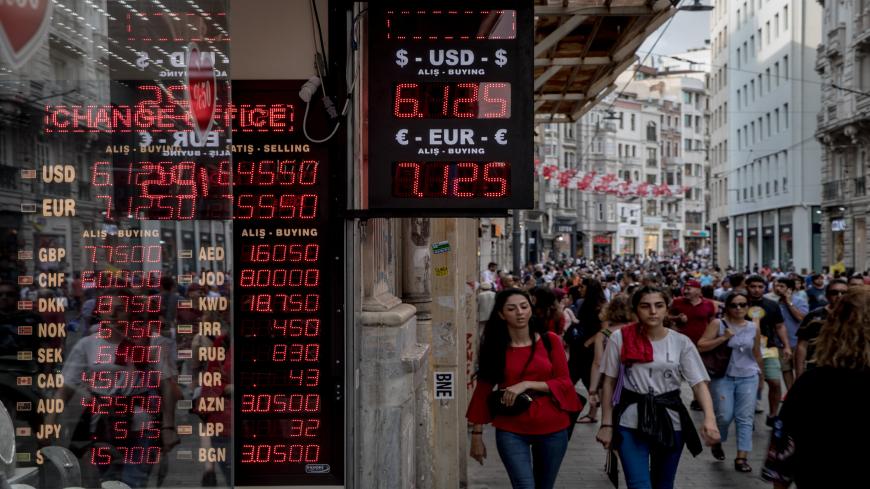 The fresh currency turbulence in Turkey saw the price of the US dollar rise about 11% in two weeks earlier this month. But rather than hiking interest rates against the sharp fall of the Turkish lira, the central bank decided Aug. 20 to continue curbing the liquidity it provides to banks. In other words, instead of directly raising rates, the central bank has passed the buck to banks, forcing them to sell foreign currency and increase yields on deposits to secure the liquidity they need. Inevitably, banks have hiked rates on loans as well, as a result of which the credit-driven economic warm-up since June is giving way to a cooling period. Yet another problem exacerbated by rising foreign exchange prices needs to be dealt with, namely the rollover of a bulky external debt.

According to central bank data, the external debt set to mature over 12 months amounts to $171.4 billion as of June. The sum represents nearly 40% of Turkey’s foreign debt stock, which totals about $430 billion and amounts to more than 60% of the gross domestic product, which is expected to fall to some $700 billion this year.

How will the Turkish economy cope with such a hefty external debt amid an outflow of vital foreign capital that has been going on for two years?

A way out that is increasingly imposing itself is to offer asset swaps to creditors, including company shares and valuable real estate, especially in Istanbul.

Turkish Airlines and the Istanbul Financial Center — both in the portfolio of the Turkey Wealth Fund, controlled by President Recep Erdogan and Treasury and Finance Minister Berat Albayrak, who is the president’s son-in-law — are seen among the assets that might be offered for such swaps.

In the private sector, the operators of Istanbul’s ambitious but troubled new airport and others involved in large infrastructure projects are similarly looking to sell assets or shares to roll over debt.

The Qataris are seen as the primary potential buyers.

The central bank data shows that the public sector is saddled with 35% of the short-term debt, with the rest owned by the private sector. The three public banks — Ziraat, Halk and Vakif — need to roll over $33 billion over 12 months. The second-largest short-term public debt belongs to the central bank, which needs to repay the $16 billion it obtained from Qatar and China as part of currency swaps to shore up its depleted foreign reserves.

The external debt the private sector needs to roll over 12 months amounts to $111 billion, including $61 billion owned by companies and the rest by banks.

The option of fresh external borrowing to roll over debt has become too costly, with Turkey’s risk premium on credit default swaps reaching the region of 550-600 basis points in mid-August. This makes Turkey the riskiest country by far among emerging economies. The risk premium of South Africa, which trails closest behind, is about half of Turkey’s.

And the downtick in asset prices amid the global economic downturn caused by the coronavirus pandemic is inevitably weakening the hand of those who seek to sell assets in exchange for debt.

While many businesses are already changing hands in Turkey, the banking community is abuzz with talk that major handovers are in store in the industry and the construction, tourism and civil aviation sectors. The rate of bad loans stands at 4.4% currently, but is expected to increase in the coming period because the bad loan classification period was doubled to 180 days of overdue as part of pandemic relief measures. Thus, company handovers are expected to intensify down the road amid fresh loan defaults, debt executions and bankruptcies.

Those most likely to seek debt-asset swaps are the companies involved in the so-called megaprojects, including motorways, bridges, airports and power plants, built as public-private partnerships in recent years. Many companies — chief among them the contractors of the giant Istanbul Airport, the third bridge and the underwater tunnel linking the European and Asian shores of the Bosporus and a number of motorways — used external loans to finance the constructions and are now facing major foreign exchange losses due to the slump of the lira. A dollar was worth 3-4 liras at the time they borrowed, but the price of the greenback is now well above 7 liras.

The treasury provided guarantees to $17.2 billion loans used by private companies in seven megaprojects. Hence, some of those liabilities might turn into public debt down the road and private entities might be taken over by the Turkey Wealth Fund in an alternative form of debt-asset exchange.

The fund, too, is seeking to monetize assets in its portfolio. On account of the $15 billion owed to Qatar by the central bank, Qatar has been offered major sections of the Istanbul Finance Center, a sprawling complex still under construction, and a deal seems to be imminent. The Doha-based Qatar Financial Center is reportedly planning to open offices in the Istanbul Finance Center as part of efforts to expand Islamic finance services to clients in Europe.

Ankara would be eager for more deals with Qatar to manage debt, counting on the thriving ties between the two governments. The assets seen as potential subjects to sale offers include Turkish Airlines, which incurred 2.2 billion liras ($304 million) in losses in the pandemic-hit second quarter and needs substantial financial support, the Istanbul Airport, which can handle 90 million passengers per year but has come to operate at less than 10% capacity only a year after its pompous inauguration, and even Ataturk Airport, which has become idle due to the new one.

The Qataris may be interested in such deals, but what concerns them the most is the future of Erdogan’s government, whose popular support has been waning amid economic woes. The next elections are scheduled for 2023, yet the oft speculated prospect of early polls seems to be forcing the Qataris to take it slow. A new government is expected to review the economic deals concluded under Erdogan, and what such scrutiny might unearth is anyone’s guess, given the lack of transparency that has surrounded cooperation with Qatar. Some transactions might even land in court. 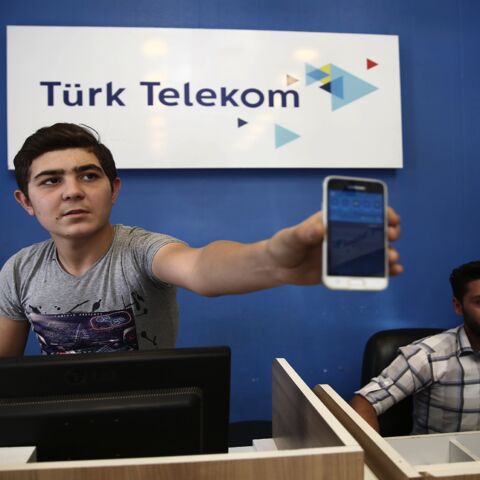