Apprehension is rife in Turkey that a loan-driven economic warm-up could devolve into major turmoil in the fall, with Ankara’s dubious management of the coronavirus pandemic feeding the unease. 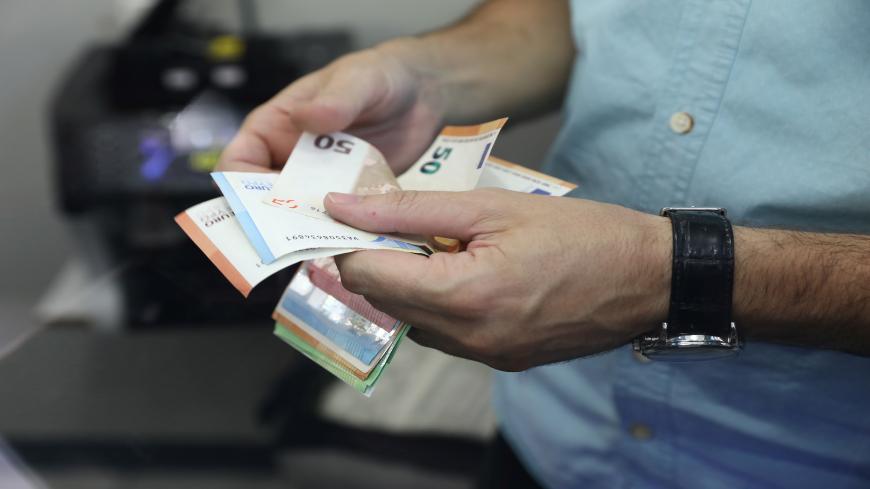 Pumped with cheap and abundant credit since early June, Turkey’s economy has warmed up after a pandemic-ravaged second quarter in which it is estimated to have shrunk more than 10%. The revival, however, is fraught with risks, as the fresh slump of the Turkish lira demonstrated this week.

The loan-driven uptick in domestic demand has an array of side effects, including on inflation, which was near 12% in July, and the country’s gaping foreign exchange gap, which had already depleted central bank reserves, when the embattled lira took another nosedive Aug. 6, plunging to record lows. The economic warm-up might well prove a false spring and devolve into a stormy season in October.

The coronavirus pandemic hit Turkey at a time when the economy was already ailing and President Recep Tayyip Erdogan’s popular support was already on decline. In the contraction from March to May, unemployment is estimated to have hit up to 52%, based on the broad definition of joblessness. After reopening the economy in June despite concerns the pandemic was not fully under control, Ankara gambled on stimulating domestic demand by enticing consumers with cheap, long-term credit. The loan bonanza, led by public banks at the government’s behest, sparked a rush for homes and cars, including an unprecedented boom on the second-hand car market. White appliances and furniture sales have increased as well. Amid the rapid loan expansion, the consumer debt stock has reached 737 billion liras ($100.5 billion), increasing 25% in the past seven months.

The revived demand set the wheels of the industry in motion, feeding expectation for further recovery.

Yet consumer prices have begun to rise, while the industry’s need for imported goods is stoking the demand for foreign exchange. But exports have yet to perk up and the crucial tourism sector is agonizing, meaning that little hard currency earnings are flowing in and the country’s current account deficit is growing. The flight of foreign capital has further worsened the problem, leaving the central bank scrambling for funds to shore up the gap.

For the Financial Times, Ankara has adopted a “high-risk approach” by warming up the economy through credit. The Aug. 3 article — headlined “Erdogan gambles on fast recovery as Turkey burns through reserves” — highlighted the meltdown in tourism, the flight of foreign investors and Ankara’s floundering efforts to defend the lira by spending tens of billions of dollars of reserves. “The collapse in tourism as a result of the coronavirus pandemic has left a gaping hole in the country’s finances. Foreign investors have fled, pulling out a large volume of funds from the country’s local-currency bonds and stocks over the past 12 months,” it said, adding that gross foreign exchange reserves had fallen by $13 billion this year.

The risks outlined in the article were hardly something new for economic actors in Turkey, but the globally authoritative voice of the paper triggered fresh jitters at financial markets, spurring the exodus of foreign investors.

Coupled with fresh interventions to prop up the lira, the jitters sent interest rates on overnight swaps for the lira to more than 1,000% in the London market Aug. 4. The Turkish stock market tumbled as well, with foreign investors leading the sell-off.

The specter of a fresh economic tremor and the eventual currency shock were hardly a surprise, given the trend that has been going on since 2018, when Turkey transitioned to an executive presidency system concentrating power in Erdogan’s hands. The new system, which largely disabled parliament and strengthened Erdogan’s tutelage over the judiciary, has put off Western investors, who hold the external funds that are vital for Turkey’s economy.

Erdogan shook foreign confidence even before he had assumed his new powers, flouting the central bank’s independence and touting unorthodox economic views in memorable remarks in London in May 2018. He went on to appoint his son-in-law, Berat Albayrak, as treasury and finance minister to preside over the economy. On top of it came a crisis with Washington over an American pastor jailed in Turkey, which sent the lira into a tailspin, causing the economy to contract through mid-2019.

The flight of foreign investors has been going on ever since. In the past year, $16 billion in foreign capital has fled the stock exchange alone. And as long as foreign investors stay away, the increase in foreign exchange prices remains a constant threat, as evidenced by the Aug. 6 tumult, in which the price of the dollar rose 4% in a single day.

In a bid to weather last year’s downturn, Erdogan imposed a low-rate monetary policy on the central bank after replacing its governor and top management. Cutting interest rates despite unruly inflation, he hoped, would revive the economy. Yet Ankara had to rein in hard currency prices as well. This is how the central bank began to intervene in the market, selling foreign exchange via public banks.

Foreign exchange, however, has remained in demand, seen as a safe haven by savers losing trust in the lira. The hard currency share in savings has reached 53%. Contributing to the demand is an external debt of nearly $170 billion that needs to be rolled over in the nearest 12 months. Foreign exchange is needed also for imports, even if Ankara is trying to curb them.

Against the rising foreign exchange demand, Turkey’s foreign exchange earnings have fallen due to a decline in exports and the collapse of the tourism industry amid the pandemic. The crunch has left the central bank with no option but to seek currency swaps to obtain foreign exchange. It has secured about $60 billion through swap deals, including $16 billion from Qatar and China and the rest from local banks, with swap money now accounting for some 68% of all central bank reserves. The measure, however, is only buying time as the control of foreign exchange becomes harder in the long run.

Moreover, both locals and foreigners appear little impressed by the credit-driven revival. Turks have continued to put savings in hard currency on expectations that the lira’s slump will continue and foreigners are still unwilling to stay. Turkey’s risk premium, reflected in credit default swaps, rose to 560 basis points in early August and remains the highest by far among emerging economies.

The currency shock is expected to cool the economy, but apprehension is rife that a bigger turbulence is looming in the fall. The unease has to do with the pandemic as well. The contagion has picked up since the lockdowns ended in June, with medics disputing the official tallies of new infections. The government’s failure at transparency, criticized since the virus first arrived, is only reinforcing mistrust in its management of the pandemic and the economy alike.