US Secretary of State Antony Blinken told a House of Representatives committee Monday that Israel "has control" over the territory. 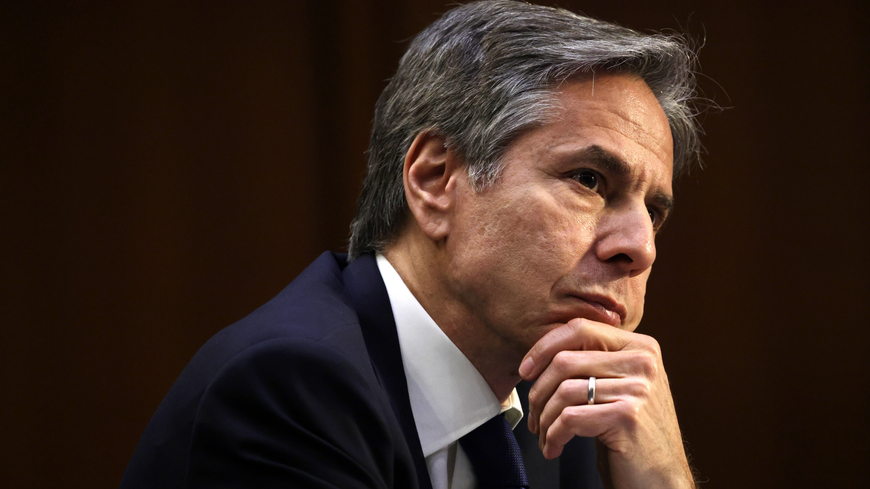 US Secretary of State Antony Blinken testifies during a Senate Foreign Relations Committee hearing at Hart Senate Office Building on June 8, 2021, on Capitol Hill in Washington. The previous day, he appeared before the House Foreign Affairs Committee. - Alex Wong/Getty Images

The Syrian government criticized US Secretary of State Antony Blinken on Wednesday for comments the diplomat made about the Golan Heights.

Blinken spoke before the House Foreign Affairs Committee on Monday. During the hearing, Blinken addressed the US view on the status of the Golan Heights. Israel captured the Golan from Syria during the June 1967 war and remains in control of the territory. Most of the international community recognizes the Golan Heights as Syrian territory occupied by Israel. In 2019, US President Donald Trump recognized Israeli sovereignty over the heights.

US President Joe Biden has not changed US recognition of Israeli sovereignty since taking office in January. Blinken appeared to confirm US policy remains the same Monday, saying the United States accepts that Israel controls the Golan regardless of legality.

“As a practical matter, Israel has control of the Golan Heights, irrespective of its legal status, and that will have to remain unless and until things get to a point where Syria and everything operating out from Syria no longer poses a threat to Israel, and we are not anywhere near that,” he said.

The Syrian Foreign Ministry rebuked the secretary Wednesday in response.

"The US former administration’s decision on recognizing that annexation is nothing but an additional indication to the US flagrant violation of the international legitimacy and its conventions,” a ministry official told the Syrian state SANA news outlet.

Blinken made similar remarks on the Golan in February.

Syria and Israel do not have diplomatic relations. Israel regularly carries out airstrikes against Syrian, Iranian and Hezbollah military targets in Syria.