A Houthi statement on the strike contradicted a report by The Associated Press, which said a child was killed in the war-torn city. 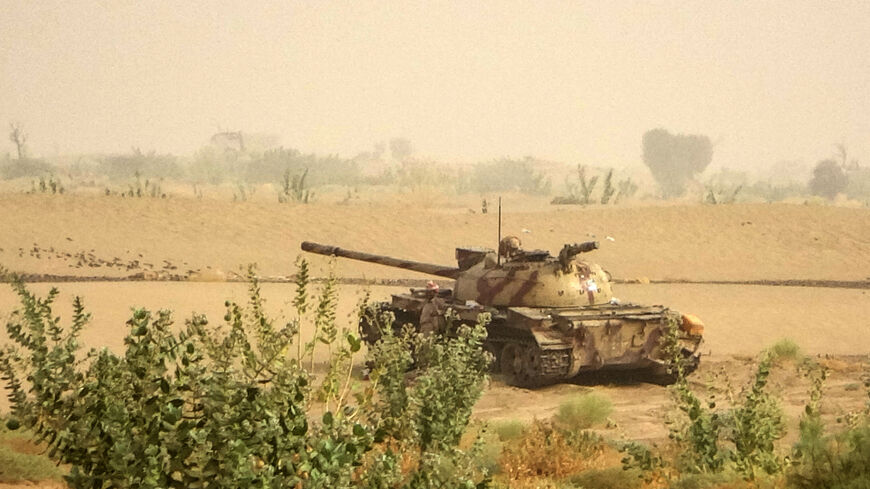 A tank is pictured at a position of Yemen's Saudi-backed government fighters near the front line facing Iran-backed Houthi rebels in the country's northeastern province of Marib, on June 19, 2021. - AFP via Getty Images

Three people died on Tuesday following a missile strike on Yemen’s embattled city of Marib. The Yemeni government and Houthi rebels disagree on the details.

Houthi rebels fired two missiles that landed in the Rawdha neighborhood of Marib. Three people were killed, including a child. An additional 10 people, among them two children, were injured, The Associated Press reported, citing a local Yemeni government official.

“The media's promotion of targeting civilian sites is false and baseless. Our rocket and drone strikes target clear and well-known military positions, and we take all necessary operational measures to protect civilians and civilian objects,” he added.

Yemen has been embroiled in a brutal civil war between the government backed by a Saudi-led military coalition and the Houthi rebels supported by Iran since 2014. Both sides have been accused of committing crimes against civilians and the situation there is often called the world’s worst humanitarian crisis.

Marib in particular has been the site of some of the worst violence in the country recently. The city is located in government territory in western Yemen, close to the border with Houthi areas. Earlier in June, a missile strike killed 21 people at a Marib gas station. The Saudi coalition blamed the Houthis, who denied targeting civilians. Last week, the United Nations warned about repeated targeting of civilians as part of the Houthi advance on Marib.

The fighting is not showing any signs of relenting this year, despite efforts by the United States. In March, Houthi forces said a Saudi-proposed cease-fire did not meet their demands.