Marginalization leads Fatah in Gaza to stage coup against Abbas

In a dramatic development within the Fatah movement, its members in Gaza announced their resignation in protest against the policy of marginalization and exclusion by President Mahmoud Abbas. 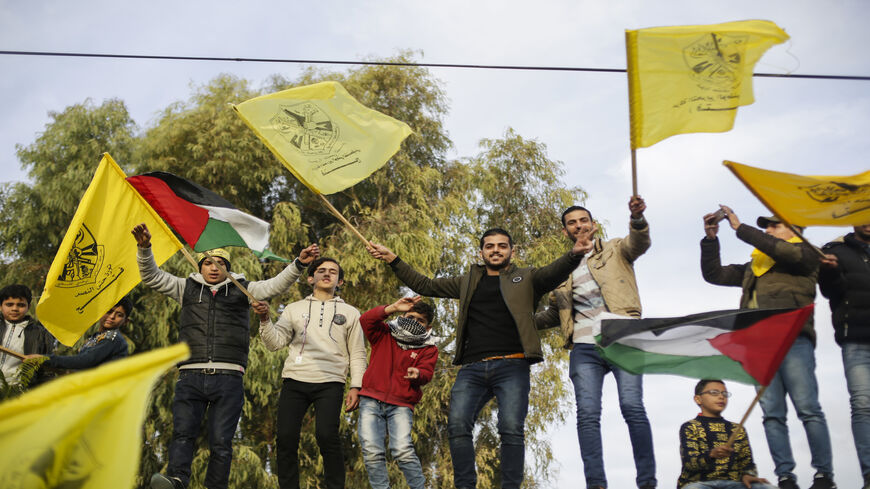 Amid growing discontent among Palestinians with President Mahmoud Abbas and the ruling Fatah movement, Fatah members in the Gaza Strip have announced their resignation.

On June 14, the east Gaza region of Fatah announced in a statement its resignation as its demands to pay attention to the Fatah members’ issues continue to be disregarded amid procrastination in giving employees their rights.

The statement also referred to “the Palestinian government’s unfair treatment of the two parts of the country despite the issuance of presidential decrees in this regard, let alone the procrastination in delivering on the promises made by the movement’s leadership regarding the 2005 file, the organizational framework, forced retirement, financial retirement and military retirement, among other outstanding issues.”

The resignations come at a tense time for Abbas and Fatah, with critics claiming the authorities employ a policy of alienation and exclusion against whoever opposes the octogenarian president's policies. On March 8, Abbas dismissed Nasser al-Kidwa, a member of Fatah’s Central Committee. On June 12, 2011, he had dismissed Mohammed Dahlan, a member of the movement’s central committee. Abbas’ opponents argue the dismissals were not made within Palestinian Authority (PA) regulations, but rather were unilateral decisions by Abbas.

Over the weekend, protesters took part in an angry march toward the Muqata — the PA headquarters in Ramallah in the West Bank — following the killing of Nizar Banat, a political activist opposed to the PA, on June 24 in the city of Hebron, a few hours following his arrest by PA security forces.

The east Gaza region’s move led to the issuance of Statement No. 1 on the part of Fatah members in Gaza suffering from the policies of Abbas. The statement demanded the lifting of all punitive measures taken against the Gaza Strip.

However, the Fatah leadership responded to these steps by merely announcing June 22 through the secretary of its Revolutionary Council, Fayez Abu Eita, in Gaza the formation of a professional committee that comprises the security services to solve the outstanding problems in Gaza. Also, the Fatah Revolutionary Council did not refer to the demands of the people in the final statement of its eighth session, which lasted three days in the city of Ramallah.

The failure to mention the Fatah members’ issues in Gaza during the final statement prompted these members to announce the issuance of Statement No. 2 in which they held Abbas fully responsible for solving all the outstanding problems in Gaza, and threatened that they would be taking to the streets to call for the fulfillment of their rights.

Iyad Nasr, the official Fatah spokesman in Gaza, refused in a phone call with Al-Monitor to answer a question about Abbas’ formation, once again, of committees tasked with solving the issues of the Gaza Strip.

“I am not required to make a statement on this issue. There will be people tasked with talking about the matter, including the resignation of members of the east Gaza region,” he said.

Abdullah Abdullah, a leader in the Fatah movement from Ramallah, told Al-Monitor that some of the actions taken by the Fatah members in Gaza are based on rightful demands.

He said that the events in Jerusalem and the recent war on the Gaza Strip are one of the obstacles to accelerating the problem-solving process.

But he denied that the Revolutionary Council had ignored the issues of the Fatah movement’s members in Gaza, as these issues are to be solved by the Palestinian government through committees that need to be formed, and this process requires some time.

He stressed that the Fatah movement does not distinguish between its sons, as all are equal.

“We are all one body and there is no difference between Gaza and the West Bank,” he added.

However, he also called on the Fatah movement’s leadership to consider the reasons behind the Fatah members’ ire in Gaza.

Rami Abu Karsh, the official spokesman for the 2005 discharges, from Gaza, told Al-Monitor that the issue of forming committees to solve the Gaza employees’ crises is a new lie aimed at buying time. He stressed his rejection of the policy of geographical discrimination against the Gaza Strip and the West Bank through the formation of committees.

Abu Karsh noted, “Committees were formed in January to solve the outstanding Gaza issues, including the issue of employees discharged in 2005, and the mechanisms for the solution were agreed upon. A committee was formed under the leadership of Rawhi Fattouh, a member of the Central Committee of Fatah during the visit of the central delegation to Gaza in April, but the crisis is yet to be solved. President Abbas announced the postponement of the elections, and this proves that the promises were merely given in the context of electoral propaganda.”

He stressed that the 2005 employees’ issue can be solved with a decision by Abbas, who knows full well that such employees are legal as per the security forces' Law No. 8 of 2005, and the delay in finding a solution to their crisis is a crime against Palestinian law.

Talal Awkal, a political analyst and writer from Gaza, told Al-​Monitor that the east Gaza region’s resignation comes within the framework of attempts, protests and pressure on the Palestinian leadership and the Fatah leadership to expedite the mechanism of dealing with Fatah in the Gaza Strip, because a large part of the Fatah members suffer from punitive measures against Gaza.

He said, “The east Gaza region neither has a program nor a mission with a national political dimension — hence the feeling of marginalization.”

Awkal added that this is part of the internal crisis plaguing the Fatah movement, as exemplified by the intentions of both the Kidwa-led Freedom List and the Dahlan-led Future List to separately run for the legislative elections that were called off, causing the discontent within the movement.

“The protest movement is expected to expand should the demands of the Fatah members in Gaza fail to be heeded. These no longer believe that there are genuine intentions to address their problems,” he said.

“Fourteen years later, however, this vision seems to be incorrect and unsuccessful,” Awkal concluded.