If the eight-faction change government succeeds in getting sworn in, this is how it will look like. 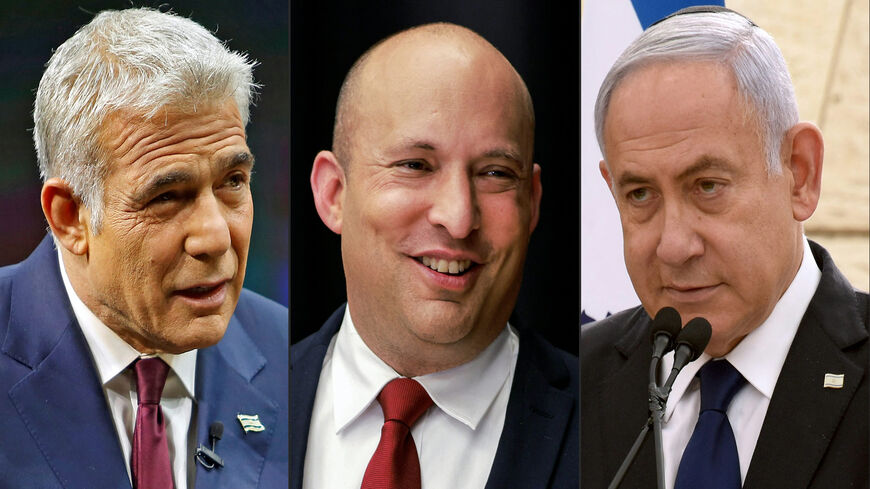 Opposition chair and leader of Yesh Atid Yair Lapid notified last night, June 2, President Reuven Rivlin that he had succeeded in assembling majority support for establishing a new government. In other words, his party managed to sign, at the very last moment before his deadline expired, coalition agreements with parties representing a Knesset majority. Lapid must now preserve this majority support until the swearing in of the new government, expected in about a week, making sure no "defectors" impend on his 61 Knesset-member majority.

Championing a campaign to oust Prime Minister Benjamin Netanyahu, who has been governing for 12 consecutive years, Lapid cobbled up a coalition that unites right, center and left-wing parties, including the Muslim Ra’am party, which will support the government from the outside. Thus, the eight-faction change coalition includes right-wing Yamina, New Hope and Yisrael Beitenu, centrist Yesh Atid, center-left Blue and White and Israeli Labor, left-wing Meretz and Arab Ra’am.

As leader of the second-largest Knesset party, and after Likud's Netanyahu failed in assembling a majority-backed government, Lapid was offered by the president to take up that mission. In order to ensure a majority, Lapid conceded to a rotation agreement with Yamina’s Naftali Bennett, so that Bennett will serve as premier for the first two years of the new government. During these first two years, Lapid will serve as alternate prime minister and as foreign minister, taking up premiership for the third and fourth years of the government.

Break-up of the new government:

The party will also get the tourism and the energy portfolios.

The party will also get the settlement portfolio.

The party will also get the science portfolio.

The party will also get the Negev/Galilee and the agriculture portfolios.

The party will also get the diaspora portfolio.

No ministers. Mansour Abbas will preside the Knesset’s interior committee.