Parliament speaker Yariv Levin announced the Knesset will hold a vote of confidence this weekend, to be followed by the swearing-in of the new government led by Naftali Bennett and Yair Lapid. 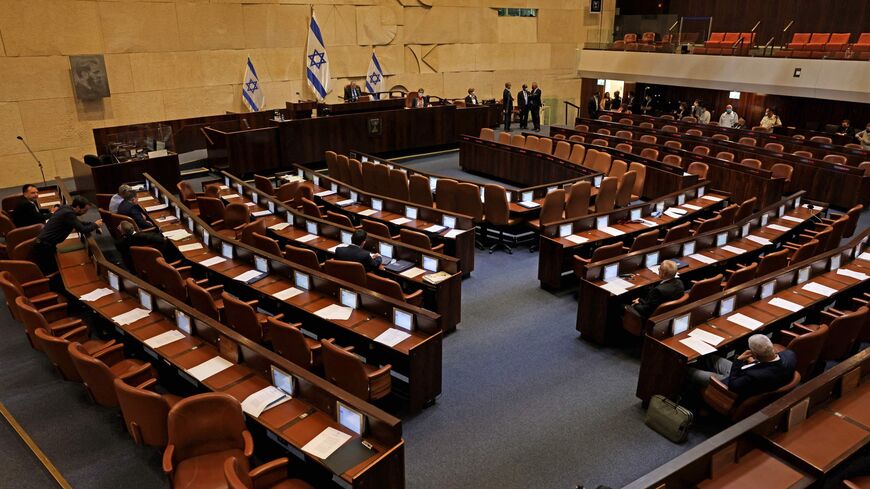 A general view of the Knesset is seen in Jerusalem on June 7, 2021. - MENAHEM KAHANA/AFP via Getty Images

The Israeli parliament will vote on Sunday to approve a new government that would oust Prime Minister Benjamin Netanyahu after 12 straight years in power.

“The debate and vote on the new government will take place Sunday, June 13, 2021, during a special session of parliament,” parliament speaker Yariv Levin said in a statement on Tuesday.

The opposition had accused Levin, a member of Netanyahu’s Likud party, of dragging his feet. The longer it takes to schedule a vote, the more time Netanyahu has to peel off supporters of the new coalition.

If the vote of confidence passes on Sunday, right-wing Yamina leader Naftali Bennett will be sworn in that same day, replacing his former political mentor as prime minister.

Bennett is part of an ideologically diverse coalition of eight parties assembled by opposition leader Yair Lapid, who announced last Wednesday that he had reached a deal with opposition parties who shared the goal of ousting Netanyahu.

“It’s happening!” Lapid tweeted on Tuesday following Levin’s announcement. “The unity government is on the way and ready to work on behalf of all the people of Israel.”

Under the proposed rotation agreement, Bennett will serve as prime minister until 2023, when Lapid takes over for the rest of the four-year term. But the arrangement is far from a done deal.

At 61 seats, the Bennett-Lapid coalition has a razor-thin majority in the 120-member Knesset. It would only take one lawmaker’s defection to derail the vote and Netanyahu is pressuring right-wing members to do just that.

If Netanyahu succeeds and the confidence vote on Sunday fails, Israel could be headed for another general election — its fifth since 2019.

Speaking at a press conference on Sunday, Bennett called on his former boss to “let go” and “let the country move forward.”

“Don’t leave scorched earth behind you,” Bennett said. “We all want to remember you for the considerable good you’ve done for the State of Israel.”