Israel Defense Forces Chief of Staff Aviv Kochavi is scheduled to fly to Washington this weekend, with the mission of restoring trust and cooperation between the sides, especially on the Iranian file. 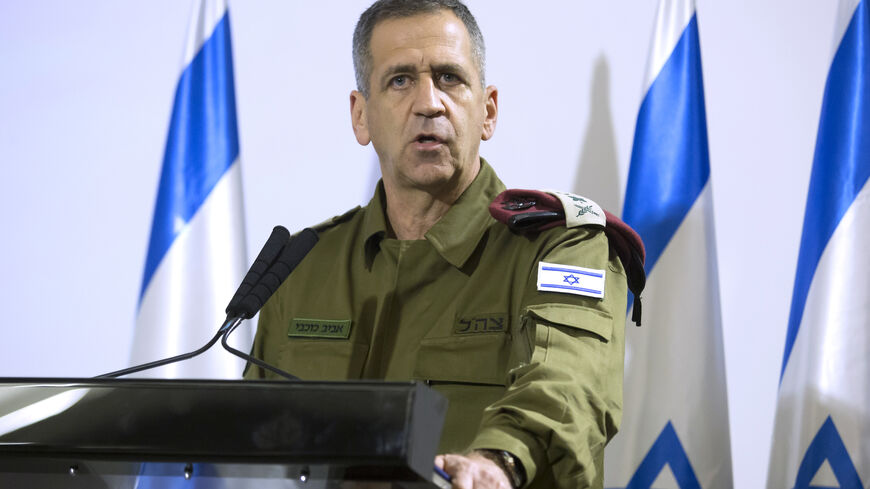 Due to a series of circumstances, it turns out that Israel’s top soldier will likely be the first ranking official to personally deliver a message from the new Bennett-Lapid government to the US administration in Washington.

The chief of staff of the Israel Defense Forces (IDF), Lt. Gen. Aviv Kochavi, had postponed two scheduled Washington visits in recent months at the last minute due to security-related exigencies. If nothing untoward happens in the coming hours, he is to board a flight to Washington on June 20.

On June 16, he held a lengthy meeting with Prime Minister Naftali Bennett to discuss his Washington agenda. Although soldiers in uniform are not supposed to involve themselves in politics, Kochavi is to become the first top-level Israeli official to present himself in the US capital with personal messages from Israel’s newly installed prime minister.

The timing of his visit to Washington is crucial and dramatic. Contrary to initial Israeli assessments, the nuclear program deal between the United States and world powers and Iran has not been finalized yet. What Israeli analysts described as President Joe Biden’s “mad dash” to return to the nuclear agreement has become a complex, exhausting saga. Israel had been hoping in recent weeks that negotiators in Vienna would fail to reach significant understandings or a breakthrough prior to the June 18 presidential elections in Iran.

Kochavi starts his Washington itinerary two days after those elections, which Israel expects will place the most conservative hard-liner among the candidates, Ebrahim Raisi, who has been dubbed the “butcher,”  in the job. Raisi is seen as being far less flexible on the Iran deal than outgoing President Hassan Rouhani has been. “We are in the twilight zone between two Iranian presidents and administrations,” a senior Israeli security source told Al-Monitor on condition of anonymity, “and that is why we have to strike while the iron is hot and hand the Americans all possible materials in order to cool their enthusiasm for a speedy return to the deal.”

As mentioned, circumstances have tasked Kochavi with this mission — assuming his visit goes ahead as planned. Tensions between Israel and Hamas are on the rise. Israeli planes bombed Hamas targets in Gaza the night of June 17 in response to incendiary balloons launched into Israel that ignited dozens of fires in recent days and laid waste to hundreds of acres of farm and forest land in Israeli border communities. Kochavi has instructed the IDF to prepare for renewed clashes with Hamas, just a month after the previous round of violence ended. Nonetheless, Israel’s top military brass and officials are hoping Kochavi’s trip goes ahead this time. His mission is too important to be postponed by a local military escalation.

While politics are not on the agenda, Kochavi is to try to convey to his American colleagues the “new spirit” that Bennett and Foreign Minister Yair Lapid are hoping to instill in the complex relationship between Jerusalem and Washington. “We want to return to an intimate, discrete, thorough dialogue based on trust and friendship,” Lapid told Al-Monitor. “We will undoubtedly have disagreements with the Americans. For example, it’s no secret that we object to the previous nuclear agreement. On the other hand, if we work with the Americans rather than against them, we will try to exert influence from within and rebuild everything that has been destroyed between us in recent years.”

Bennett and Lapid sense that the Biden administration is pleased with the government change in Israel. “This was also clear from the tone of this week’s conversation between Biden and Bennett,” one of the new prime minister’s aides told Al-Monitor on condition of anonymity. “They know that Bennett is no left-wing sympathizer nor a member of [anti-occupation nongovernmental organization] Peace Now, but they also know a new relationship of trust and truth is possible.”

Kochavi is to be accompanied on his visit by two senior officers: Maj. Gen. Tal Kalman, who is charged with the IDF’s strategy on Iran, and Brig. Gen. Amit Saar, the head of the Military Intelligence Research Division. The three are to hold a short seminar for their Pentagon colleagues, in the presence of Gen. Kenneth "Frank" McKenzie, the leader of the US Central Command, to present the lessons of Israel’s Operation Keeper of the Walls in Gaza last month. Kochavi — in a departure from the approach used after previous rounds of fighting — decided to speed up the process of reviewing and analyzing the lessons from the latest round of fighting and he comes to Washington with some of the material, summaries, data and analyses already complete. The Americans, for their part, will present their guests with the accumulated lessons that their various forces have learned from similar conflicts in other arenas in the world.

The Iran challenge will obviously be a key agenda item. Kochavi also is to present new Israeli intelligence assessments, and discuss Iran’s continued entrenchment efforts in Syria, as well as the cyberwar Iran is waging against Israel and the West. The Palestinian issue is also expected to come up, specifically the Palestinian Authority’s inability to stem growing Hamas popularity in the West Bank in the wake of Operation Keeper of the Gates.

Kochavi is to try to explain to his American counterparts the rules of the game that the new government is trying to put in place vis-a-vis Hamas. This policy, which builds on decisions adopted by the government of former Prime Minister Benjamin Netanyahu, defines every incendiary balloon launched from Gaza into Israel as tantamount to a rocket fired at Israeli communities. Accordingly, the Israeli air force mounted a relatively significant bombing of Gaza late June 17 in response to the balloons dispatched the previous day.

The question is how determined Israel will be to carry out this decision, even at the cost of frequent rounds of fighting with Gaza, a scenario that would greatly weaken the Bennett-Lapid coalition, which relies for its majority on a party (Ra’am) that represents Israel’s Islamic movement. Kochavi will have a hard time providing an answer to that question. Israeli politics is far more complicated than Israel’s military situation.