Iran's vaccine rollout has been marked by delays as the virus continues to spread rapidly across the country. 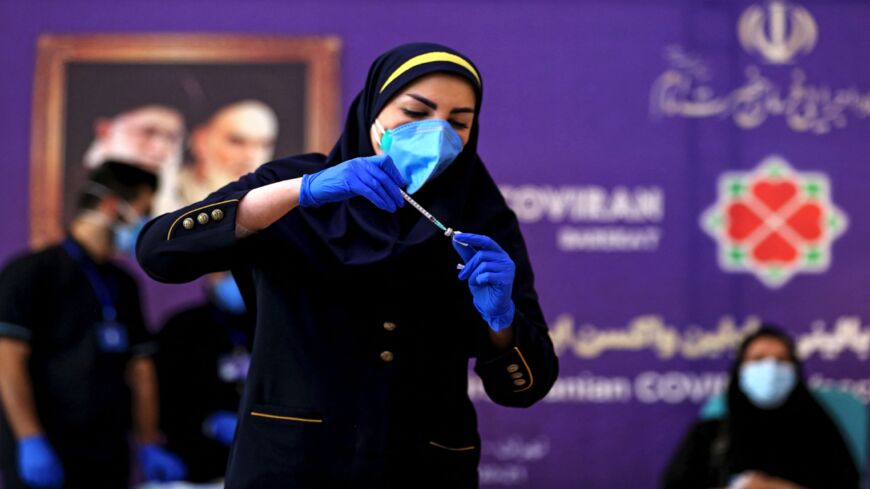 An Iranian health worker prepares an injection of the Iranian-made COVID-19 vaccine during the start of the second phase of trials in the capital, Tehran, on March 15, 2021. - ATTA KENARE/AFP via Getty Images

Iran’s Health Ministry has approved a second domestically made COVID-19 vaccine for emergency use. The vaccine campaign in Iran has been relatively slow, and the country has been badly hit by the coronavirus.

Iranian Health Minister Saeid Namaki said Tuesday that the Pasteur vaccine completed its third phase of clinical trials and received “permission for its emergency use.” The vaccine was developed in partnership with Cuban scientists, the state-owned Press TV reported.

The Islamic Republic has been among the countries worst affected by the pandemic in the Middle East. The country is registering around 10,000 new cases a day among its population of more than 80 million.

The vaccine rollout began in February for medical workers, but it has been hindered by a lack of supplies, long lines and crowded vaccine centers. This has left some people over the age of 70 who are eligible for the vaccine unable to receive it. The government has blamed the sluggish vaccine campaign on countries failing to deliver promised doses and international banking restrictions on Iran.

As of June 21, only 4.78% of Iranians had received one vaccine dose. The percentage increased significantly starting in late April but has since slowed, according to the Oxford University-based Our World in Data.

Iranian officials said on June 1 that a mass vaccine campaign for most of the population will begin in September. This constituted another delay.

Iran and Cuba have worked together to fight the virus throughout the pandemic. In addition to teaming up on the Pasteur vaccine, Cuba sent 100,000 doses of its Soberana vaccine to Iran in April for the third phase of its trial.