Iran’s Supreme Leader Ayatollah Ali Khamenei said he turned down foreign-made vaccines because receiving Iran's own vaccine is a source of "national honor." 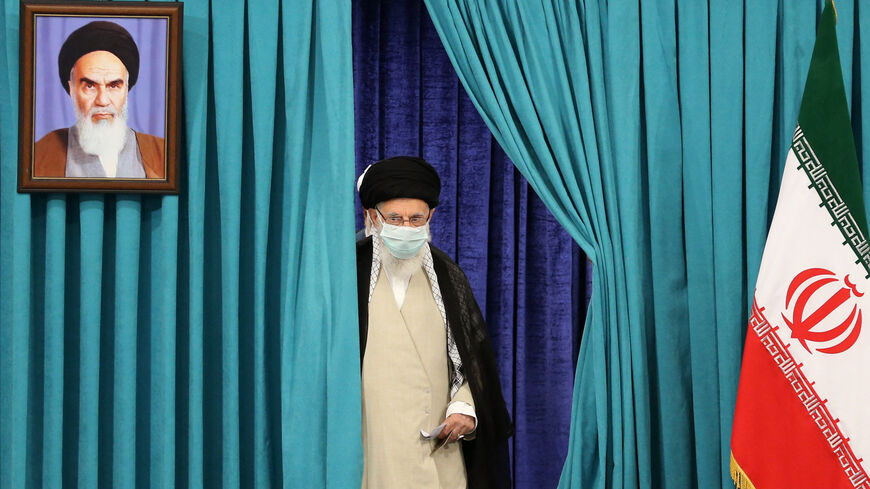 Iran's Supreme Leader Ayatollah Ali Khamenei wears a face mask due to the COVID-19 pandemic as he arrives to cast his ballot on June 18, 2021, the day of the Islamic republic's presidential election. - ATTA KENARE/AFP via Getty Images

Iran’s supreme leader received the country’s first domestically made coronavirus vaccine on Friday, describing the jab as a source of national pride.

“I did not want to use the non-Iranian vaccine,” state news outlets quoted the 82-year-old Ayatollah Ali Khamenei as saying. “So I said I would wait for the Iranian vaccine because we must respect this national honor.”

The Health Ministry said on Friday that by the end of August, vulnerable groups, ill patients and people over the age of 60 will be eligible to receive the Iranian vaccine, followed by students and teachers.

In January, Khamenei announced he was banning the importation of vaccines made in the United States or United Kingdom, calling them unreliable. Iran’s leaders, meanwhile, have said US economic sanctions and banking restrictions have hindered their ability to secure vaccines from abroad.

The World Health Organization’s COVAX initiative, however, has supplied Iran with vaccines from Russia, China and India. The Associated Press reports that through its participation in COVAX, Iran could import enough doses to inoculate half of its population.

Iran’s Health Ministry registered 115 more deaths from the virus on Friday, bringing the death toll to more than 83,500. The country of 83 million people has experienced the Middle East’s worst coronavirus outbreak, with more than 3.1 million cases.

Iran’s new president-elect, hard-line judicial chief Ebrahim Raisi, has pledged to speed up the country’s vaccination drive when he takes office in August.

"Domestically produced vaccines and if necessary those produced abroad [will be obtained] quickly … so that people will feel at ease and the economy will flourish," Raisi said on Tuesday.