Iran enjoys warm relations with the Latin American state and the two countries are also developing a coronavirus vaccine together. 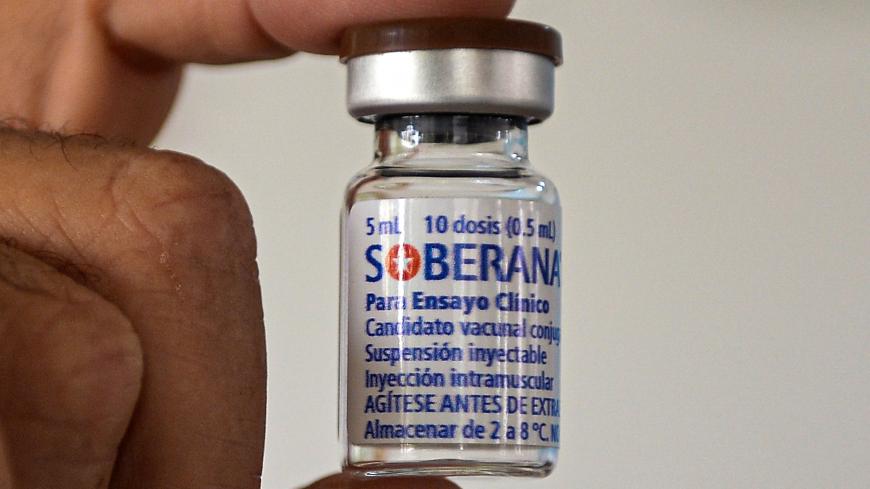 Vicente Verez, director general of the Finlay Vaccine Institute, shows a vial of the Soberana 02 vaccine at the Molecular Engineering Center in Havana, Cuba, on Feb. 25, 2021. - YAMIL LAGE/AFP via Getty Images

Iran received a large shipment of COVID-19 vaccines from Cuba on Thursday.

The first dose of the vaccine will be administered to 100,000 people in Iran as part of the third phase of its trial. Iran and Cuba are also working to develop a vaccine together that could be ready by April, according to the outlet.

Iran has been one of the hardest hit countries in the region by the coronavirus and has been registering several thousand infections per day for several months. The Islamic Republic began administering vaccine doses in February. Some Iranian media outlets have accused the government of giving out the vaccine based on personal connections as opposed to health considerations.

Iran and Cuba enjoy friendly relations in part because both states are adversaries of the United States. Iran is also close with Venezuela in the Western Hemisphere for similar reasons.