A national vaccination campaign is still at least several weeks away as Iran records its highest-ever daily coronavirus infections. 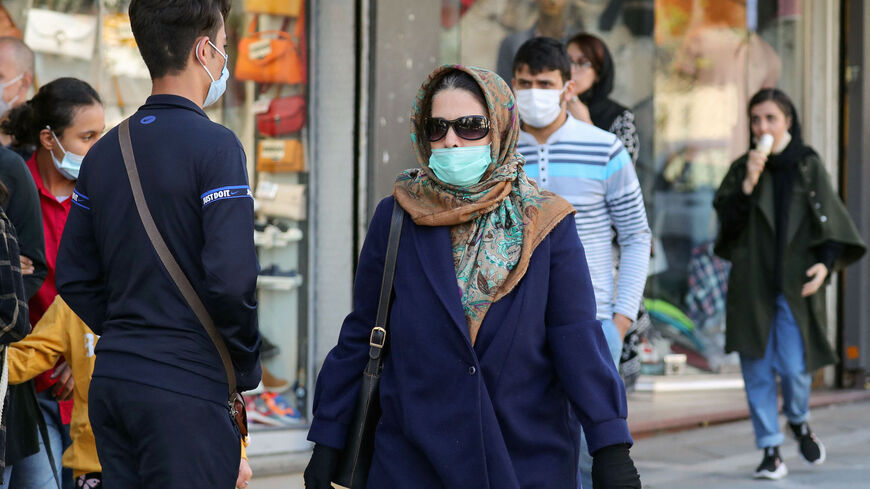 Iranians wearing face masks walk in a street in the capital Tehran, on March 29, 2021, as rising COVID-19 infections fueled fears of a fourth wave of the pandemic. - AFP via Getty Images

Iran broke its record for most COVID-19 cases in a day on Wednesday. The country continues to be hit hard by the novel coronavirus and a nationwide vaccination campaign is still at least several weeks off.

The Iranian Health Ministry registered 20,954 new cases in the past 24 hours, the semi-official Tasnim News Agency reported on Wednesday. There were also 193 deaths among Iran’s population of more than 83 million.

The daily toll is the highest ever since the start of the pandemic. The next highest daily figure was 13,961 on Nov. 26, according to Worldometer.

Iran was one of the first countries to experience an outbreak last year and has continuously struggled to control the pandemic. Cases have been rising steadily since late March.

The current outbreak follows the Persian New Year celebrations in March and comes ahead of the Islamic holy month of Ramadan. The government also reported rising cases of the new COVID-19 variant in February.

Medical workers in Iran began receiving vaccine doses in February. However, a nationwide vaccine program will not begin before late spring. The state plans to obtain 16 million doses through the World Health Organization’s COVAX program, 25 million doses from abroad and another 25 million via domestic production, according to Tasnim.

Iran has made some progress, acquiring 100,000 doses from Cuba in March.