Iraq broke its record for most coronavirus cases in a day Wednesday and the country is far from having enough vaccine doses for its population of around 40 million. 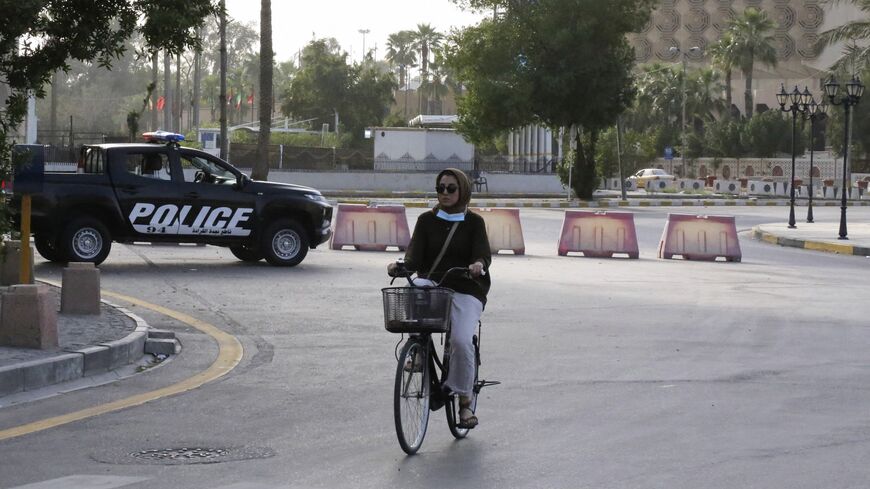 A cyclist with a face mask at the ready rides along an otherwise empty street in the Karrada district of Iraq's capital, Baghdad, on April 9, 2021, during a total curfew imposed by authorities to curb coronavirus cases. - Photo by SABAH ARAR/AFP via Getty Images

Iraq is experiencing historic highs in daily COVID-19 cases. The country has acquired nearly 400,000 vaccines doses so far, nowhere close to what is needed to inoculate most of its population of around 40 million.

There were 7,937 new coronavirus infections reported throughout Iraq on Friday, the Ministry of Health said in a news release. The record is Wednesday’s toll of 8,331 cases. Daily cases have been rising since February and are now much higher than the previous highs of around 5,000 a day in September, according to Worldometer. The country has reported 14,641 coronavirus deaths.

The Iraqi government is encouraging people to take the vaccine for the coronavirus and has criticized its citizenry for not adhering to social distancing and mask-wearing guidelines. Agence France-Presse reported that Baghdad now has a 24-hour curfew on the two weekend days of Friday and Saturday and an 8 p.m. curfew on other days, and that concrete barriers have been placed across the city to impede movement.

AFP also reported that the Health Ministry said Friday that shops, restaurants and other businesses where employees have not been vaccinated are to be closed.

As of late March, the country had only obtained 386,000 doses, according to Doctors Without Borders. This means that the country has not even acquired enough doses to vaccinate all of its 216,000 medical workers.

“The country should be considered one of the priorities globally for vaccination efforts, and a priority in the Middle East where it has been one of the hardest hit nations,” said Doctors Without Borders in a report on Iraq.

More vaccine doses could be on the way soon. The Ministry of Health said Thursday that it is in talks to receive more of the Pfizer vaccine, which is supposed to be administered in two doses.