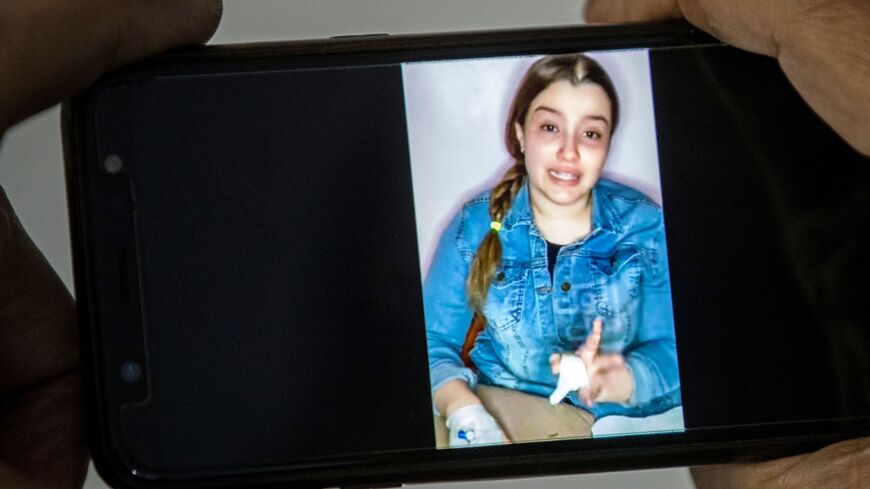 A man watches a video posted by Egyptian TikTok influencer Haneen Hossam on her social media pleading with the authorities to drop the charges against her, in Cairo on June 23, 2021. Egyptian police arrested Hossam, 20, on June 22, two days after she failed to appear in court for her sentencing to 10 years on "human trafficking" charges, a security official said. - KHALED DESOUKI/AFP via Getty Image

Egypt has arrested a female TikTok star after a Cairo court convicted her in absentia of human trafficking.

On Tuesday, AFP reported that Hossam was arrested in a suburb of the Egyptian capital and transferred to the Public Prosecution. Her lawyer, Hani Sameh, told Reuters the 20-year-old Cairo University student will appeal the sentence.

“We will demand restoration of the case proceedings because there are contradictions between the verdict and the merits on which the court’s decision is based,” Sameh said.

Using its expansive 2018 cybercrime law, Egypt has detained a number of women accused of posting “indecent videos” and promoting “immorality” on TikTok and video-sharing app Likee. The independent Egyptian news outlet Mada Masr reports that at least 10 female content creators have been jailed since the beginning of the government’s crackdown in April 2020.

Last year, Hossam and al-Adham were found guilty of violating family values. Their convictions were overturned by an appeals court in January, but the Public Prosecution then filed new human trafficking charges against the pair.

In a video posted to Instagram shortly before her arrest, Hossam pleaded with Egyptian President Abdel Fattah al-Sisi to pardon her.

“Ten years! I didn’t do anything immoral to deserve all this. I was jailed for 10 months and didn’t say a word after I was released. … Why do you want to jail me again?” she said. “I was wronged, and I did not do anything. I am literally dying. Save me.”

In a statement Tuesday,, a group of nine human rights groups called for the recent convictions to be overturned and for the Public Prosecution to “stop imposing its ill-defined perceptions of family values ​​on citizens.”