As European leaders prepare to review EU-Turkey relations in a summit this week, advocates urged greater links between future cooperation and improvements in basic rights and the rule of law in Turkey. 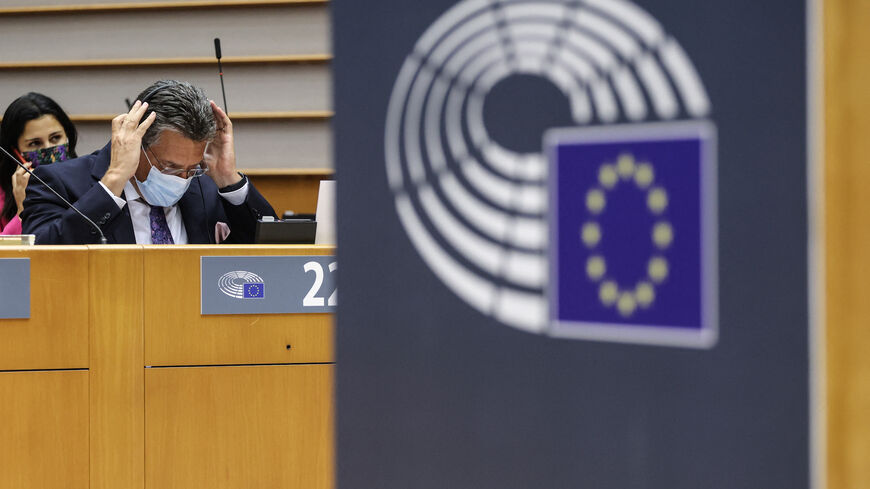 ISTANBUL — Faced with a packed agenda for the June 24-25 European Council summit in Brussels, European leaders will once more assess relations with Turkey on a number of critical issues and plot out the road ahead for bilateral cooperation.

Top items to be discussed include migration management and an extension of the “positive agenda” set forth in the Council’s March statement linking advancements in EU-Turkey trade talks to continued progress on territorial disputes in the Eastern Mediterranean, which deeply strained Greece-Turkey relations in 2020.

Despite a set of aggressive naval drills Wednesday, Athens and Ankara have commenced exploratory talks on addressing maritime boundary disagreements, which EU leaders have welcomed as a marked improvement in recent months. Yet as Brussels is set to review engagements with Ankara in this week’s summit, advocacy groups are calling for a greater focus on democratic rights and the rule of law in Turkey.

The groups call on the Council to increase pressure on the Turkish government to release prisoners of conscience, end political influence on the nation’s judiciary and implement European Court of Human Rights rulings. The statement is part of a chorus of similar appeals to EU officials ahead of the summit to prioritize basic rights in negotiations with Turkey.

The meeting in Brussels will take place days after Turkey’s Constitutional Court agreed to hear a case for the closure of the nation’s second-largest opposition party, the pro-Kurdish Peoples’ Democratic Party (HDP), and about a week after a party member was killed in an armed attack on the HDP’s Izmir office.

This comes amid ongoing protests against the Turkish government’s plans to withdraw from the Istanbul Convention to protect women from violence, growing pressure on the Turkish LGBT community and broader democratic backsliding since a failed coup in 2016.

A set of summit draft conclusions seen by Politico indicate “rule of law and fundamental rights in Turkey remain a key concern” for Council members, with the text stating “the targeting of political parties and media represent major setbacks for human rights and run counter to Turkey’s obligations to respect democracy.”

The draft statements are not likely to achieve their desired outcomes unless greater conditionality is built into EU-Turkey cooperation, according to Ilke Toygur, an analyst of European Affairs at the Elcano Royal Institute and a fellow at the German Institute for International and Security Affairs.

Toygur, who argued this week for more emphasis on basic rights in Turkey, said recent summits between US, European and NATO allies have focused on redefining multilateral cooperation by supporting democratic principles against rising global authoritarianism, and such efforts should begin with Turkey.

“What we need is that any advancement in Turkey-EU relations in any area should be clearly linked to improvements in rule of law and basic rights and freedoms in Turkey,” Toygur told Al-Monitor.

A number of advocates, including former European Parliament rapporteur Kati Piri, have suggested such conditions be applied in ongoing EU-Turkey Customs Union modernization talks that would oversee future trade relations.

Turkish and European officials will also prioritize negotiations over renewed migration accords, as the €6 billion 2016 EU-Turkey Statement expired in March and both parties are seeking to continue cooperation in reducing irregular migration and providing aid to more than 3.7 million Syrian refugees currently living in Turkey.

Discussions on this front are more complex, Toygur said, noting Ankara has expressed interest in expanding the migration agenda to new areas of cooperation, while EU officials are more likely to keep the current framework in place, with a focus on guaranteed returns for rejected asylum applicants and continued financial assistance to Turkey, Jordan and Lebanon.

Apart from migration, Sinan Ulgen, chairman of the Istanbul-based Center for Economic and Foreign Policy Studies, said he expects few concrete steps from this week’s summit and EU-Turkey relations in the near-term. Ulgen said current dynamics leave the EU “in a rather odd position,” as the bloc holds limited sway in negotiations with Ankara without advancements in Customs Unions talks or long-stalled visa liberalization plans for Turkish citizens.

Noting elections are looming in Germany and France and will likely disrupt foreign policy agendas, Ulgen said the summit was a “politically opportune time” for EU leaders to establish a roadmap for bilateral ties and “give momentum to the Turkey-EU relationship.” To do so, he suggested focusing on areas with positive developments, such as in the Eastern Mediterranean, warning failure to make further progress could hamper future prospects for cooperation.

“Turkish behavior in the East Med has changed; exploratory talks with Greece have started. But despite that, the EU is unable to come up with concrete decisions, and I think they will be criticized for that in Turkey,” Ulgen told Al-Monitor.