As President Joe Biden appealed for calm, Prime Minister Benjamin Netanyahu said Wednesday there was no timeframe for ending the conflict with Hamas. 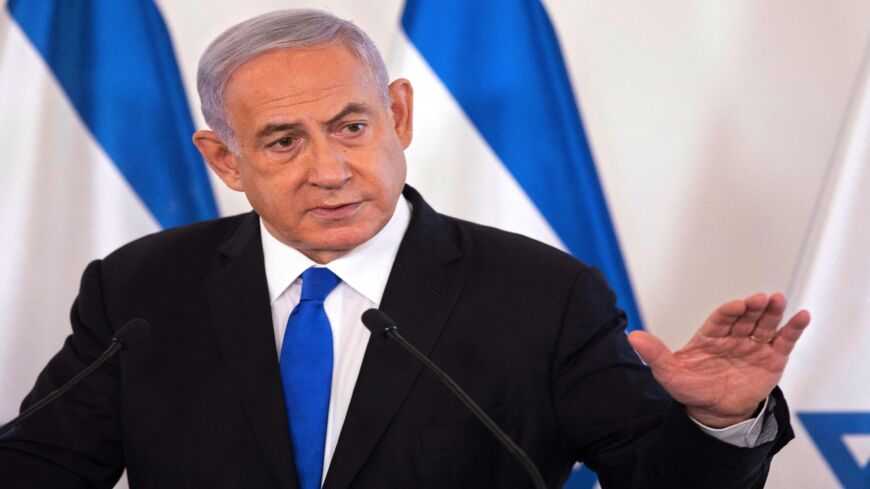 Israeli Prime Minister Benjamin Netanyahu gestures as he shows a slideshow during a briefing to ambassadors to Israel at the Hakirya military base in Tel Aviv, Israel on May 19, 2021. Netanyahu said today that Israel's aerial bombing campaign on the Gaza Strip was aimed at deterring Hamas, but he did not rule out conquering the enclave's Islamist rulers. - SEBASTIAN SCHEINER/POOL/AFP via Getty Images

President Joe Biden told Prime Minister Benjamin Netanyahu that he expected “significant de-escalation" on Wednesday — the same day the Israeli leader told diplomats there was “no timeframe” for ending the fighting with Hamas.

The grueling conflict between Israel and Hamas entered its 10th day despite mounting international calls for a cease-fire. Israeli warplanes are pummeling the Palestinian enclave with airstrikes, and rockets launched by the Gazan militants continue to rain down on southern Israel.

As of Wednesday, at least 219 people in the Gaza Strip — nearly half of them women and children — have died in the Israeli strikes, according to Palestinian Health Ministry officials. Authorities in Israel have reported 12 casualties from the militants’ rocket attacks, including two children.

Netanyahu and Biden “had a detailed discussion on the state of events in Gaza, Israel’s progress in degrading the capabilities of Hamas and other terrorist elements, and ongoing diplomatic efforts by regional governments and the United States,” according to a White House readout of the call.

“The President conveyed to the Prime Minister that he expected a significant de-escalation today on the path to a cease-fire,” the readout said.

During a briefing with dozens of foreign diplomats at a military headquarters in Tel Aviv on Wednesday, Netanyahu suggested the conflict’s end was not in sight.

“We’re not standing with a stopwatch. We are taking care of the operation’s objectives,” Netanyahu said in the closed-door session. “Previous operations lasted a long time, so it is not possible to set a timeframe."

Behind the scenes, international mediators are pushing for a truce, and on Tuesday, France called for a UN Security Council resolution on Gaza. An Egyptian security source told Reuters that Israel and Hamas have “agreed to a cease-fire in principle after help from mediators,” but the details were still being worked out.

On Hamas, which has run the Gaza Strip since 2007, Netanyahu said Wednesday, “You can either conquer them — and that’s always an open possibility — or you can deter them.”

“And we are engaged right now in forceful deterrence, but I have to say, we don’t rule out anything,” he added.