The gesture underscores a groundswell of opposition to Israel's policies among progressive lawmakers. 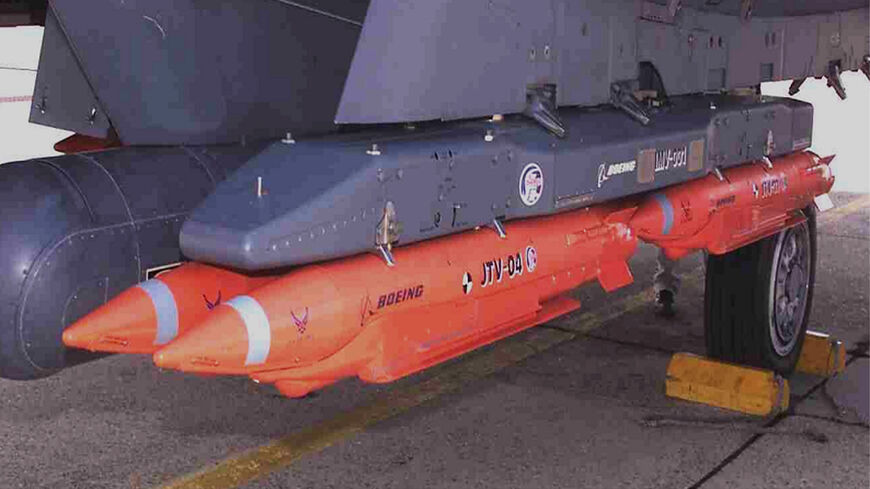 Four 250-pound class GBU-39/B guided weapons are seen mounted on a USAF F-15E on Aug. 14, 2003, at Eglin Air Force Base, Florida. GBU-39s are part of an arms package for Israel that some progressive Democrats are opposing. - US Air Force via Getty Images

A group of progressive Democrats in the US House of Representatives is planning to introduce a joint resolution to block the Biden administration’s planned $735 million sale of bombs and JDAM guidance kits to Israel amid the ongoing conflict with Gaza.

The move is unlikely to pass, and the window to consider the measure has largely closed.

But it marks a major milestone in rising opposition among progressive lawmakers to US military support for Israel amid the Benjamin Netanyahu government’s policies toward the Palestinians.

“The United States should be prioritizing humanitarian aid and upholding human rights, not rushing through arms sales that could fuel further violence,” read a statement by the lawmakers provided to Al-Monitor.

"For decades, the US has sold billions of dollars in weaponry to Israel without ever requiring them to respect basic Palestinian rights," New York Rep. Alexandria Ocasio-Cortez said in a statement. She added, "In so doing, we have directly contributed to the death, displacement and disenfranchisement of millions."

Selling US-made weapons to Israel while the congressional Democratic leadership is calling for a cease-fire “is completely tone-deaf,” McCollum told Al-Monitor in an emailed statement. “Israel needs to end the bombing of Palestinian families in Gaza and the Biden administration must do more to bring a conclusion to this terrible crisis as swiftly as possible,” she said.

The move by the progressive Democrats comes a day after House Foreign Affairs Committee Chairman Rep. Gregory Meeks, D-N.Y., appeared to back away from a plan to urge the Biden administration to delay its plan to grant Boeing a license for the munitions sale after officials agreed to brief lawmakers on the issue.

The proposed sale was not publicly announced by the Biden administration, in line with policy on such direct licensing transfers, according to a US official.

Meeks called an emergency meeting of Democrats on the foreign affairs panel Monday night after The Washington Post broke the story on the arms transfer. Some committee members had not learned about it until last weekend as this week's deadline for Congress to raise an objection loomed, according to the Post.

The so-called joint resolution of disapproval will be put to the committee for consideration by House Speaker Nancy Pelosi, but time has run largely out. So far there is little sign of opposition to the sale in the Senate, where a similar resolution would force a vote in the upper chamber.

The resolution comes amid mounting criticism of President Joe Biden’s tiptoe approach to stemming the violence.

Israel's targeted airstrikes and artillery into the densely populated Gaza Strip have killed some 219 people as of Wednesday, nearly half of them women and children, according to local health authorities. Twelve Israelis have died since Hamas and the Islamic Jihad began fusillades of now thousands of rockets into Israel.

Israeli strikes have displaced an estimated 52,000 people in Gaza, the UN humanitarian aid agency said Tuesday. The violence is the worst between Israel and Palestinian groups since Operation Protective Edge in 2014, which left more than 2,000 Palestinians and at least 75 Israelis dead. Six civilians were killed in Israel.

Congress was notified of the arms sale a week before the fighting erupted May 10; reports that Israel has been using JDAM-guided bombs have raised concerns that the proposed shipment may be deployed in the fighting if the conflict does not end soon.

The United States previously provided Israel with some 14,500 JDAM systems, which convert unguided bombs into "smart" munitions for precision targeting, as part of a $1.8 billion deal following the 2014 Gaza war.

President Biden told Netanyahu in a phone call Wednesday that he “expected a significant de-escalation today on the path to a cease-fire,” according to the White House. Netanyahu thanked Biden for his support but made clear that Israel will continue its devastating strikes in the Gaza Strip.

“We’re not standing with a stopwatch. We are taking care of the operation’s objectives,” Netanyahu was reported to have said during a closed-door briefing with foreign diplomats in Tel Aviv, adding, “Previous operations lasted a long time, so it is not possible to set a timeframe."

France on Wednesday led a push backed by Egypt and Jordan for a UN Security Council Resolution to pressure Israel to end its campaign.

The United States has so far unilaterally blocked three attempts over the past week by the other 14 member states to call for a cease-fire.

Such a resolution would be the first against Israel since 2016, when the Barack Obama administration broke with US precedent and abstained from a vote, effectively allowing the Security Council to condemn Israel's illegal settlements in the West Bank and East Jerusalem. 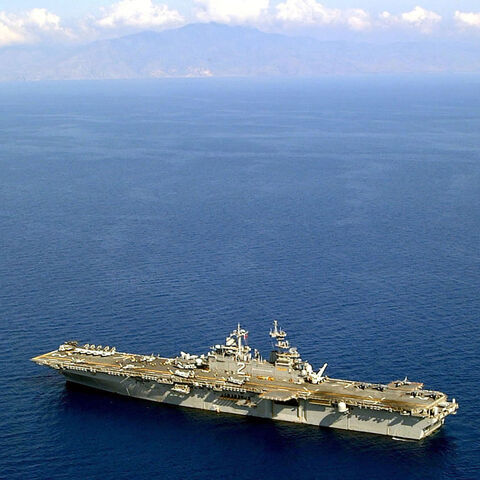