Hady Amr, the top State Department official on Israeli-Palestinian affairs, will push for both sides to de-escalate. 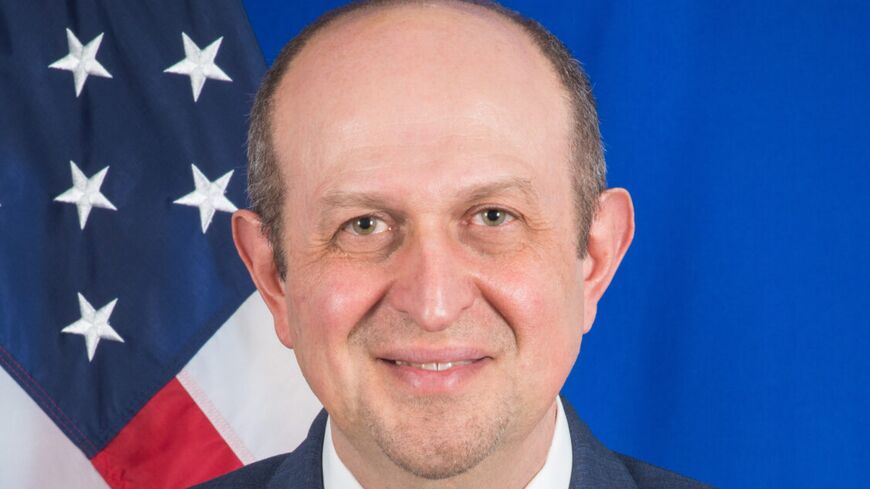 The Biden administration is dispatching a senior diplomat to meet with Israeli and Palestinian leaders as the fighting intensifies between Israel and militant group Hamas.

“He will urge on my behalf, and the behalf of President Biden, the de-escalation of violence," Blinken said, adding that the United States is “very focused” on resolving the conflict.

"We fully support Israel's legitimate right to defend itself. We've condemned, and I condemn again, the rocket attacks in the strongest possible terms,” Blinken said. "We believe Palestinians and Israelis equally deserve to live with safety and security."

In recent days, the State Department has issued a number of statements calling on both sides to exercise restraint, and US officials remain “engaged across the board” with their Israeli and Palestinian counterparts, Blinken said.

But Amr’s trip to the region — his first since taking on the job — follows calls from Democrats and Republicans for President Joe Biden, who hasn’t yet named an ambassador to Israel or a special envoy for the peace process, to play a more active role in defusing the spiraling violence.

“Right now, it’s critical that the Biden administration engage proactively in securing an immediate ceasefire and pushing all sides to de-escalate,” J Street, a liberal Jewish-American lobbying group, said in a statement. “With lives on the line, our government can and should be doing more.”

At least 53 people, including 14 children, have been killed in Israeli airstrikes, the Health Ministry in Gaza said Wednesday. Meanwhile, Hamas and other militant factions have rained more than 1,000 rockets into Israel that have killed at least six civilians, according to the Israeli military.

“There is a very clear and absolute distinction between a terrorist organization, Hamas, that is indiscriminately raining down rockets — in fact, targeting civilians — and Israel's response defending itself,” Blinken said, adding that Israel has an “extra burden” to avoid civilian casualties, especially children.

Of the reported child casualties, four Palestinian children were killed near a refugee camp in the Gaza town of Beit Hanoun, the UN agency for Palestinian refugees said. In the southern Israeli city of Ashkelon, at least one child was injured in the militants' rocket fire.