Businessman and philanthropist Osman Kavala, who has remained in prison without a conviction since 2017, was denied release on Friday. 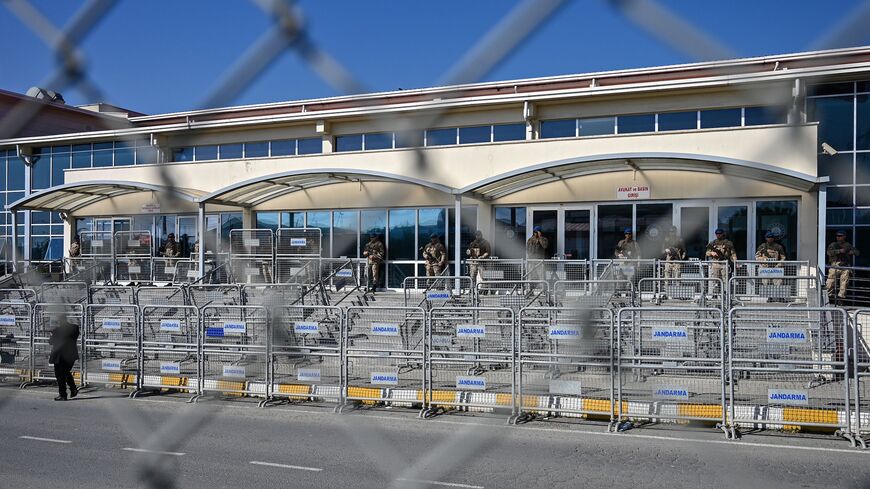 Turkish soldiers stand guard in front of the Silivri Prison and Courthouse complex in Silivri, near Istanbul on Feb. 18, 2020, during the trial of civil society figure Osman Kavala and 15 other people charged with seeking to overthrow the government. - OZAN KOSE/AFP via Getty Images

A retrial for Turkish philanthropist Osman Kavala and 15 others accused of organizing the 2013 Gezi Park protests opened on Friday, in a case that human rights organizations say is emblematic of Turkey’s crackdown on civil society.

Turkish prosecutors allege that Kavala coordinated and financed the nationwide unrest that erupted in central Istanbul, sparked by a heavy-handed police response to environmentalists protesting the park’s planned demolition. He was arrested in November 2017.

In February 2020, Kavala was acquitted of the Gezi Park-related charge, but rearrested hours later on charges of spying for the United States and aiding in the attempted 2016 coup that sought to topple Turkish President Recep Tayip Erdogan. Kavala denies all the allegations.

In January, an appeals court overturned the Gezi Park acquittal and said that the case should be reopened and include the espionage charges.

According to the pro-government Daily Sabah newspaper, on Friday the Istanbul court rejected Kavala’s request for release from the Silivri High Security Prison in Istanbul, where he has been held for three and a half years. The next hearing in his case is set for Aug. 6.

"The charges against me keep changing. … As if a baton handed over in a relay race, various judges and courts have been carrying over my arrest," Kavala told the courtroom Friday.

A prominent civil society leader, the Paris-born Kavala ran an organization that promotes cross-cultural collaboration in the arts and helped found US billionaire George Soros' Open Society Foundation in Turkey. The European Court for Human Rights concluded in December 2019 that his lengthy detention was “intended to punish him as a critic of the government.”

A joint German-French statement released by the French Embassy in Turkey on Thursday called on Kavala to be released without delay.

“Turkey’s treatment of Osman Kavala and the non-implementation of the ECtHR judgment is not worthy of a state governed by the rule of law or with longstanding membership of the Council of Europe,” the statement said.

The US State Department has also called for Kavala’s immediate release, with a statement in February denouncing the “spurious charges” against him and warning that his prolonged detention risked undermining the rule of law and democracy.

Turkey’s human rights record, including its treatment of political prisoners, has remained a source of tension between Ankara and Washington. Next week, Deputy Secretary of State Wendy Sherman will travel to Turkey in the first such high-level visit from the Joe Biden administration.