Sudanese Prime Minister Abdallah Hamdok abolished plans to build the Dal and Kajbar dams along the Nile River near the border with Egypt after protests from local communities. 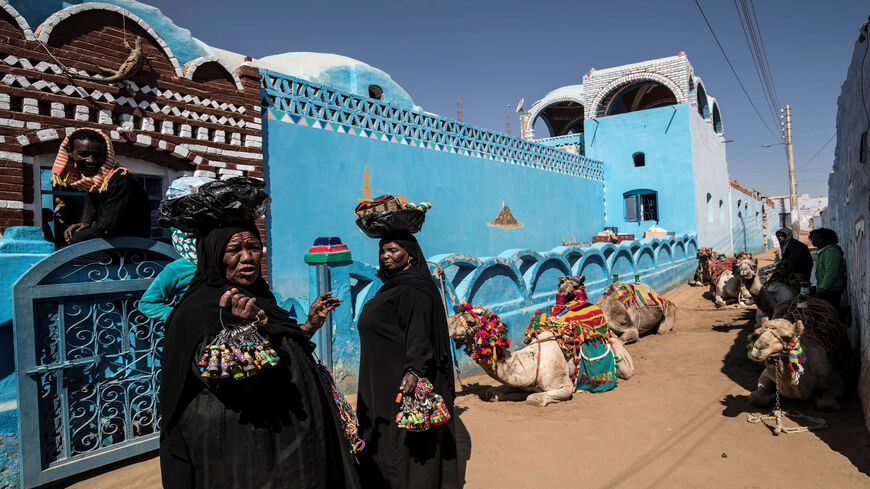 Sudanese Prime Minister Abdalla Hamdok issued a decision April 22 to cancel the construction of two dam projects along the Nile River near the border with Egypt after years of protests from local communities.

In a statement issued by his office, Hamdok said plans for building the Dal and Kajbar dams in the Northern State will be abolished. The two dams were proposed by the former regime of Omar al-Bashir, who argued that the projects would bring economic development to the area.

“All mega dam projects along the Nile River will be carried out after conducting all necessary economic, social and environmental studies,” Hamdok said during a visit to the city of Kidintakar on the second anniversary of the uprising that ousted Bashir.

The prime minister said the northern Sudanese states have been largely marginalized in all development plans in the past. “It is about time now for all local communities to be part of any decision [to carry out projects] and to benefit from the revenues of these projects,” he added.

The move by the Sudanese government to cancel the construction of the two dams is part of a peace agreement signed in August 2020 between Khartoum and the rebel Sudan Revolutionary Front. The deal ended 17 years of conflict in the southern states of South Kordofan and Blue Nile.

Speaking to Al-Monitor, Mohamed Salah, a member of a local resistance committee against the dam projects, said the Dal dam project was first proposed by the Bashir regime in 1995 to be built south of Nubia Lake — known in Egypt as Lake Nasser — on the second cataract of the Nile. “The Kajbar dam, meanwhile, was proposed in 2007 to be constructed on the third cataract of the Nile River,” he said.

Salah said studies of the two dam projects date back to the colonial era after the construction of the Aswan Low Dam (the first Aswan dam) in Egypt on the former first cataract of the Nile between 1899 and 1902.

When first unveiled by the Bashir regime, the dam projects had triggered mass protests from local communities, who feared that the two dams would flood dozens of villages in the area, displacing thousands and destroying archaeological sites, some dating back thousands of years.

In 2007, four people were killed and dozens injured by Sudanese security forces during one of the protests against the dam projects.

According to Salah, the planned electricity generation from the two dams was very low compared to the loss of agricultural lands and archaeological sites caused by the projects.

“The displacement of the Nubians in Egypt in the wake of the construction of the Aswan Dam has left a deep belief among the Nubians in Sudan that the establishment of those two dams would be a death knell for all Nubian areas and their culture along the Nile,” he said.

Nubia, which translates in the “land of gold,” is located across southern Egypt and northern Sudan along the shores of the Nile River. Over the years, the Nubians have been repeatedly displaced from their lands in Aswan in southern Egypt, starting in 1902 following the construction of the Aswan Low Dam to regulate the annual flooding of the Nile River.

Another wave of displacement occurred in 1912 when this dam was raised, and again, in 1933, when the dam was raised once more. These construction works have led to the flooding of a number of Nubian villages and the death of dozens of workers.

In 1963-64, when the High Dam was completed under former President Gamal Abdel Nasser’s rule, the government evicted tens of thousands of Nubians from their homes in 44 villages overlooking Lake Nasser. They were transferred to barren lands that were not suitable for agriculture.

Sudan started building dams in the 1920s, utilizing the country’s diverse water resources, the most important of which are the Blue and White Niles, in addition to seasonal rivers such as the Setit and the Atbara.

Sudan and Egypt are currently engaged in a heated dispute with Ethiopia over the Grand Ethiopian Renaissance Dam (GERD) being constructed by Addis Ababa on the Blue Nile, a tributary of the Nile River.

While Ethiopia says that the GERD aims to generate electricity and achieve economic development, Egypt fears that the project will imperil its water share from the Nile, the country’s only source of freshwater. Sudan, meanwhile, is worried about the safety of its dams and about regulating water flows.

Both Khartoum and Cairo have called for a legally binding pact on the filling and operation of the GERD, a demand resisted by Addis Ababa. Years of negotiations between the three countries have failed to make a breakthrough on reaching an agreement.

In an effort to rally African support for reaching a binding agreement on the GERD, Sudanese Foreign Minister Mariam al-Mahdi on April 29 set off on a multi-leg tour to the Nile Basin countries of Kenya, Rwanda and Uganda to explain Sudan’s views on the current dispute with Ethiopia on the dam project.