The Nubian community is persisting with its fight to stop the Sudanese government from building the Kajbar Dam, which they say will drown their villages. 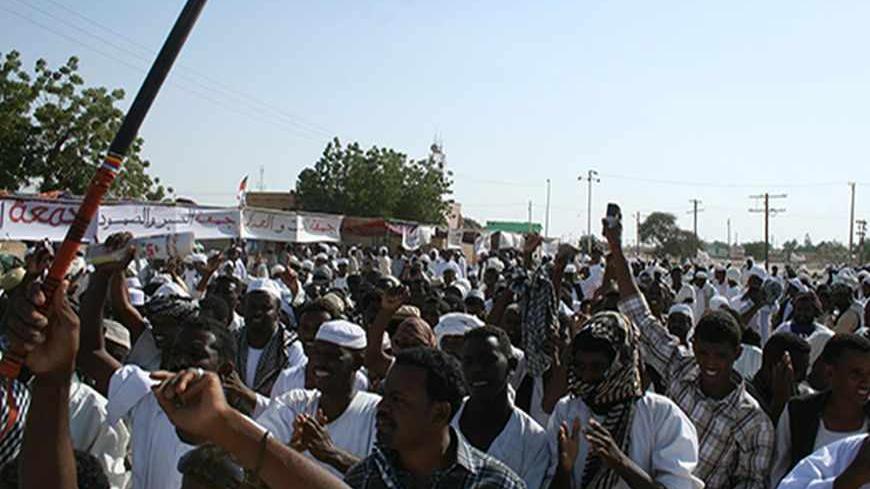 Manasir demonstrators protest in January 2012 in Justice Square in El-Damer in River Nile state, Sudan. The Manasir were displaced by the Merowe Dam. - Hushaam El-Tayeb
Reem Abbas
@ReemShawkat
May 14, 2013

KHARTOUM, Sudan — On the morning of June 13, 2007, Mohamed Fageer Sid-Ahmed spent one hour convincing his mother that he needed to participate in a protest taking place later that day to protect his land.

His mother was adamantly against the idea — he was her only child after all — but he won the argument and joined the protest. Thousands of Nubian women and men protested that day from different towns and villages that would be affected by the Kajbar Dam, a dam project proposed by the Sudanese government in the mid-1990s.

The protesters marched to the dam site to protest; after being hit by heavy tear gas, all of a sudden, live bullets were fired and Sid-Ahmed was the first victim to fall to the ground.

“He was shot in the back. At the time, he was giving water to the protesters, but police forces shot at the protesters from up the mountains,” said Osman Ibrahim, the secretary-general of the Higher National Committee to Resist the Kajbar Dam, in an interview with Al-Monitor.

Ibrahim hails from Nubia, an area that stretches from northern Sudan to southern Egypt and dates back thousands of years.

When Egypt built the High Dam in the 1960s, tens of thousands of Nubians in Egypt and Sudan were displaced. In Sudan, they were resettled in an area far away from the Nile, the bloodline of their community.

“I feel that there is a conspiracy against Nubians, the government wants to get rid of us, they think we are all Communists,” said Ibrahim.

The government of Sudan stated through Yousef Tahir Qureshi, an adviser to the governor of Northern state, that the dam will generate 360 megawatts of electricity.

Qureshi told the Sudan News Agency (SUNA) earlier this month that two large-scale agricultural projects will be established and services will be offered to those resettled.

The head of the anti-dam committee, Ezzeldeen Idris, told Al-Monitor that it is unclear how many villages will drown.

“The dam implementation unit failed to provide us with a feasibility study that tells us how high the dam will be, so we can't clearly say how many villages will be submerged,” said Idris, who lives in Fareeg, one of the villages threatened.

Sometimes government officials make revealing statements about the dam, helping Nubians to estimate the extent of the damage.

“Qureshi said that the drowned area is 180 kilometers (112 miles), which means from Kajbar to Al-Guld, which is 25-30 kilometers from Dongola, the capital of Northern state,” Ibrahim said.

Arif Gamal, a Nubian scholar now teaching at the University of California at Berkeley, wrote on RescueNubia.org that in 1964, as Nubians were being transported by train from their soon-to-be submerged villages, one woman left the train and ran back to the village. There was confusion on board for some time, and then as people were preparing to follow her, they saw her coming back. She went to lock her house, she told everyone.

The woman's house was locked, but soon submerged in water. Half a century later, Nubians refuse to go through the same ordeal.

“What is happening is seriously making us think about secession, why would we want to be in a state that wants to drown our villages along with our culture and history?” Ibrahim asked, bitterly.

Ibrahim was detained for a month in a wave of arrests of Nubian activists following the 2007 protest. He spent a year in detention in the 1970s for political activism when he was a student.

Now in his late 60s, he walks around with a file full of statements by the committee, pictures of the protests and what the committee calls the “Kajbar massacre.”

The police center in Kajbar refused to open the complaint into the 2007 killings, so activists took the struggle to the international community through Rescue Nubia, a Washington-based organization led by Nubians in diaspora.

After the 2007 incident, the government grew silent about the dam project, before speaking again about the ambitious $1.5 billion project financed by China.

Even with the attractive development projects proposed by the authorities, the Nubians oppose the dam because it will drown their history and disperse a group of people whose identity is tied to this land.

“If they want to give us services in exchange for the dam, they are too late, we already built a hospital and are building a secondary school for girls now in Fereeg,” Idris said, adding that the residents have also sustained a collective agriculture project since the 1950s through donations.

For the Nubians, the experience of the Manasir, an ethnic group displaced by the Merowe Dam — a multibillion dollar project completed in 2010 — makes them hesitant to even consider the Kajbar Dam.

After waiting for compensation for years, 1,500 men from the Manasir took matters into their own hands and went to El-Damer, the capital of River Nile state, 300 kilometers (190 miles) from Khartoum, and organized a sit-in that lasted three months.

Although other groups were also affected, the Manasir were the most affected and were kept waiting for government compensation.

The protesters demanded to be compensated; finally, a delegation from the government signed a memorandum of understanding with the Manasir in March 2012.

“The agreement is on paper, but the reality is we have not been compensated for our land. We want to be resettled around the lake, but the government wants to resettle us far away,” said Al-Rashid Al-Affendi, of the Executive Committee of the Manasir People Affected by the Merowe Dam, in an interview with Al-Monitor.

Affendi added that the only compensation received was for the lost palm trees since they represented a large resource for the Manasir.

Peter Bosshard, the policy director at International Rivers, a US-based environmental and human rights organization that published reports on Kajbar Dam, said that this is an international test case.

“The Kajbar Dam is an international project, and international actors — particularly from China — share a responsibility for it. The human rights violations caused by the Merowe Dam have tarnished the reputation of the Chinese companies and financiers involved in the project,” Bosshard said in an email interview with Al-Monitor.

The European Center for Constitutional and Human Rights filed a complaint against two executives at Lahmeyer International GmbH, a German engineering company that was a consultant in the Merowe Dam project.

In the villages of Nubia that will be affected by the dam, electricity is not available the whole day, but the citizens there confirm that there are many other ways to generate electricity other than the dam.

“Our area is very hot, they could try providing us with solar energy,” said Idris.

Reem Abbas is a Sudanese freelance journalist based in Khartoum and an award-winning blogger. She currently contributes to www.theniles.org. On Twitter: @ReemShawkat 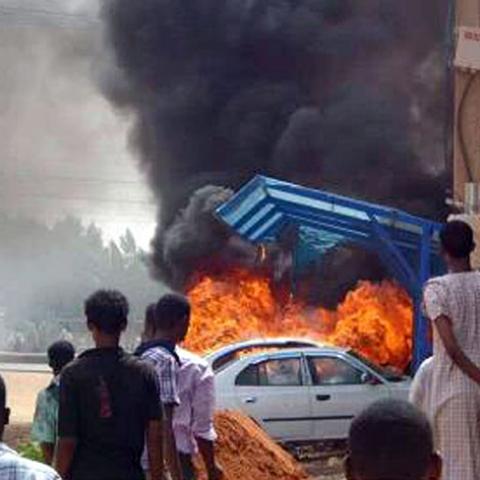 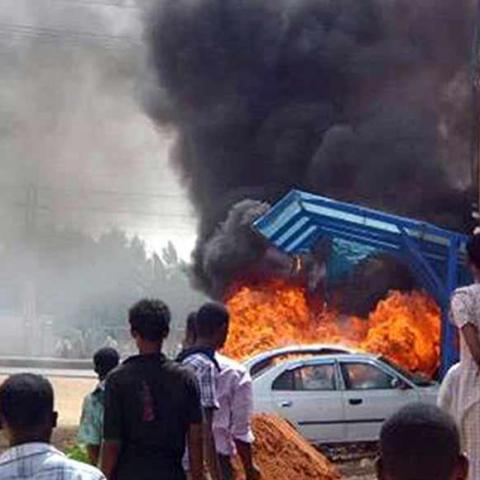 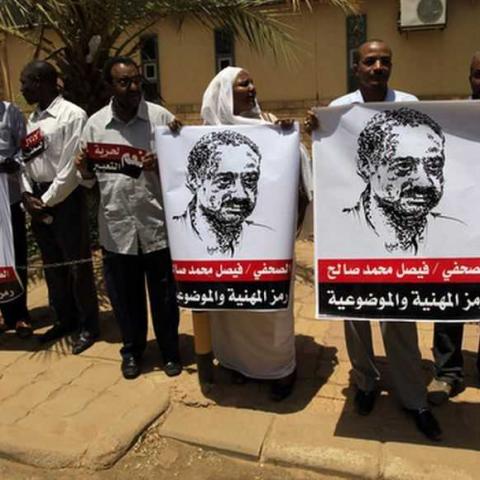