An Arab man was beaten by an angry mob and a Jewish man was attacked with sticks and rocks in separate incidents Wednesday night. 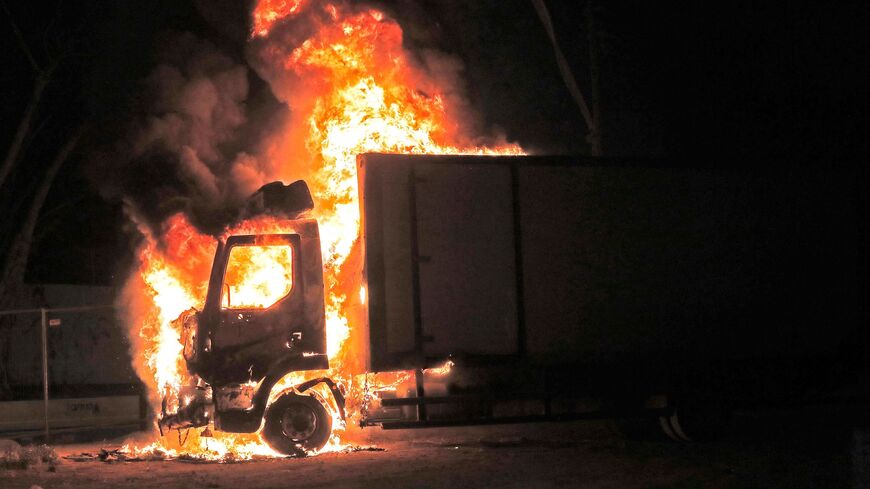 A truck burns at the entrance of the mixed Jewish-Arab city of Lod, where a state of emergency has been declared following civil unrest, on May 12, 2021. - AHMAD GHARABLI/AFP via Getty Images

The violence between Jews and Arabs in Israel is continuing with no end in sight.

A Jewish man was beaten with sticks and rocks by a group of Arab men in the northern city of Acre Wednesday night. He is hospitalized in Nahariya in serious condition. A Jewish man was also shot during riots in the central city of Lod and transported to Shamir Medical Center, according to the Israeli news outlet Yedioth Ahronoth.

There were similar confrontations throughout the country Wednesday night, including in Haifa and Tiberias in the north.

Earlier this week, an Arab man was shot dead in Lod. A mob of Arab residents threw stones and fire bombs at Jewish-owned properties in the city. The Arabic-language Israeli news site Arab48 reported today that four Jewish suspects in the shooting of the Arab man were released from custody by a court, though their legal fate is not yet clear. Police imposed a curfew in Lod Wednesday night.

At least 374 people were arrested by Israeli authorities in relation to protests in mixed Jewish-Arab areas Wednesday night and Thursday morning, according to Arab48.

The unrest dramatically escalated in a matter of days with tensions and clashes in Jerusalem over the Temple Mount holy site and the possible eviction of Palestinian families from the Sheikh Jarrah neighborhood. Israel and the Palestinian military organization Hamas plus allied groups are now striking each other. Violence also continues in the West Bank.

Israel and Hamas have fought several wars in recent years, but the current violence within Israel has much less precedent. The situation has sent shockwaves through Israeli and Palestinian society. Yedioth Ahronoth reported today, “Israel appears to have lost control over the nationwide riots.” Some Israeli celebrities have joined politicians in pleading for calm.