An Arab-Israeli man was shot dead and Jewish Israeli businesses were attacked in the city of Lod last night. 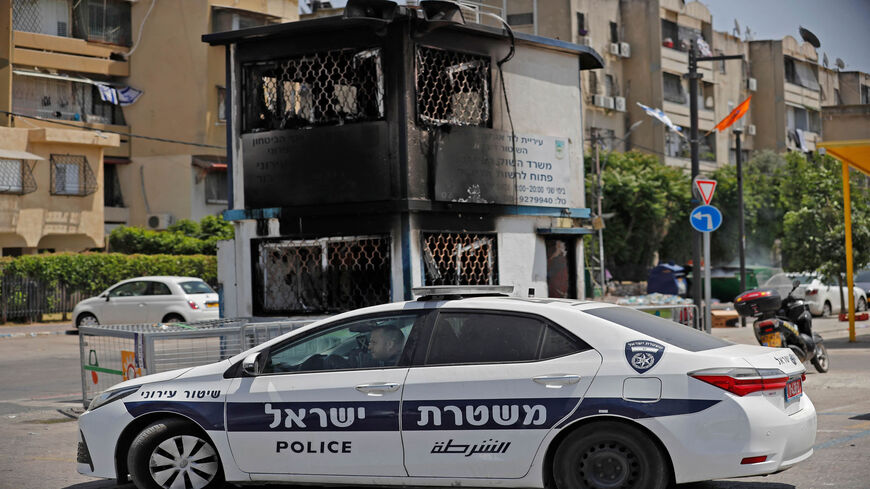 A torched observation post is seen outside a religious Jewish school in the central city of Lod, near Tel Aviv, following nighttime clashes between Arab Israelis and Israeli Jews, Israel, May 11, 2021. - Ahmad Gharabli/AFP via Getty Images

There was considerable violence in the mixed Jewish-Arab city of Lod last night as well as protests in other largely Arab parts of Israel. The events show that the current unrest and conflict is not limited to Jerusalem and the Palestinian territories.

Israeli media outlets reported that a mob of Arab residents threw stones and fire bombs at Jewish-owned homes in the central city of Lod, in addition to attacking a Jewish school and a synagogue. They also reported that an Arab man was shot and killed in the city, possibly in relation to the violence. The unrest occurred Monday night and Tuesday morning.

The Arabic-language news outlet arab48 also reported a protest in solidarity with Jerusalem in the Arab majority city of Nazareth in northern Israel on Monday night. The High Follow-up Committee for Arab Citizens of Israel — an Arab-Israeli political organization — called for more protests in Arab areas of Israel on Tuesday, according to the outlet.

The protests and attacks are related to the ongoing conflict in Jerusalem over the Temple Mount and the possible eviction of Palestinians from the Sheikh Jarrah neighborhood.

Around 20% of Israel’s population consists of Arab citizens, who sometimes prefer to be called Palestinian citizens of Israel. They are descendants of Arabic-speaking communities that were in the area before the establishment of Israel. Arab Israelis are mostly Muslim with a Christian minority. Israeli Jews with roots in Arab countries typically do not identify as Arab.

Attacks on Israelis and Palestinians happen regularly in the West Bank. Israel also frequently strikes Hamas in the Gaza Strip while Palestinian groups there fire rockets at Israel. The violence in Jerusalem in and around the holy sites is also not new. Such violence in largely Arab areas of Israel like Lod is relatively uncommon, however.