Sultan Haitham has attempted to introduce economic and political reforms in the past year. 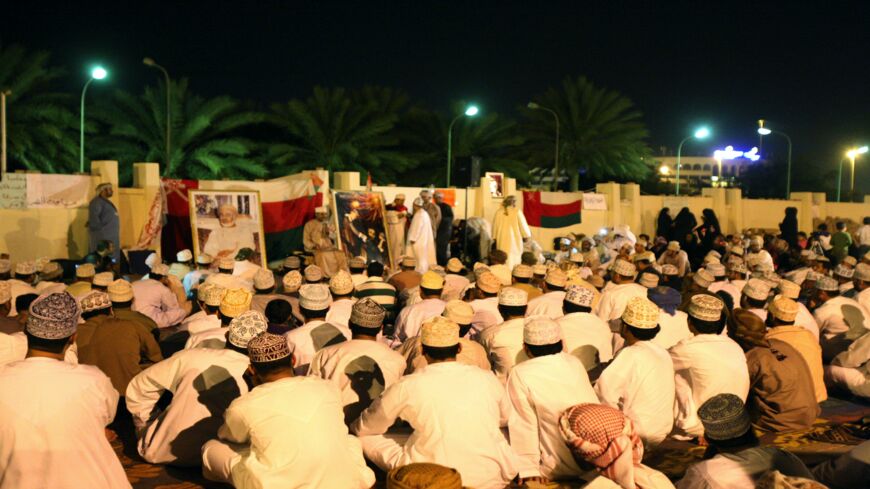 Activists camp outside the Oman Gulf state's consultative council as they continue a series of anti-corruption protests on March 3, 2011, in Muscat. - MOHAMMED MAHJOUB/AFP via Getty Images

There were rare protests in Oman today against poor economic conditions in the Gulf state.

Dozens of people protested against job losses and the bad economy in the northern city of Sohar. The protesters threw stones and police fired tear gas. There were also protests on Sunday, The Associated Press reported.

Several Arabic-language hashtags related to the protests trended on Twitter on Monday, including one that read “Sohar revolts.” One video showed civilian men running from tear gas canisters. Another hashtag indicated protests occurring in Salalah in southwest Oman as well.

The state-owned Oman TV reported on Monday that job seekers went to employment directorates in the Sultanate seeking work opportunities.

Sultan Haitham has instituted some reforms in the last year. In June 2020, a sovereign wealth fund took over many state-owned entities in an effort to reduce bureaucracy. Last August, Haitham restructured the government, forcing many ministers who held their positions for decades to retire. Some activists want the reforms to go further, however, to include separation of powers.

Omanis also protested in 2011 during the Arab Spring uprisings across the region. Unemployment has long been an issue in Oman.