Official Russian statements on the recent conflict between Israel and Hamas indicate Moscow is looking for a larger diplomatic role. 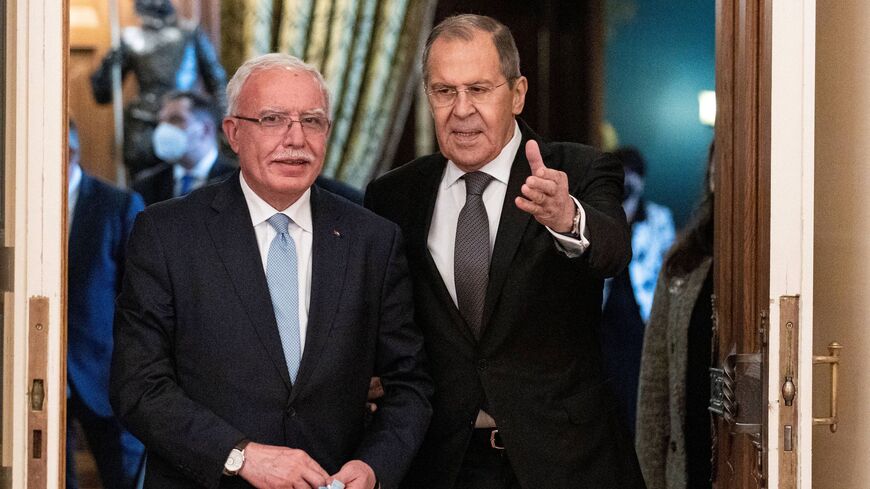 On May 21, the Russian Foreign Ministry expressed support for the Israel-Hamas cease-fire and called for an urgent meeting of the Middle East Quartet to prevent a relapse into conflict. These comments built on other Russian statements that called earlier for a cease-fire in Gaza and a pathway toward a lasting peace. On May 14, President Vladimir Putin claimed that the Israel-Gaza conflict threatened Russia’s security and on May 19, the Russian Foreign Ministry warned Israel that further civilian casualties in Gaza would be “unacceptable.” The head of the Russian State Duma Foreign Affairs Committee Leonid Slutsky also reiterated Russia’s willingness to host negotiations on a Palestinian-Israeli settlement.

Russia’s response to the recent events in Gaza reflects its desire to expand its diplomatic role in the Israeli-Palestinian peace process. On March 31, Russian Foreign Minister Sergey Lavrov restated Moscow’s wish to host Israeli-Palestinian peace talks and noted that Israeli Prime Minister Benjamin Netanyahu and his Palestinian counterpart Mahmoud Abbas both expressed a willingness to accept Russian mediation. During the conflict, Russia engaged in shuttle diplomacy with the warring parties and external stakeholders to facilitate a cease-fire. After the deputy chairman of Hamas’s political bureau, Moussa Abu Marzouk, told Russian Deputy Foreign Minister Mikhail Bogdanov on May 12 that Hamas desired a cease-fire, Russia consulted with Egypt, Jordan, US Secretary of State Anthony Blinken and UN Secretary General Antonio Guterres on ending the conflict.

Russia’s power aspirations in the Middle East and diasporic links in Israel have shaped its mediation efforts. As the Syrian civil war winds down, Russia has tried to reinforce its standing as a great power in the MENA region through diplomatic assertiveness in other theaters such as Libya, the Persian Gulf and Israel-Palestine. Russian officials regard the Madrid Conference of 1991, which was co-sponsored by the Soviet Union and the United States to facilitate Israeli-Palestinian dialogue, as a significant achievement for Russia in the region and aspire to build on its legacy. The Russian diaspora community in Israel is sharply polarized on whether Israel was upholding its legitimate right to self-defense or responding disproportionately to Hamas’ rocket attacks.

Within Russian analyst circles, there is growing optimism about US-Russia cooperation on advancing the Israeli-Palestinian peace process. Russia’s willingness to consider diplomacy with the United States that bypasses the UN is intriguing, as Moscow repeatedly emphasized the UN’s supreme authority as a conflict arbiter during the Gaza conflict. Kirill Semenov, a non-resident expert at Russian International Affairs Council, told Al-Monitor, “Russia, together with the United States, can play a role in the resumption of negotiations between Israel and Palestine.” Semenov does not believe that the poor state of US-Russia relations will impede cooperation on Israel and Palestine, as the two countries negotiated the boundaries of a de-escalation zone in southern Syria in 2017 even as bilateral relations remained very tense.

But even if US-Russia cooperation on Israel-Palestine gains traction, a Moscow-hosted peace conference between Israel and Palestine may produce few tangible results. Andrei Baklanov, who served as Russian ambassador to Saudi Arabia from 2000 to 2005, told Al-Monitor that he supported US-Russian cooperation on resolving the Israel-Palestine conflict and Moscow’s efforts to facilitate Israeli-Palestinian dialogue. Nonetheless, he was skeptical that the cease-fire between Israel and Hamas will last. Baklanov justified his pessimistic assessment by highlighting the authorization of $735 million in US arms sales to Israel even as the Gaza conflict was intensifying. When asked about Slutsky’s initiative of hosting talks between Israel, Palestine, Saudi Arabia and the Arab countries that recognized Israel, Baklanov emphasized Moscow’s willingness to engage with regional powers but stated that Russia would not “invent a new international group to monitor the situation.”

Although Russia presents itself as an impartial stakeholder in the Israel-Palestine conflict and justifies its diplomatic role by highlighting its geographic proximity to the Middle East, Israeli and Palestinian officials view Russia’s diplomatic ambitions with skepticism. Micky Aharonson, a senior fellow at the Jerusalem Institute for Security and Strategy, told Al-Monitor that Russia is trying to revive the Middle East Quartet because it wants admission to a prestigious international forum after being expelled from others since 2014. Aharonson noted that Russia’s hosting of Hamas and Islamic Jihad representatives is “perceived very badly in Israel as legitimizing terrorist organizations” and concluded, “If the Quartet comes back to life, Russia will be part of it, but otherwise I see only very symbolic involvement possible.”

Palestinian Ambassador to Russia Abdel Hafiz Nofal has publicly supported Moscow’s call for the resumption of the Middle East Quartet. Other Palestinian experts and officials are increasingly skeptical of the quartet’s ability to advance their cause. Amjad Iraqi, a policy analyst at the Palestinian think tank Al-Shabaka, told Al-Monitor that the Middle East Quartet’s pursuit of a two-state solution is rooted in 1990s-era thinking and does not reflect the realities on the ground. Iraqi contended that the quartet imposes strict conditions on Hamas but does not adequately pressure Israel and has become an institution that great powers use to show that they are taking collective action. Iraqi views the Arab Peace Initiative, which Russia also promotes, as equally dated and believes that its credibility was diluted by the Abraham Accords and the informal Arab-Israeli ties that preceded that step toward normalization.