Intel: Why Russia is teaming up with China against US peace plan

Russia officially rejected participation in next month’s US-sponsored peace summit in Bahrain, a day after Chinese ambassador to Palestine Guo Wei announced that Beijing and Moscow had struck a deal to boycott it. 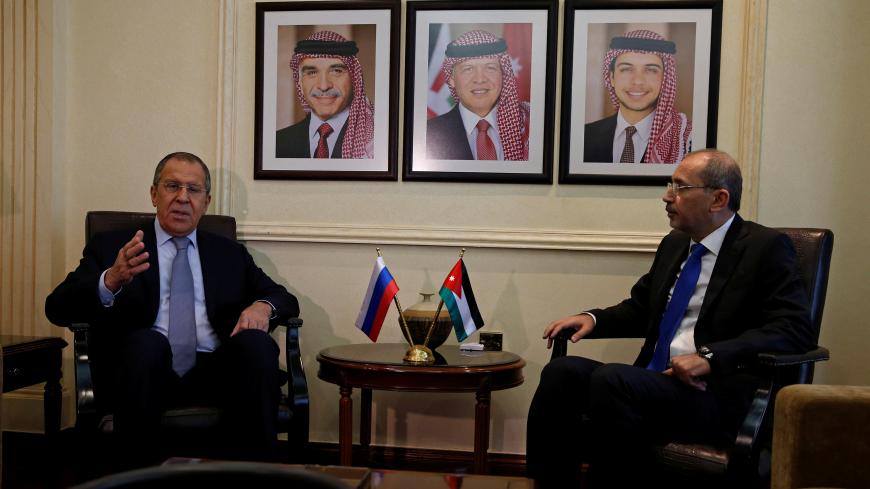 Russia officially rejected participation in next month’s US-sponsored Middle East peace summit in Bahrain on Tuesday, a day after Chinese ambassador to Palestine Guo Wei announced that Beijing and Moscow had struck an agreement to boycott it.

“It is obvious that this is yet another attempt by the United States to shift the priorities on the regional agenda and impose the American vision of the Israeli-Palestinian settlement,” the Russian Foreign Ministry said in a statement. “Persistent attempts to substitute the goal of achieving a comprehensive political settlement with a package of economic bonuses while undermining the principle of two states for two people are a matter of grave concern.”

Why it matters:  The Donald Trump administration is banking on broad international support for its plan to get the Palestinians to accept territorial concessions in exchange for economic incentives. Firm opposition from major powers such as Russia and China risks undermining the legitimacy of the US effort, which is widely seen in the region as too favorable to Israel, while further entrenching the Palestinians’ resolve to dig in their heels.

Russia has opposed the Trump plan from the very beginning. The Israeli-Palestinian conflict and intra-Palestinian reconciliation have been a major part of Foreign Minister Sergey Lavrov’s portfolio this year. Starting with his tour across North Africa in January, followed by his travel to the Gulf in March and his latest trip to Egypt and Jordan, Lavrov has been sounding out regional attitudes vis-a-vis the US project. Many regional leaders — some in public, most in private — have reportedly expressed unease with an effort they feel pressured into supporting despite their concerns that it could further destabilize the region by inflaming pro-Palestinian sentiment.

The joint stance by Russia and China could help convince some regional governments that they don’t have to submit to US pressure. At a minimum, it gives them a better bargaining position with Washington.

Staying relevant:  Since 2002, Russia has been part of the so-called Middle East Quartet along with the United Nations, the United States and the European Union. Russia’s vision for the conflict is that it should be settled via an international legal framework as set forth in UN resolutions as well as the 1991 Madrid Conference and the 2002 Arab Peace Initiative. Moscow is therefore suspicious of any efforts that would exclude it.

On a parallel track, Moscow has tried to take advantage of its historic ties with various Palestinian factions — thus far rather unsuccessfully — to broker an intra-Palestinian deal for Palestine to become a united actor before negotiating with Israel or regional Arab leaders. Moscow also senses a chance for payback for Washington’s efforts to derail Russian interests in striking a political deal in Syria and rebuilding the country with President Bashar al-Assad still in power.

What’s next:  Much will depend on the actual contents of the US plan, which remains under wraps.

A retired high-ranking Israeli military official who visited Moscow a few weeks ago told Al-Monitor that the US proposal offered a chance “for America to stay strong in Middle Eastern affairs amid the regional turmoil,” arguing, “Trump is giving the United States this chance with this deal and this is exactly what the Russians are afraid of.”

But a diplomatic source in Moscow said it was much too early to tell.

“We still haven’t seen the plan, don’t know its precise modalities and ways of implementation to say how it may boost or downgrade American influence in the region,” the source said. “But it’s indeed evident to us that this plan has nothing to do with the [peace] settlement per se. It’s an attempt, rather poorly disguised, to unilaterally advance Israeli positions in the region.”