All parties involved in Palestinian-Israeli peace talks must put long-term achievements ahead of immediate gains if the problems are ever to be solved — starting with reconciliation among Palestinian factions. 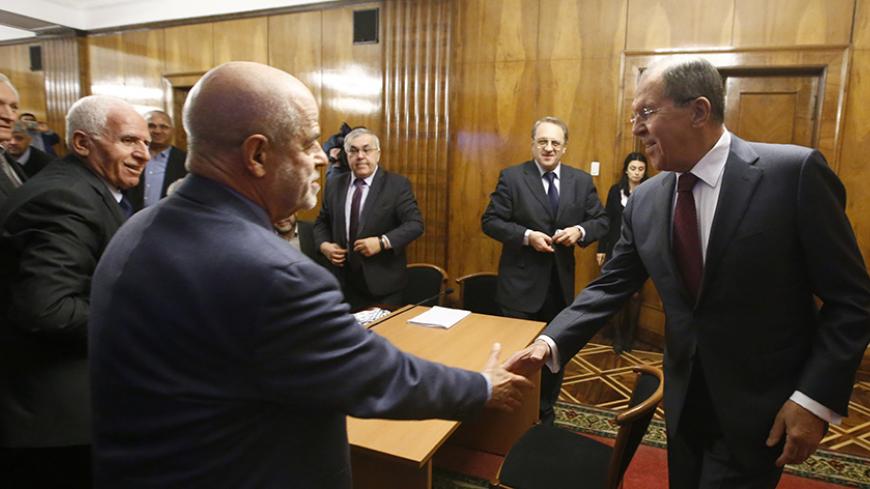 Moscow recently hosted its second intra-Palestinian meeting, where high-ranking members of numerous Palestinian political organizations, including Fatah, Hamas and Palestinian Islamic Jihad, directly engaged in conversation. In contrast to the first negotiations of the kind, which were held six years ago, the dialogue has become more inclusive, involving a dozen groups.

The event was organized by the Institute of Oriental Studies of the Russian Academy of Sciences and the Foundation for the Support of Islamic Culture, Science and Education.

The venue and date for the talks raised some questions. Foreign observers wondered why Palestinians would hold talks among their own factions in Moscow, especially when another meeting had just been held in Paris a few days before. Other factors in this process include the Beirut intra-Palestinian meeting that also took place a few days before the Moscow event; UN Security Council Resolution 2334, which addresses the illegality of Israeli settlements; and, naturally, US President Donald Trump’s statements about moving the US Embassy from Tel Aviv to Jerusalem.

Obviously, Trump’s rise to presidency and the subsequent changes expected in US Middle East policy acted as catalysts for this diplomatic flurry, which will have little true influence on the peace settlement.

Trump’s Islamophobia and his seemingly pro-Israeli stance do not augur well for Palestine, but then, they’re not a safe bet for the Jews, either.

Palestinians feel the need to demonstrate their ability to constructively interact with the international community and their genuine desire to resume negotiations. At the same time, they appear to be seeking more active support from other powerful extra-regional players — above all, Moscow, which has been playing a greater role in the region. Moreover, Russia has close ties with various factions within the Palestinian leadership.

Moscow, in turn, seeks to extend its role as a mediator in the Middle East beyond the Syrian agenda. Testifying to this were the first intra-Palestinian meeting, the 2015 intra-Syrian consultations and Syria-related cooperation with Turkey and Iran. Thus, the Kremlin’s courtesy is developing into a clear alternative to America’s straightforward approach, which is typified by irksome lecturing.

The Moscow talks produced a Jan. 17 joint statement that Palestine should soon see the formation of a national unity government. Palestinian President Mahmoud Abbas’ consultations with the parties’ officials would determine the particular structure of this government. Russia’s leading Orientalist, Vitaly Naumkin, who moderated the meeting, believes that under a positive scenario the government could be established by this summer, followed by elections for the Palestinian National Council. Palestinian diasporas worldwide, as well as residents of the Gaza Strip, West Bank and East Jerusalem, would be able to cast their ballots.

The participants think these steps could help overcome disunity among Palestine’s political establishment and society. The moves could also help resolve the conflict, because the Israelis would be deprived of their argument concerning the absence of a Palestinian representative to talk with, which they perennially use to justify their reluctance to conduct bilateral talks.

Hamas’ inclusion in a new government is a very sensitive issue, an Achilles’ heel of the plan. Paradoxically, many countries still regard Hamas, the party that won the democratic elections held at the West’s insistence, as a terrorist group.

The political process is very likely to reach a deadlock if, as projected, Tel Aviv and several members of the world political community insist on politically isolating a government that includes Hamas members, even though Hamas has significantly softened its stance over the past decade. The ball, however, is now in Israel’s court. Admittedly, the Palestinians may be counting on the mediation of Moscow, given its growing influence in the region.

The Palestinians are counting on Moscow’s assistance in several other matters as well. One issue is Israel’s continued settlement building and the “Judaization” of East Jerusalem. Second, Palestinians are concerned with Trump’s inflammatory promise to move the US Embassy from Tel Aviv to Jerusalem. Both Russian and Palestinian experts see that proposal as inflicting catastrophic damage to the entire peace process.

The issues discussed, as well as the assessments made, were predictable. As for the final communique, Moscow regarded it as “the best possible.” Such moderation makes one think again about the best strategy for the Palestinians in the current international situation, on the one hand, and about how to modify the international community’s approach to a settlement, on the other.

Today, the Quartet’s inefficiency, as well as the gradually declining interest of the world community in the endless and hopeless Israeli-Palestinian conflict, are apparent. Some actors will probably keep paying tribute to the Quartet’s symbolic role in the region from time to time and will be full of good intentions. But now, the more marked right-wing bias in the West presupposes the diminishing involvement of Europe and the United States in the Middle East. In the medium and short term, Israel will benefit from and be fully content with the current situation. Nevertheless, Russian experts say that in general this approach is disastrous for Israel as it will end up in a stalemate.

Until now, nothing has prevented Tel Aviv from relishing the situation. The growing role of regional powers, whose attitude toward the seemingly unchangeable conflict has become ever-more ambivalent, does not seem to affect the Israeli stance, either. Though support for the Palestinians remains sine qua non for any Arab politician at the emotional level, many of them are faced with much more acute issues at the pragmatic level. Moreover, Arab and Israeli leaders share some similar concerns, such as security issues and religious radicalization.

In this case, it is vital to back up the Palestinians. To address the matter, Palestinian political elites should restore public trust, which they lost after their failed attempts in the past to reconcile with each other. The unity government will be the first step to reach this objective. If Israel impedes its progress, it will be necessary to start all over again.

If global and regional political actors — even if some opt out — manage to sacrifice short-term self-interest for the sake of enhancing a strategy that will allow for a new regional balance of power, it will be possible to come to grips with the problem.

However, the developments in the Middle East over recent years demonstrate that, increasingly, tactics beat strategy.