In yet another scandal surrounding Iran's contentious vaccine rollout, a senior lawmaker has said that hundreds of thousands of doses have been misallocated. 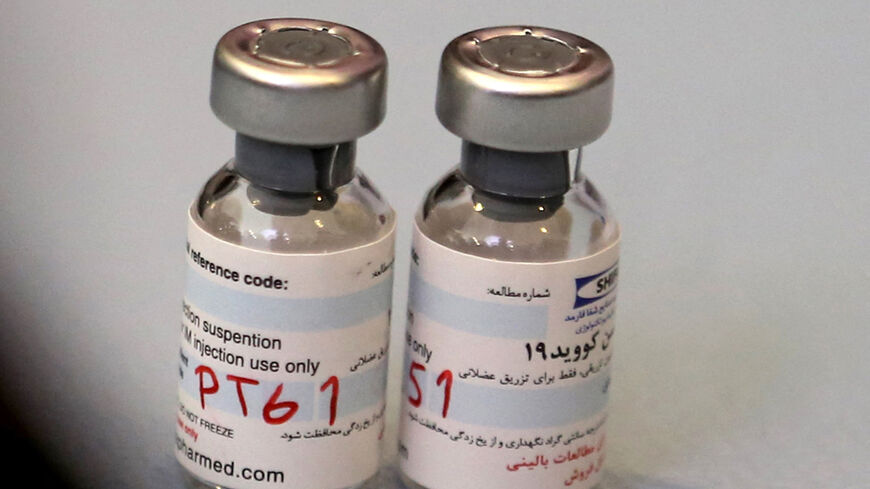 A picture shows vials of the locally made Iranian COVID-19 vaccine during the start of the second phase of trials in the capital Tehran on March 15, 2021. - ATTA KENARE/AFP via Getty Images

Iranian parliamentarian Mohsen Dehnavi has alleged that based on the Health Ministry's database, some 200,000 doses of imported vaccines are unaccounted for.

Dehnavi, who is a member of the parliament's presiding board, added that his inquiry to the Iranian health minister regarding the missing vaccines remains unanswered. He promised that the parliament will investigate the matter.

Kianoush Jahanpour, spokesperson for Iran's Food and Drug Administration, which is in charge of the vaccination imports, responded. "No dose has been or will be unaccounted for," Jahanpour tweeted. "The vaccine information is constantly traceable," he noted, but added no particulars about how such details are accessed. Jahanpour, who is known for his ferocious and sarcastic attacks against critics of the pandemic management, said, "What has been missing for quite some time is the honesty of some politicians," as he criticized the lawmaker for failing to back up his claims with evidence.

According to Jahanpour, some 3 million vaccines have been distributed. In a country of 85 million that remains the Middle East's worst-hit nation, the figure is disappointing to the worried public. While the rollout officially kicked off in February, prioritizing front line workers such as first responders, many nurses have complained that they have not yet received a jab. The Health Ministry says the program is currently working through residents above the age of 75.

Dehnavi's allegation was not news to many Iranians. Vaccine discrimination has been widely reported in the past few months. The government scheme prioritized city sweepers as key workers. However, several municipality officials have already been dismissed for taking doses intended for them.

In the capital Tehran, a hospital director was fired last month for delivering vaccines to his own family members rather than hospital staff.

The sluggish vaccination drive has also led to black market sales in Tehran's notorious illegal drug market on Naser Khosro Street. Last month, in an investigative report, an Iranian news outlet caught on camera conversations with dealers who said they could get vaccines through their connections at some hospitals and sell them for prices as high as $2,500 (more than 17 times an average Iranian worker's monthly salary).

Meanwhile, rumors continue to spread about top officials having already received imported vaccines weeks before the official rollout. Back in January, Iran's Supreme Leader Ayatollah Ali Khamenei issued a ban on the importation of vaccines produced in the United States and United Kingdom. The fatwa came at the height of a popular campaign by Iranians who were urging the government to speed up imports.