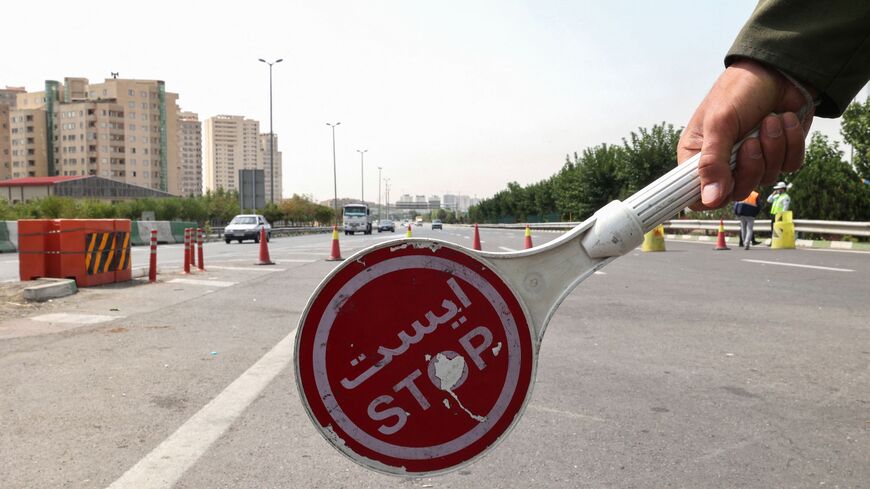 Iranian police man a checkpoint on a highway in the capital Tehran leading to the country's north on Aug. 16, 2021, at the start of renewed restrictions for five days to mitigate the spread of the pandemic. - ATTA KENARE/AFP via Getty Images

Iran’s number of recorded deaths from COVID-19 topped 100,000 on Thursday, the Health Ministry said, as the more infectious Delta variant continues to fuel Iran’s deadliest surge of the virus yet.

The Middle East’s worst-hit country is currently battling what officials say is a fifth wave of the novel coronavirus. State television reports one infected person is dying every two minutes in Iran, and authorities are warning cases could rise amid the Islamic holy month of Muharram, which began on Aug. 9.

On Thursday, the ministry confirmed 31,266 cases and 564 deaths from COVID-19, raising the total since the start of the pandemic to 4,587,683 cases and 100,255 deaths. Health experts, however, say the real death toll is likely much higher than Iranian officials will admit.

Iran has rolled out a number of restrictions aimed at curbing the latest surge, including shuttering all nonessential businesses and government offices until Aug. 21. A countrywide travel ban is in place until Aug. 27.

In a televised address on Wednesday, Supreme Leader Ayatollah Ali Khamenei described COVID-19 as the country’s No. 1 problem, but said it could be resolved within months if Iranians observe health protocols.

“God willing, with our dear people observing the guidelines, the pandemic will be less within two to three months,” he said.

Roughly 5% of Iran’s population of 83 million is fully vaccinated, mostly with the Chinese-made Sinopharm vaccine. Iranian officials have blamed their slow vaccine rollout and inability to acquire doses from abroad on crippling Western sanctions.

In January, Khamenei banned the importation of vaccines made in the United States and United Kingdom, which he said could not be trusted. But after the death rate hit record highs for multiple consecutive days, Iran’s supreme leader did an about-face earlier this month and said vaccines should be acquired in "any way possible.”

A spokesperson for Iran's Food and Drug Administration, Kianoush Jahanpour, said last week that Iran plans to import 40 million doses by the end of summer. He said there was no ban on vaccines, including AstraZeneca, Pfizer and Moderna — except for those manufactured in the United States or United Kingdom.