In an effort to curb growing Islamic State activity in security gaps along the border between Iraqi Kurdistan and the rest of Iraq, the Kurdistan Regional Government and the federal Iraqi government are establishing Joint Coordination Centers. 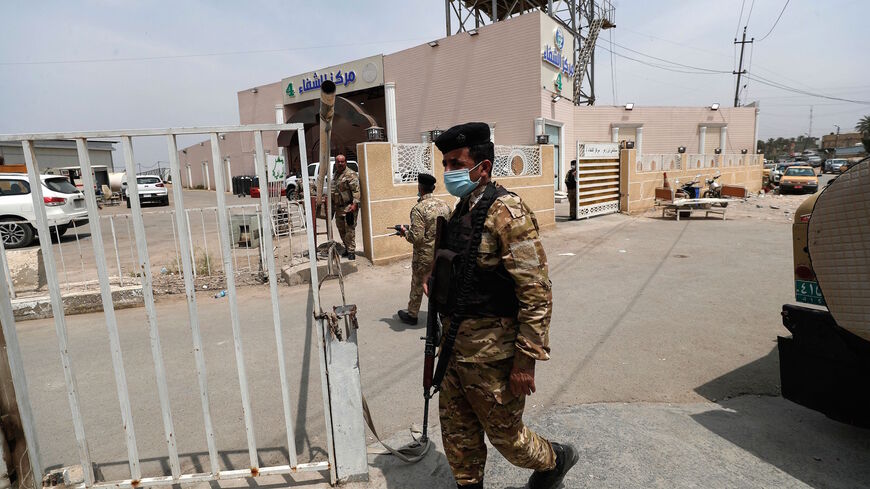 Members of Iraqi security forces close access to the Ibn Al-Khatib Hospital in Baghdad, on April 25, 2021, after a fire erupted in the medical facility reserved for the most severe COVID-19 cases. - AHMAD AL-RUBAYE/AFP via Getty Images

In a small stretch of land in Iraq’s northeastern Diyala province, Islamic State remnants have taken advantage of a roughly 20-kilometer (12-mile) gap on the line between the Kurdistan Region of northern Iraq and federal Iraq.

The gap is one of several spaces between the Iraqi and Peshmerga front line positions, especially from Kirkuk going south. With no barracks, houses, running water or electricity and amid a politically charged land dispute, both security forces have been reluctant to fill the void. IS has used the vacuum to take shelter and coordinate attacks.

But deadly strikes on both Iraqi Security Forces (ISF) and Peshmerga forces earlier this year prompted Baghdad and Erbil to step up coordination efforts and bolster intelligence sharing under Joint Coordination Centers (JCC). The centers will be under the direct supervision of Iraqi Prime Minister Mustafa al-Kadhimi, according to ISF spokesperson Yehia Rasul.

“Their task is only to coordinate and facilitate the work of all sections as well as coordinate in the fight against [IS],” Rasul told reporters on Saturday.

In an attempt to curb growing IS activity, officials in Baghdad and Erbil has held a series of meetings, including a sit-down in Baghdad between Peshmerga Ministry officials and Kadhimi on May 2. The two sides agreed on the joint deployment of forces into areas between their control, an official from the Ministry of Peshmerga Affairs told Rudaw.

This isn't the first time the Peshmerga Ministry and Iraqi army have attempted to coordinate. Peshmerga forces withdrew from disputed areas in 2017 following an outbreak of hostilities over the Kurdistan independence referendum. In December 2018, Iraq's prime minister at the time, Adel Abdul-Mahdi, ordered the Defense Ministry to re-active a joint coordination committee. Two months later, both sides began surveying areas of Iraq's disputed territories in preparation for joint military operations.

But since then, coordination has largely stalled. A Pentagon report to Congress earlier this year shared that the ISF and Peshmerga did not conduct any joint operations in the first quarter of 2021. This lack of coordination, according to the Defense Intelligence Agency, was “almost certainly” a product of “historic distrust and competition between Erbil and Baghdad.”

While both sides share the goal of defeating IS, they have grappled for exclusive control of the disputed areas that run along the coordination line.

Meanwhile, IS militants have threatened local populations and coordinated strikes on ISF, Peshmerga and coalition forces. In May, at least 21 people were killed and dozens injured in the disputed territories in a surge of renewed IS bombings and hit-and-run attacks.

Jabar Yawar, spokesperson for the Kurdistan Regional Government’s Peshmerga forces, told VOA that IS has changed its strategy from large-scale attacks to smaller, targeted strikes among ISF and Peshmerga forces.

“We find [IS] more active than before in the areas known as Article 140 areas, and it constantly seeks to sabotage stability and security in these areas, and if we want political stability to be achieved in Iraq, these problems must be solved,” said KRG President Nechirvan Barzani at a conference on Wednesday.

Through the JCC, coalition forces will continue to provide operational advising to both ISF and Kurdish security forces through a Counter-ISIS Train and Equip Fund, according to coalition spokesperson Col. Wayne Marotto.

So far, four JCCs have been supported by the coalition. They include a center established last week in Diyala and a second opened at Kirkuk’s K1 military base on Sunday. Another two centers will be established in Makhmour and Mosul in Nineveh province this week, Maj. Gen. Qaraman Kamal, vice chief of staff of Peshmerga forces, told Rudaw.

“Support for these joint security mechanisms is crucial to ensure the enduring defeat of [IS],” Marotto wrote to Al-Monitor.

But Kamal told Rudaw that these centers are not enough to curb the movement of IS and called for forming a joint force.

IS militants aren’t the only ones taking advantage of this security blind spot. Iran-aligned militias have also been found to be exploiting the lack of coordination. In February, a militia smuggled rockets across the line into the Kurdistan Region and attacked US forces in Erbil.

“The first gap we’re closing is the intelligence gap and making sure both intelligence communities work with each other and with the coalition in a more effective way,” said Jill and Jay Bernstein fellow at The Washington Institute Michael Knights. “The next gap to close will be to physically place Iraqi and Kurdish combat outposts and sustain points of presence in places where they are not currently.”

This second phase could take years, Knights said, and it includes decisions such as whether federal forces move north to fill the gap or Kurdish forces move south, or if the two somehow combine into a joint security mechanism. 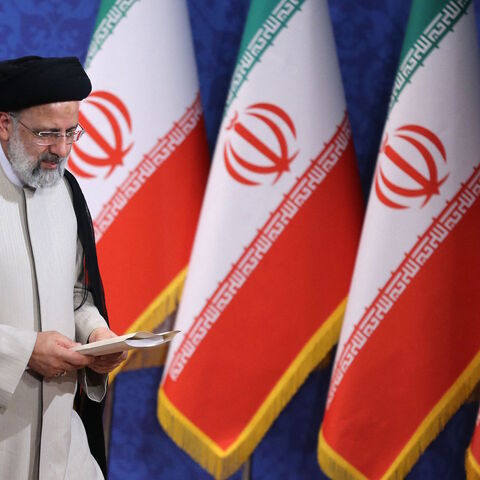