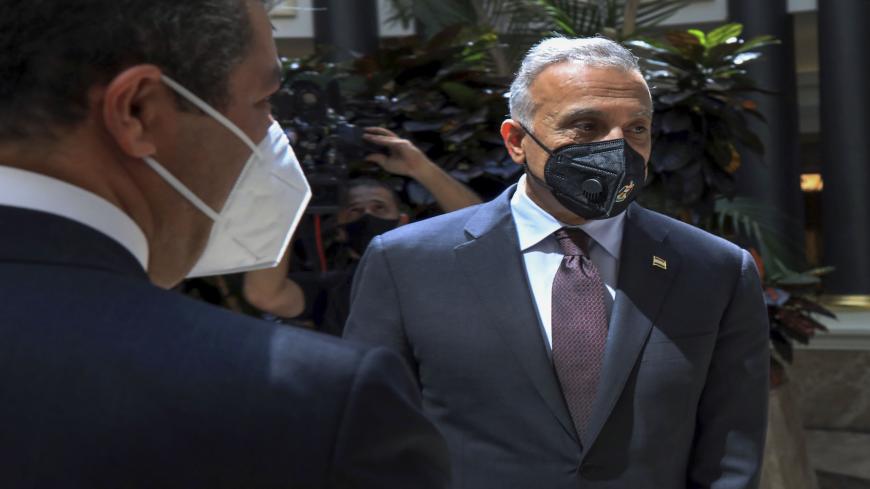 KALAR, Iraqi Kurdistan — Better collaboration between the central government in Baghdad and the Kurdistan Regional Government (KRG) has improved security in some areas disputed by the two sides in recent months, but much remains to be done.

Pointing at locations on a map on his phone, a security official who cannot be named as he was unauthorized to speak to the media told Al-Monitor Sept. 16, “There are the locations of the PUK [peshmerga]. [Then a bit farther away] here are suspected IS locations and here two Kurdish men were kidnapped by the Islamic State [IS]. Here they set them free after their families paid a ransom of about $40,000.”

The security official, who works in areas disputed by the central government in Baghdad and the KRG, said that kidnappings, especially in these areas, remain a major source of funding for terrorist groups in Iraq.

“If they are not Asayish, or peshmerga or the Iraqi army, then they will demand a ransom. If they are part of the security forces then they kill them,” he said.

He added, “When the peshmerga left Kirkuk, IS took over [many areas].” But since Prime Minister Mustafa al-Kadhimi was sworn in as prime minister May 7, “the Iraqi army has step by step retaken much of that territory.”

The Iraqi army forced KRG forces to leave oil-rich Kirkuk after an October 2017 referendum was held on independence of the Kurdistan Region of Iraq from the rest of Iraq — a move strongly opposed by the central government.

The official noted that one problem aggravating the issue of a gap in security between forces had long been the Iran-linked Popular Mobilization Units (PMU), especially in the area south of the Garmiyan administration in the southeastern corner of the Kurdistan Region along the Iranian border.

“They were receiving orders from Iran. Now the focus is on the Iraqi army once more,” he said in reference to the PMU. “Our daily communications now are with the Iraqi army instead of the PMU. And even at the checkpoints they no longer have control. The keys have been handed over to the regular forces — the police, federal police and the army — in most areas.”

“We did not have formal contacts, only personal ones" with the PMU operating in the same area, he added, noting that Iran-linked groups “had taken over almost every checkpoint in the [disputed] area [he was working in]. Thus we had no way to communicate unless we did it with the PMU. The army and the police were at the checkpoints at those times, but the ones supervising them — those with the authority — were the PMU.”

He noted, “No vehicles, no one, would pass without permission from them.”

The source added, “But since Kadhimi came to power, everything has changed. Now the intelligence [services] are working, the police are working and the army is working. Now we have almost 'formal’ meetings with the Iraqi army and they welcome these meetings. Before they didn’t, because the PMU were never listening to the Iraqi government. They were doing whatever benefitted the Iranian government.”

As to how the international coalition is helping to improve coordination between Baghdad and Erbil, international anti-IS coalition spokesman Col. Wayne Marotto told Al-Monitor that high-level meetings have taken place. He said, “The [Iraqi] Ministry of Defense and Ministry of Peshmerga Affairs are in the process of establishing Joint Coordination Centers in Diyala, Kirkuk and Ninevah provinces. These coordination centers will improve the coordination and cooperation between the KSF [Kurdistan Special Forces] and the ISF [Iraqi Special Forces]. [The coalition assists and advises] both the ISF and KSF and act as an observer in these meetings.”

The coalition also continues to conduct airstrikes at the request of the Iraqi government.

Marotto said, "[A coalition] airstrike on Sept. 23 on [IS] hideouts in Wadi al-Shai destroyed one cave, three shelters and four caches. No [IS] fighters were confirmed killed in the strike.” He noted that the coalition had conducted a total of five airstrikes on Iraqi territory in September.

Wadi al-Shai is located in the southern part of Kirkuk province and is part of the Hamrin mountain ridge that divides Kirkuk and Salahuddin provinces in the west and stretches to the Iranian border in Diyala province in the east. It is the dividing line for what many Kurds would want as a border for a much-coveted Kurdish state.

The Hamrin Mountains have been used as a hideout for various insurgent and terrorist groups for decades due to its rough terrain and numerous caves.

Support from the local population remains key to security.

Garmiyan Asayish chief Nawshirwan Ahmed told Al-Monitor, “If we do not serve the interests of the people [in the areas under KRG control], the people will not cooperate with the Asayish and then we will not be able to do our job properly.”

On the issue of whether some tribes were collaborating with IS, he said, “The Asayish do not differentiate between any tribes. We consider anyone living within the borders of our territory the same. We have the responsibility to protect them and to treat them with dignity.”

However, he noted, "In regard to the Karwi tribe — they do not originate from this area, near Jalawla. They were brought during the Arabization process. We feel that most of the members of the tribe are pro-IS and the majority of them are against the Kurds and the peshmerga. They try to push the Kurds away.” (The Karwi tribe has often been singled out for their alleged support for IS.)

Ahmed added, “They are the main obstacle to the peshmerga’s return to Jalawla. But we are not saying that all the members of the tribe are bad people. This is not true. We must differentiate between good and bad people, and there are both in the tribe.“

He noted that there are also Kurdish members of IS, but said there are “very, very few of them” compared with Sunni Arabs. He said that most of the Kurds were “former members of Ansar al-Islam, a Kurdish terrorist group from the past.”

“But IS did bring Kurdish members from outside Garmiyan here as part of their activities, since they could understand the language and could act as ‘guides’ for them here,” he added.

In regard to his time fighting IS on the front lines in Jalawla in 2014, he said, "The sacrifice we made, we made it for our people. And so of course it is a terrible feeling when you see now that what you did was for nothing.”

“The forces now in Jalawla are oppressing our people there,” he said, referring to central government forces that have been in control of the area since 2017.

The security official added, however, “But we should realize that sometimes the political situation changes and we need to accept that Jalawla is now under the control of other forces.”