The Donald Trump administration is concerned that the Islamic State could take advantage of ongoing disputes between Iraq’s government and Kurdish authorities to gain refuge in the war-torn country. 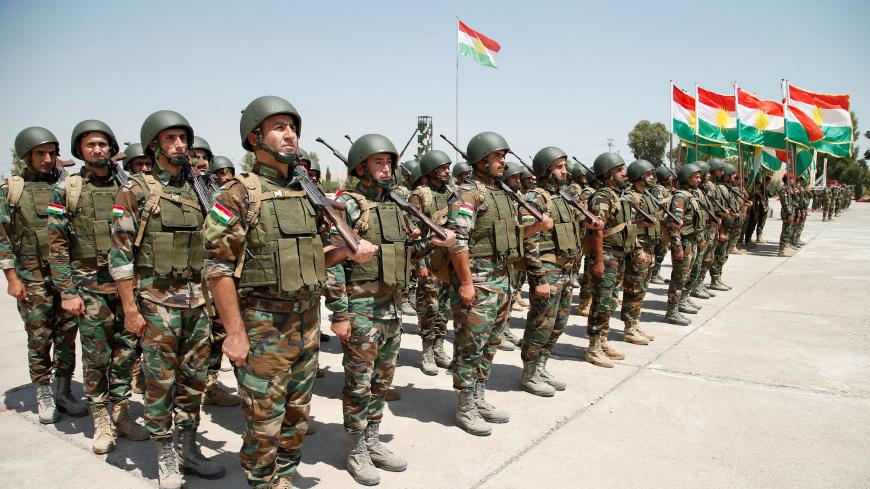 The Donald Trump administration is worried that the Islamic State (IS) could take advantage of ongoing tensions between Iraq’s government and Kurdish authorities to gain sanctuary as the Pentagon tracks down sleeper cells from the militant group.

IS “currently exploits security gaps that exist in Iraq’s disputed territories and along the line of separation between Iraqi and Kurdish security forces,” said Michael Mulroy, the Pentagon’s deputy assistant secretary for the Middle East. “Ensuring that [IS] is not able to regain strength or territory in these areas is in the utmost interest of both Iraqi and Kurdish security forces.”

The concerns come amid an uptick in IS activity in Iraq centered around Kurdish areas. IS has launched a handful of mortar and insurgent attacks in the disputed territories in recent weeks, mostly concentrated in agriculture-heavy Diyala province, where the group’s sleeper cells have grown in valley pockets along the Hamrin mountain range.

In a report released last month, the Pentagon’s inspector general said IS is able to use the disputed Kurdish territories to “find safe haven to regroup and plan attacks,” as the Iraqi government has shown limited interest in setting up joint security arrangements with the Kurdish peshmerga.

Defense Department spokeswoman Cmdr. Rebecca Rebarich told Al-Monitor in April that the peshmerga have focused on keeping pressure on IS sleeper cells in northern Iraq. The Pentagon has insisted that it will continue training and equipping the peshmerga forces, even as Iraq declared victory over the Islamic State nearly two years ago, though the Trump administration slashed the budget for equipping the Kurdish fighters by more than half earlier this year.

Yet even as the Pentagon tries to shuffle more money away from the Middle East and toward military competition with China and Russia, the Trump administration has pushed harder for a resolution between Baghdad and Erbil in recent weeks over disputes on the constitution, and the budget and revenue splits for the semiautonomous Kurdistan Regional Government (KRG).

KRG officials have long complained that Baghdad has stalled their bid for constitutional recognition, although Iraq’s parliament agreed to partially cover peshmerga salaries in its latest budget.

Vice President Mike Pence spoke on the phone with KRG President Nechirvan Barzani in late August. Pence pressed for a deal with Baghdad on oil sales, and pushed for cooperation in the IS fight.

The Barack Obama administration was first forced to intervene in Iraq in 2014 when advancing IS forces threatened to overrun the US Consulate in Erbil. The city is the seat of the KRG.

That threat served as the international legal justification for the presence of more than 5,000 US troops in the country; this presence has come under scrutiny from Iraqi lawmakers.

While Prime Minister Adel Abdul Mahdi has strongly strongly condemned a recent wave of reported Israeli strikes targeting Iran-backed Popular Mobilization Units (PMU), he faces pressure from hard-line Shiite parliamentarians to boot American forces from the country. The PMU has blamed the United States in the attacks, saying the Pentagon has abrogated its role to defend Iraqi airspace.

Meanwhile, relations between the United States and the semiautonomous Kurdish region had been strained since the peshmerga left the IS fight after the KRG held a September 2017 independence referendum over opposition from the Trump administration.

Experts tracking the dispute have said the security vacuum is largely focused in Diyala province and in oil-rich Kirkuk, where the Iraqi Security Forces (ISF) and peshmerga once held joint patrols and shared intelligence.

“For a while the mantra was: ISF is in charge when the sun is up, and [IS] is when the sun is down,” said Bilal Wahab, a researcher at the Washington Institute for Near East Policy.