The Pentagon is set to slash salaries for the Iraqi peshmerga in its new budget. 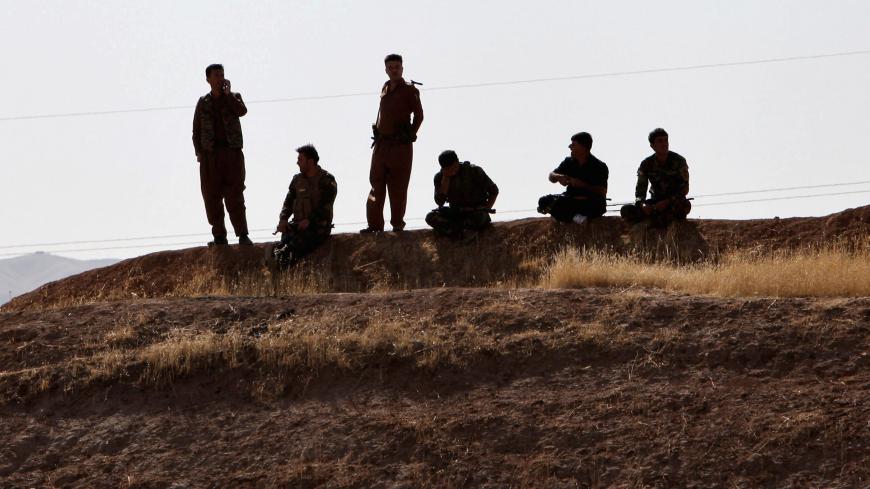 The Donald Trump administration seeks to slash salaries for Iraq’s peshmerga forces by more than half in next year’s budget.

The Pentagon’s budget blueprint for the fiscal year beginning in October cuts stipends for the Kurdish fighters from $290 million down to $126 million. The money covers salaries, food and fuel as well as equipment spread out among 12 Kurdish brigades “to increase peshmerga pressure” on the Islamic State (IS, also known as ISIS), according to the budget.

The Defense Department is framing the cut as a move to have Baghdad increase its contribution as Iraq looks to integrate the Kurdish units into the national military force. The Iraqi parliament approved a $112 billion budget in January that partly covers peshmerga salaries in the latest sign of warming ties between Baghdad and Erbil.

The peshmerga remain “vital partners to achieve the enduring defeat of ISIS,” said Cmdr. Rebecca Rebarich, a Pentagon spokeswoman. “We were pleased to see funding for Kurdistan Regional Government (KRG) salaries in the 2019 Iraqi government budget.”

Still, tensions linger since the Kurds voted to secede in a September 2017 referendum that prompted Baghdad to launch a military intervention. The Pentagon in turn briefly stopped paying peshmerga salaries after the vote.

Iraqi officials insist ties between the two sides are warming, and that potential disputes over oil and other resources won’t impact the issue of salaries. Speaking at the US Institute of Peace in Washington on March 29, Iraqi parliamentary speaker Mohammed al-Halbusi, a Sunni politician from the western Anbar province, insisted relations between Erbil and Baghdad are on the right track after both sides learned to compromise.

KRG Prime Minister Nechirvan Barzani told Al-Monitor in a recent interview that the bloc’s relationship with Baghdad “is far better than it used to be” but said he still supports a provision of the Iraqi Constitution that requires a referendum on the disputed Kurdish territories. Barzani said the KRG had learned to be “pragmatic” in its talks with Baghdad rather than demanding 17% of the Iraqi state budget as called for under the constitution.

The peshmerga quit the counter-IS fight after the 2017 victory in Mosul, as central Iraqi forces occupied oil-rich areas of the semi-autonomous region following the disputed independence vote. Currently, the peshmerga prevent IS activity in the KRG’s three provinces, the Pentagon said, keeping pressure on sleeper cells in northern Iraq.

“ISIS may have lost its so-called caliphate, but they are actively transitioning to underground clandestine activities, and they are believed to be moving into northern Iraq where they can begin their resurgence,” Rebarich said. “Moving forward, the peshmerga will continue to have a vital role in applying pressure on ISIS sleeper cells within their areas of operation and in partnership with the Iraqi Security Forces.”

Even as officials say the relationship between Baghdad and Erbil is improving, Iraqi Kurdistan has been beset by political woes that threaten efforts to modernize and unify the peshmerga.

The region’s top two political blocs, the Kurdistan Democratic Party and Patriotic Union of Kurdistan, both of which control their own peshmerga forces, have failed to reach a deal to form a KRG Cabinet since regional elections in September. Even as the threat of IS cells re-emerges in the oil-rich city of Kirkuk and in Mosul, the two sides remain far apart on splitting oil revenues and other key economic issues.

The US military assistance aims to bridge some of Iraq’s internal divisions by restocking peshmerga brigades with ammunition, vehicles and anti-tank weapons to get them in line with US military standards so they can conduct joint patrols with the Iraqi Security Forces, despite lingering difficulties on the ground. Some experts worry the latest proposed cut will create less incentive for the rival Kurdish forces to come together.

With less money in the KRG’s pocket for salaries, experts expect the Ministry of Peshmerga to have little leverage to bring elite independent units of the Patriotic Union of Kurdistan under Erbil’s command.

“The war against IS and the $290 million was not incentive enough,” said Bilal Wahab, a fellow at the Washington Institute for Near East Policy. “This is even less of an incentive.”