In a meeting with a powerful parliamentary commission on the recently leaked audiotape of himself, Iranian Foreign Minister Mohammad Javad Zarif said he would not run for president. 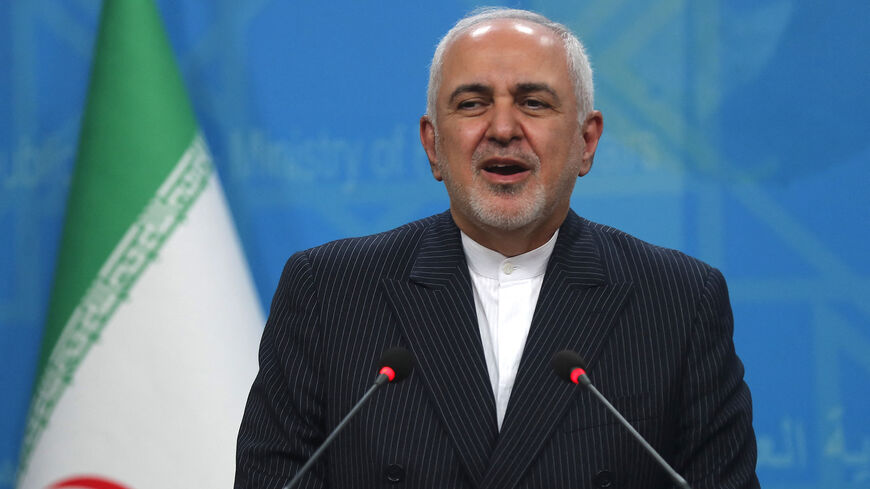 Iranian Foreign Minister Mohammad Javad Zarif spoke at parliament’s National Security and Foreign Policy Committee meeting regarding the leaked audio that has made headlines in the country for weeks.

Abolfazl Amouei, spokesman for the commission, told Iranian media that 12 individuals participated in the meeting from the National Security and Foreign Policy commission as well as other parliamentary bodies. He said the focus of the meeting was Zarif’s audio, which he said had “created a divide in public opinion,” separating the battlefield and diplomacy.

In the audio, which Zarif recorded for the sake of posterity with economist Saeed Laylaz so that future administrations could study various aspects of the ministerial jobs, the foreign minister complained that his role was not the dominant one in the region. Zarif said that former Quds Force commander Maj. Gen. Qasem Soleimani, who was assassinated by the Trump administration, was making his own decisions and not heeding the advice of the administration. The Quds Force, which operates under the Islamic Revolutionary Guard Corps, answers to the supreme leader, who is the commander in chief.

According to Amouei, Zarif emphasized his friendship with Soleimani and saw him more than just as a commander and had not sought to “diminish the stature” of Soleimani. Zarif reportedly added that it was not his position that the battlefield and diplomacy are two separate tracks; rather, he seems them as one.

The most newsworthy aspect of Zarif’s meeting with the commission was that he reportedly said he would not be a candidate in the upcoming presidential election “under any condition.” There has been some speculation that people close to Zarif had intentionally released the audio file in order to elevate his stature ahead of the election this summer. While this scenario has not been proven, it could help Zarif stand out as someone who opposed the policies of the unelected bodies of the state.

Ebrahim Rezaei, a member of the National Security and Foreign Policy Committee, denied rumors swirling online that Zarif had put his hand on the Quran when he said he would not be a candidate in the elections. According to Rezaei, Zarif’s concerns regarding becoming a candidate in the upcoming election had to do with not wanting to turn the current nuclear negotiations in Vienna into an election issue. Zarif and his ministry are currently negotiating a US entry back into the Joint Comprehensive Plan of Action, which Donald Trump exited. Iran would need to return to full compliance of the nuclear deal. Ensuring sanctions relief has been a major priority for the Hassan Rouhani administration, which first campaigned on a nuclear deal and sanctions relief in the 2013 elections.