President Hassan Rouhani has vowed to fulfill his promise to remove sanctions during the final months of his administration. 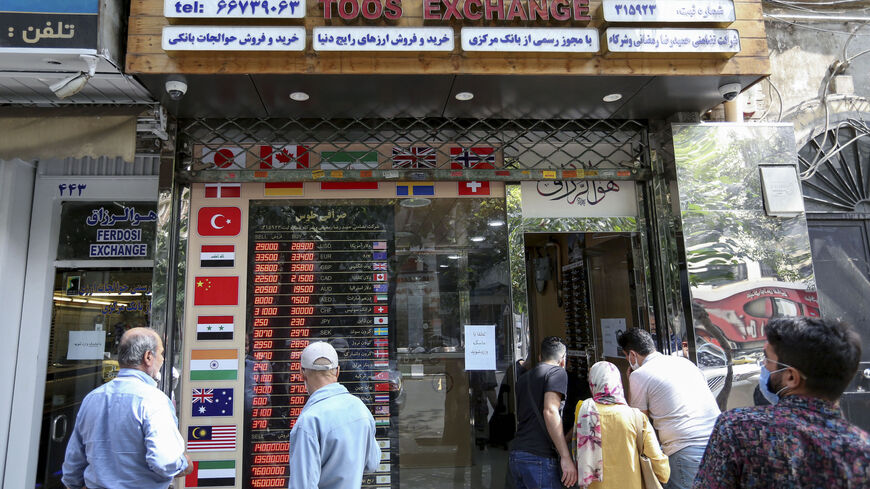 Iranians check a display board at a currency exchange shop in the capital Tehran, on Sept. 29, 2020. - ATTA KENARE/AFP via Getty Images

Iranian President Hassan Rouhani said at a cabinet meeting today, “The sanctions have failed and if we remained united, the sanctions will soon be removed.”

Iran and the members of the UN Security Council plus Germany are currently renegotiating the terms of the Iran nuclear deal known as Joint Comprehensive Plan of Action. The United States exited the deal in 2018 and reapplied crippling sanctions. Iran took steps out of compliance but technically remained party to the agreement. With President Joe Biden in office, the United States has decided to reenter the deal and negotiations are currently taking place in Vienna.

Rouhani continued, “We remain committed to the promise that we made to the people about corona and sanctions and we will remain so until the final days [of my administration].” Presidential elections will take place this summer. After campaigning on removing sanctions and promising better ties with Western countries in order to open up Iran’s economy in 2013, the Rouhani administration may finally partially achieve that promise before he leaves office in 2021. Former US President Donald Trump and his desire to scrap the nuclear deal signed by his predecessor thwarted many of Rouhani’s economic plans.

Iran is still struggling to reign in the coronavirus, as Rouhani mentioned. Yesterday there were 349 deaths from the virus, and the day before that there were 344. Iran is currently in its fourth wave of infection. Not too long ago the country had gotten its daily COVID deaths under triple digits. However, the New Year holidays in March, a time of family gatherings and domestic traveling, caused a spike in cases. There have been over 73,000 confirmed deaths in Iran since the outbreak in February 2020. However, according to officials, the real numbers could be twice as high.

It is unclear which direction Iran’s presidential election will turn this summer. Most analysts believe conservatives will likely take the presidency due to factors such as low turnout, the Guardian Council eliminating prominent Reformists from running and Rouhani not being able to remove the sanctions fast enough, even though Supreme Leader Ayatollah Ali Khamenei has the final say on the nuclear program.

There has been wide speculation that Foreign Minister Mohammad Javad Zarif could run. However, the fallout from the leaked audio recording scandal has made him a target for conservatives. Conservative officials, political deputy for the Islamic Revolutionary Guard Corps Yadollah Javani being the most recent, continue to make public statements in defense of Quds Force commander Qasem Soleimani, who Zarif made slightly critical remarks about in the recording. Even former moderate allies such as Ali Motahhari jumped on the bandwagon, saying today that Zarif is not a man “for every battlefield,” a reference to Zarif’s audio.