Iran and Algeria have improved relations in recent years, leading to concerns from Morocco and Iranian government critics. 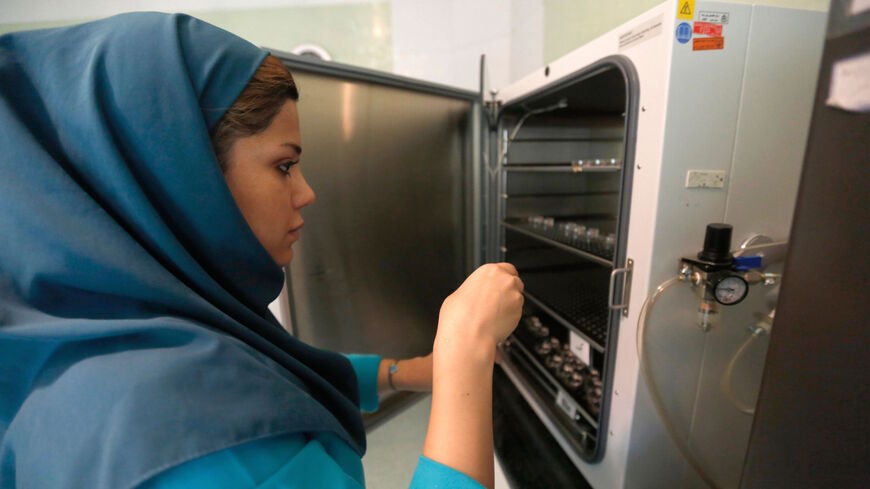 An Iranian medical staffer works with samples at the Avicenna embryology and infertility center in Tehran on June 29, 2016. - ATTA KENARE/AFP via Getty Images

Iran is opening a fertility research center in Algeria. The move is part of a yearslong warming of ties between the Islamic Republic and the North African country.

The Royan Institute, which studies male and female infertility, embryo development and stem cells, will open a branch in Algeria, the semi-official Mehr News Agency reported on Tuesday. The negotiations took place for almost a year. The outlet did not report when exactly the institute will establish itself in Algeria.

Iran has sought better relations with Algeria for several years. In 2018, Iranian President Hassan Rouhani expressed a willingness to improve bilateral cooperation to then Algerian President Abdelaziz Bouteflika. Rouhani continued this rhetoric after Bouteflika’s ouster in 2019. Iranian and Algerian diplomats made similar comments this month, according to the semi-official Tasnim News Agency.

The friendship is not new. Algeria also supported Iran’s rights to develop nuclear technology all the way back in 2007.

Iran-Algeria ties are subject to criticism by opponents of the Iranian government. In 2014, Iranian intelligence and military official Amir Mousavi became Iran’s cultural attache in Algiers. Some Algerians accused him of spreading Shiite Islam in the majority Sunni country. People also alleged he attempted to create a pro-Iran military organization in Algeria modeled after Hezbollah in Lebanon, according to the Foundation for Defense of Democracies think tank. The DC-based organization is often described as taking a hard line on Iran.

Similarly, a 2018 op-ed in the Saudi news outlet Al-Arabiya described Iran’s policy in Algeria as “hegemonic,” again focusing on Mousavi.

At the same time, Iran’s relations with Algeria’s neighbor and rival, Morocco, have deteriorated. Morocco severed ties with Iran in 2018, accusing Tehran of supporting the Polisario Front via its Algerian Embassy. The group supports independence for Moroccan-controlled Western Sahara and is also backed by Algeria.