Morocco’s accusation that Hezbollah and Iran are plotting against it with the Polisario Front has escalated tension with Algeria. 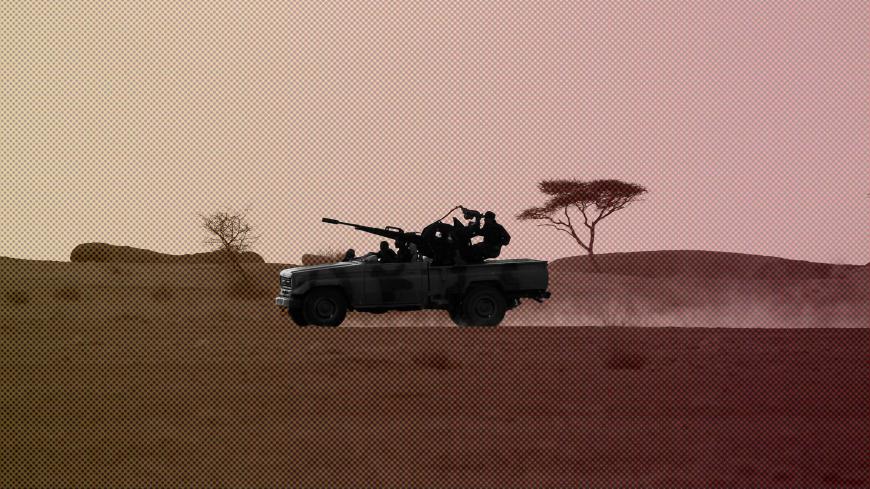 BEIRUT — Morocco's decision to sever ties with Iran May 1, after accusing Iranian-backed Hezbollah of training and arming the Polisario Front and seeking independence for the disputed Western Sahara, provoked mutual accusations between Morocco and Algeria, which supports the Polisario Front.

In a June 12 interview with the French Pan-African magazine Jeune Afrique, Moroccan Foreign Minister Nasser Bourita revealed details of Algeria’s “cover, backing and operational support” for meetings held between high-caliber Hezbollah cadres and Polisario leaders in a “hideout” in the capital, Algiers. He claimed that the Iranian Embassy in Algeria served as a link between Hezbollah, Algeria and the Polisario Front.

Bourita said in the interview that he had told his Iranian counterpart Mohammad Javad Zarif the names of senior Hezbollah military officials who had visited, on several occasions since March 2017, the Tindouf refugee camps controlled by the Polisario Front in order to supervise training courses, set up facilities and meet with Polisario officials.

Iranian Foreign Ministry spokesman Bahram Qasimi responded in a press conference May 16, saying, “Moroccan officials during their meetings with our foreign minister or during their TV interviews failed to provide any evidence to substantiate these allegations."

Algerian Foreign Ministry spokesman Abdel Aziz Ben Ali Sharif rebutted the accusations of Morocco’s Foreign Ministry. In a May 13 statement, Sharif said, “Instead of submitting the 'irrefutable' evidence that he claims he holds, which really does not exist … the Moroccan minister chose to opt for mystification and fabrication.”

On May 2, the Iranian Embassy in Algeria had denied Morocco’s allegations. The day before, the Polisario Front also had rejected them, calling them an attempt by Rabat “to shirk the peace process.” Hezbollah also said in a May 1 statement, “It is unfortunate that Morocco — under pressure from the United States, Israel and Saudi Arabia — is resorting to these false accusations.”

The head of Algeria’s National People's Assembly, Said Bouhadja, told parliament May 16 that Morocco's recent allegations “will not shake Algeria's inalienable and supportive stance on the Western Sahara issue.”

Bouhadja mentioned the UN Security Council's position, in Resolution 2412 of April 27, that self-determination should be the subject of UN-sponsored direct negotiations in good faith and without preconditions between the Kingdom of Morocco and the Polisario Front in order to reach a just and mutually acceptable political solution that would ensure the self-determination of the Western Sahara people.

Moroccan university professor Abdel Rahim Manar al-Sulaimi, head of the Atlantic Center for Strategic Studies and Security Analysis in Rabat, told Al-Monitor that the history of Moroccan-Iranian relations abounds with crises and conflicts.

“The conflict began in the early 1980s and resurfaced in 2008 and 2009 after Morocco dismantled the Abdel Qader Belaraj terrorist cell in Morocco linked to Iran and Hezbollah,” he said. “Today, Iran and Hezbollah are trying to change the Polisario's structure by establishing a Hezbollah Maghreb branch that targets Morocco from the southwest of Algeria and over the UN buffer zone in Western Sahara.”

Sulaimi added, “Morocco has detected a close coordination over the last two years between the Iranian Revolutionary Guard Corps and the Algerian Embassy in Tehran. They couldn’t have dug tunnels and transferred missiles from Algerian territory to the Polisario Front without Algeria actually knowing. Algeria is a key partner in the Iranian project carried out by Hezbollah inside Polisario camps.”

He added, “Algeria seeks to destabilize Morocco while Iran's goal is to expand in North and West Africa and the Polisario Front is its gateway.”

However, Nana Labat Rachid, a writer and activist close to the Polisario Front, disagrees. “Morocco wants to woo the anti-Iranian Trump administration, knowing that Trump is angry with the Moroccan regime" for reportedly providing funding in 2014 to the charity of his presidential election competitor, Hillary Clinton, Rachid told Al-Monitor. “Morocco wants to exploit the accusation of terrorism leveled by some countries against Hezbollah to allege its cooperation with the Polisario Front in terms of training and armament to frame the Polisario and portray it as a terrorist group.”

Rachid said that the Polisario Front flaunts its international connections and that Iran has recognized the Sahrawi state since 1980. “Western Sahara had an embassy in Tehran, but in the late 1990s diplomatic relations turned lukewarm and the embassy closed. But the relationship now is not bad in general,” she added.

Emphasizing the strength of the Sahrawi army, Rachid said the force was created before Hezbollah and is more advanced. She said the Sahrawi army has fought against Spain, Morocco and Mauritania and is well prepared. “It is the ally of Algeria; it does not need to be trained and armed by Hezbollah,” she said.

Lebanese political analyst Tawfiq Shoman told Al-Monitor, “According to my analysis of Morocco’s foreign relations policy, severing ties with Tehran was part of a general Arab campaign against Iran.” Recalling the Arab campaign against Iran during the 1980-88 Iran-Iraq War where several Arab states, including Morocco, severed ties with Iran in solidarity with Iraq, Shoman said the recent Moroccan decision was probably aimed at showing solidarity with Saudi Arabia.

He said, “Saudi Arabia is mulling over sending Arab troops to Syria. Morocco might be paving the way for forming Moroccan public opinion against Iran to justify its participation in these troops, especially as the Moroccan public is hostile to the Polisario Front, and sees it a separatist movement that threatens the territorial integrity of Morocco. The Moroccan authorities linked severing ties with Iran to the most serious security threats from the Polisario Front.”

In turn, a source close to Hezbollah told Al-Monitor on condition of anonymity that the Lebanese party is busy getting ready for its next confrontation with Israel in Lebanon and Syria, and for fighting extremist groups in Syria.

“The Western Sahara issue is not a priority for Hezbollah,” the source said. “Morocco’s accusations are not based on data and facts, but rather fall within the scope of the escape-forward policy in a bid to avoid the challenge of finding a political solution and holding a referendum on self-determination in the Western Sahara, as stipulated in the recent UN Security Council Resolution 2414.”

Regardless of the context behind Morocco's accusations against Iran, Hezbollah and Algeria, these charges once again have brought into the spotlight the “Sahara conflict” that was ignited more than 40 years ago.

Morocco controls 80% of the desert territory and considers it part of Morocco's national territory. Morocco proposes granting autonomy to the Sahrawi population, while the Polisario Front demands the Sahrawis’ right to self-determination and separation from Morocco.