Massively outspent by Morocco, the Western Sahara’s independence fighters have been all but deserted by Congress and the Obama administration. 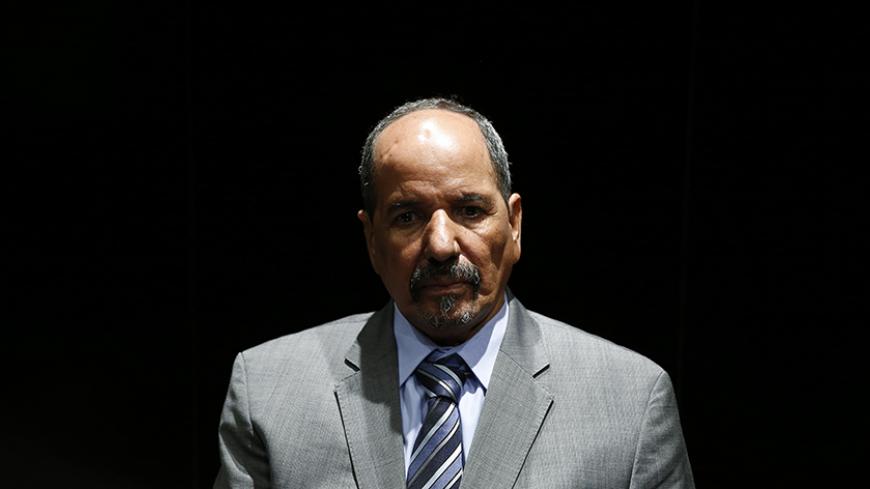 The United States is steadily dropping any pretense of impartiality over the fate of the “last colony in Africa” as Western Sahara activists find themselves massively outspent by Morocco.

Pending foreign aid bills in the House and Senate both call for US aid to Morocco to be spent in the disputed region. The move amounts to a de facto recognition of Rabat’s sovereignty over the resource-rich territory.

The change in policy was first introduced into last year’s omnibus spending bill at the behest of House Appropriations member Mario Diaz-Balart, R-Fla., a longtime champion of US ally Morocco. While still paying lip service to long-standing UN demands for self-determination, Obama administration officials are also increasingly siding with Rabat.

The US Export-Import Bank approved a $92 million long-term guarantee last year for a Moroccan fertilizer giant that exploits the region’s lucrative phosphate mines. And the Clinton Foundation came under fire earlier this year for accepting a $1 million donation from the same state-owned firm.

Despite those recent setbacks, a band of former revolutionaries remains convinced they can get the United States to back their dreams of independence. The Sahrawi Arab Democratic Republic hired the New York-based nonprofit advisory firm Independent Diplomat in 2007 and renewed its contract three years later. The firm reported receiving $19,975 to lobby for the Sahrawi Arab Democratic Republic in 2014, nearly double the $10,000 reported in past years.

According to disclosures under the Foreign Agents Registration Act, Morocco spent almost $3.1 million — 150 times more than the Polisario Front — on lobbying in 2014. The Polisario, meanwhile, has been able to count on a lobbying assist from Algeria, the main champion of Western Saharan independence.

A handful of members are bucking the trend through participation in a Western Sahara Caucus chaired by Reps. John Conyers, D-Mich., and Joseph Pitts, R-Pa. Algeria spends $420,000 a year lobbying in the United States and has had numerous contacts with Pitts and other Sahrawi backers over the years.

“The re-establishment of this Western Sahara Caucus will be important to encouraging the Obama administration to use its leverage in the United Nations to resolve the last colonial issue on its agenda for the African continent," Conyers said in relaunching the caucus June 1. “While the State Department played an important role in renewing the UN peacekeeping mission for Western Sahara, I hope that Congress can push for a greater emphasis on human rights monitoring and scheduling the referendum necessary to resolve the long-running controversy.”

Initial expectations were that President Barack Obama might prove to be more open to its aspirations for Western Sahara than his Republican predecessor had been. The disputed territory has been the source of fighting between Morocco, which claims sovereignty over the area, and the independence-seeking Polisario Front, the political force behind the self-declared republic, since Spain withdrew as the colonial power in 1975.

The Obama administration appeared ready to break with the US precedent in 2013 during negotiations over the renewal of MINURSO, the UN mission in charge of overseeing a future Western Sahara referendum, which has been in limbo since 1991 amid disputes between Morocco and the Polisario over who should be eligible to vote. The United States contributes about $17.5 million a year to the mission.

The Obama administration included a human rights monitoring component as part of a draft resolution renewing it, Reuters reported at the time. After an outcry from Morocco and its ally France, however, the administration backed down. The 2015 renewal of MINURSO likewise does not include such a mechanism.

Obama further let down independence advocates when he expressed support for a proposal by Morocco that would replace the referendum on self-determination with autonomy under Moroccan sovereignty. The Polisario Front says nothing short of self-determination is acceptable and has accused Morocco of eyeing the region’s resources, notably phosphates.

“Morocco’s autonomy plan is serious, realistic and credible,” White House spokesman Jay Carney said in November 2013 before a meeting between Obama and King Mohammed VI in Washington. “It represents a potential approach that can satisfy the aspirations of the people in the Western Sahara to run their own affairs in peace and dignity.”

The administration has not, however, followed Morocco's advice to denounce the Polisario Front as a terror group. Appearing at a House Foreign Affairs Committee hearing on instability in Africa three years ago, Daniel Benjamin, the State Department's coordinator for counterterrorism, called reports of Polisario links to al-Qaeda “spurious.”

The FY 2015 omnibus spending bill that cleared Congress in December states that US assistance to Morocco “shall also be available for assistance for the territory of the Western Sahara.” The House and Senate foreign aid bills for the fiscal year that starts Oct. 1 say the same thing after the more recalcitrant Senate Democrats lost control of the chamber in last year’s elections.

The State Department has thus far shied away from using Moroccan aid for programs in Western Sahara, according to the Congressional Research Service, because doing so would “tacitly accept Moroccan sovereignty.” The agency, however, now says that it is “determining how we will implement fiscal year 2015 economic assistance to the Western Sahara” in light of the change in law.