Senate appropriators want to tighten restrictions on US aid to Morocco-occupied Western Sahara one year after the House first made assistance available. 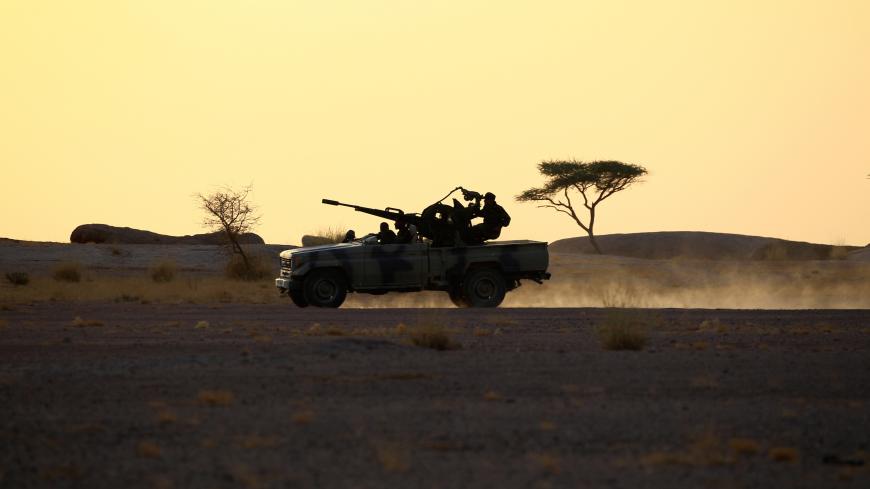 A handful of senators are standing up to their House colleagues who want the United States to side with Morocco over the disputed Western Sahara.

The Senate spending panel that oversees US foreign aid has included language in its annual appropriations bill that would require the Donald Trump administration to consult with the United Nations before providing aid to Western Sahara, a contested region administered by Morocco. The Sahrawi Arab Democratic Republic, the Algerian-backed government in exile that is pushing for a long-delayed independence referendum, welcomed the Senate’s move.

“Since Morocco does not have any legitimacy in the territory, it makes sense that Congress should consult with the United Nations,” Mouloud Said, the Sahrawi Arab Democratic Republic’s envoy to the United States, told Al-Monitor. “We are very happy for the language that was adopted by the Senate. This is the logical approach while the country still is not recognized.”

Senate appropriators released the bill last month around the time the UN appointed former German President Horst Kohler as the special envoy for Western Sahara. Kohler met with representatives of the Sahrawi Arab Democratic Republic in Algeria on Wednesday after visiting Morocco.

Congress since 2016 has required that US bilateral aid to Morocco “be made available for assistance to the Western Sahara.” While the Senate language still allows the United States to provide assistance to the Moroccan-administered territory, it requires “consultation” with “representatives of the United Nations Mission for the Referendum on the Western Sahara” (MINURSO), the UN peacekeeping mission.

Advocates of Sahrawi independence fear that allowing the use of US funds in Western Sahara legitimizes Morocco’s occupation. The Senate language would act as a bulwark against de facto recognition of Moroccan sovereignty over the phosphate-rich territory.

The Barack Obama administration chose to implement the congressional mandate by providing grants to Sahrawi civil society organizations and local governance programs. While Said praised the Senate’s drive to force the administration to consult with MINURSO before issuing grants, he still rejects the premise of the current US grants for Western Sahara.

The UN created MINURSO in 1991 and tasked it with facilitating an independence referendum for Sahrawis after 16 years of armed conflict between Morocco and the Algeria-backed Polisario Front, the armed wing of the Sahrawi Arab Democratic Republic. To the frustration of many Sahrawis, the vote is more than two decades overdue as the two sides disagree on who is eligible to participate.

Rep. Mario Diaz-Balart, R-Fla., has long led House appropriators in their push to make US aid available in the disputed territory. The congressman’s brother, former Rep. Lincoln Diaz-Balart, R-Fla., lobbies on behalf of Morocco as the head of Western Hemisphere Strategies.

Although Morocco spends millions every year lobbying Congress and the administration to recognize its authority over Western Sahara, this year’s Senate appropriations bill suggests that Algeria’s much smaller lobbying efforts on behalf of the Polisario are also yielding some fruit. Algeria pays the firm Foley Hoag roughly $420,000 a year to lobby Congress on the issue. The Sahrawis for their part spent $10,000 on lobbying last year.

Lobbying disclosure forms indicate that Foley Hoag was in frequent contact with the offices of Sen. Lindsey Graham, R-S.C., and Sen. Patrick Leahy, D-Vt., both this year and last. Graham is the chairman of the foreign aid spending panel, while Leahy is the top Democrat on both the panel and the full Senate Appropriations Committee.

“Our intent is to support humanitarian and development programs in the Western Sahara in a manner that is consistent with MINURSO’s mandate,” Leahy told Al-Monitor. “For that reason we require prior consultation by the secretary of state with MINURSO.”

A source involved in the debate told Al-Monitor that Sen. Jim Inhofe, R-Okla., a longtime advocate of Sahrawi independence, also pushed the appropriations committee to insert the MINURSO consultation language. Inhofe declined to say so outright.

“I don’t think it’s appropriate for me to talk about conversations that I’ve had with individuals,” the senator told Al-Monitor. “That’s a violation of courtesy, I think. Not that it’s that big a deal.”

Inhofe said that he has visited Sahrawi refugee camps in Algeria three times before, most recently in February.

“I’ve watched the plight of these people and it’s been three decades [since they were] ejected out of their homeland,” Inhofe told Al-Monitor. “If you haven’t been there, there’s no place more forlorn than that particular part of the desert.”