The agency is close to awarding a $1 million grant for the Moroccan-controlled Western Sahara. 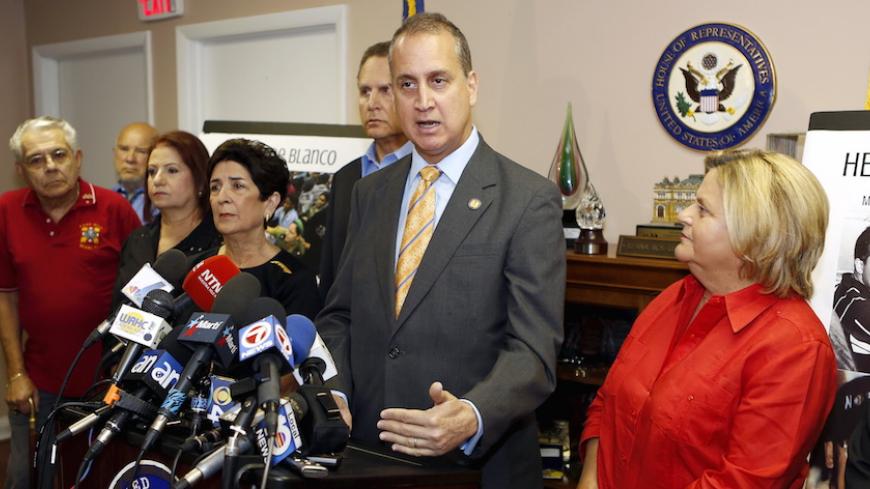 The State Department is expected to soon approve a $1 million program for a disputed North African region in a compromise that could yet anger all those involved.

The agency is gearing up to approve the grant for the Moroccan-controlled Western Sahara under pressure from Rabat’s friends in Congress. In a twist, however, the program is restricted to boosting civil society rather than promoting the kind of economic development long sought by Morocco.

“The planned $1 million program will support the people of the Western Sahara to form meaningful linkages with civil society organizations and local government.”

The grant comes after lobbyists for Morocco convinced Congress to legislate that US foreign aid be spent in the Western Sahara, in a bid to legitimize Rabat’s control over the mineral-rich territory. Language mandating that bilateral aid to Morocco “shall be made available for assistance for the Western Sahara” was included in last year’s omnibus appropriations bill at the behest of Rep. Mario Diaz-Balart, R-Fla., while a related nonbinding report further clarified congressional intentions.

Congress is in effect siding with Morocco, which claims historic sovereignty over what it considers its southern half and has proposed an autonomy plan. Native Sahrawi activists, backed by neighboring Algeria, want a referendum on independence as promised by the United Nations a quarter century ago.

“The State Department and Congress are in ongoing consultations regarding the execution of this program,” Diaz-Balart told Al-Monitor in an emailed statement. “Congress is intent on ensuring this program is executed within compliance of the law. Morocco is an important ally in the region, and has worked hand in hand with the United States on a number of programs, reforms, and economic agreements. I am confident that this program will be another positive and successful partnership between our two nations.”

Thrust into the debate, the State Department has opted to thread the needle by focusing its efforts on democracy-building. In a letter explaining its approach to the congressional mandate, Assistant Secretary of State for Legislative Affairs Julia Frifield made clear that the $1 million grant “does not reflect a change” in the Obama administration’s policy of supporting a “peaceful, sustainable and mutually agreed solution to the conflict.”

"This program will address the legitimate needs of the people of the Western Sahara,” Frifield wrote in a Dec. 23 letter to Rep. Joseph Pitts, R-Pa., the co-chairman of the Tom Lantos Human Rights Commission and the top Sahrawi advocate in Congress. “It will seek to strengthen civil society organizations and local representative bodies to bolster the ability of citizens to play an active role in making decisions that affect their lives.”

The State Department grant is being offered under the auspices of the Near Eastern Affairs bureau’s Middle East Partnership Initiative (MEPI), which funnels aid through nongovernmental organizations rather than funding foreign governments. The program was launched in 2002 as part of President George W. Bush’s democracy promotion agenda and has been described in the past as an “attempt to find a middle ground” and “encourage reforms without challenging the legitimacy of the host Arab government.”

A lobbyist for Morocco said the kingdom welcomed the program.

“In a joint statement after King Mohammed VI’s 2013 visit to Washington, DC, the King and President Obama pledged a ‘shared commitment to the improvement of the lives of the people of the Western Sahara,’” Jordan Paul, executive director of the Moroccan American Center for Policy, said in an emailed statement. “The State Department [grant proposal] focuses on providing official U.S. assistance to local Moroccan elected representatives and civil society and represents an opportunity for the U.S. to address the president’s pledge.”

The Western Sahara program aims to fund activities “that develop the capacity of local civil society, political parties, and/or government officials with the goal of strengthening the ability of citizens to have a regular opportunity to play an active role in making decisions that affect their lives and in holding their governments accountable,” according to the grant application. “Proposed activities should focus on addressing needs and opportunities to strengthen inclusive governance institutions.”

The bidding process opened in August and closed in mid-October, but no winner has yet been named.

“It's pretty disconcerting as an American citizen and taxpayer to see this attempt to use language to change long-standing US policy on this issue,” said Suzanne Scholte, who chairs the nonprofit US-Western Sahara Foundation. “But fortunately it failed as the State Department is making sure that funds are not expended to enhance Morocco's illegal occupation of Western Sahara.”

The Sahrawis themselves aren’t as sanguine, however.

Mouloud Said, the Sahrawi Arab Democratic Republic’s US envoy, said Moroccan lobbyists have been trying to legitimize Rabat’s administration of the region ever since the 2004 trade deal with the United States excluded the Western Sahara.

“This sort of program is very welcome once we find a solution to the conflict. But this is not the right moment,” Said told Al-Monitor in a phone interview. “It’s not a good idea because the real Sahrawi civil society is not going to be a part of it. They understand that this is a game by Moroccans to try to legitimize their occupation by getting the US involved through what appears to be an innocent and genuine program — which is everything but genuine or innocent.”

David McKean, a Western Sahara program officer with the Robert F. Kennedy Human Rights center, said much will depend on how the State Department implements the grant. While it could help strengthen Western Sahara groups, he said there’s also a risk that it could end up legitimizing unrepresentative, pro-government organizations on the ground.

“We’re kind of waiting to see who actually gets the grant, how it’s implemented,” he told Al-Monitor. “But it certainly has a lot of room to be a positive development.”