Critics of a $1 million Clinton Foundation gift see a ploy to build support for illegal exploitation of the "last colony in Africa." 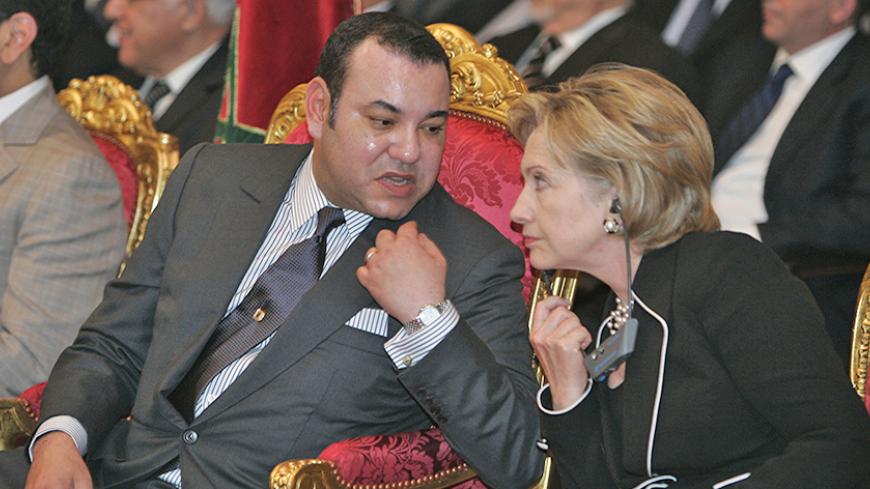 Clinton, who's expected to announce her candidacy for the Democratic nomination April 12, has come under fire for accepting foreign contributions to the Clinton Foundation, most recently a $1 million donation from OCP, a fertilizer giant owned by the Moroccan government. Left unsaid in the initial reports: OCP — the Office Chérifien des Phosphates — is a major player in the exploitation of mineral resources from the Western Sahara, a disputed territory known as the “last colony in Africa” that Morocco took over after colonial power Spain abandoned it in the 1970s.

“You’ve heard of blood diamonds, but in many ways you could say that OCP is shipping blood phosphate,” Rep. Joe Pitts, R-Pa., told Al-Monitor. “Western Sahara was taken over by Morocco to exploit its resources and this is one of the principal companies involved in that effort.”

A co-chairman of the Western Sahara Caucus and the Tom Lantos Human Rights Commission, Pitts is one of a small handful of lawmakers willing to buck Morocco, a longtime US ally that runs a massive lobbying and PR operation in Washington. On April 10, he sent a letter to the Clinton Foundation, first obtained by Al-Monitor, along with House Foreign Affairs human rights panel Chairman Chris Smith, R-N.J., asking the foundation to refund the money and “discontinue its coordination with OCP.”

A spokesman for the foundation did not return an email request for comment.

At issue is OCP’s operation of a mine in the Western Sahara town of Boucraa, from which phosphate rock — a key ingredient for making fertilizer — is dumped onto the world’s longest conveyor belt to make its way toward the coast, 60 miles away. According to a 2002 legal opinion by the UN, the exploitation of natural resources from so-called non-self-governing territories such as the Western Sahara is only legal if done to benefit the local population.

OCP and Rabat have started a lobbying blitz to persuade the world that Morocco, which claims the Western Sahara as its own, is spending far more money developing the desert region than it is making from the exploitation of its natural resources. 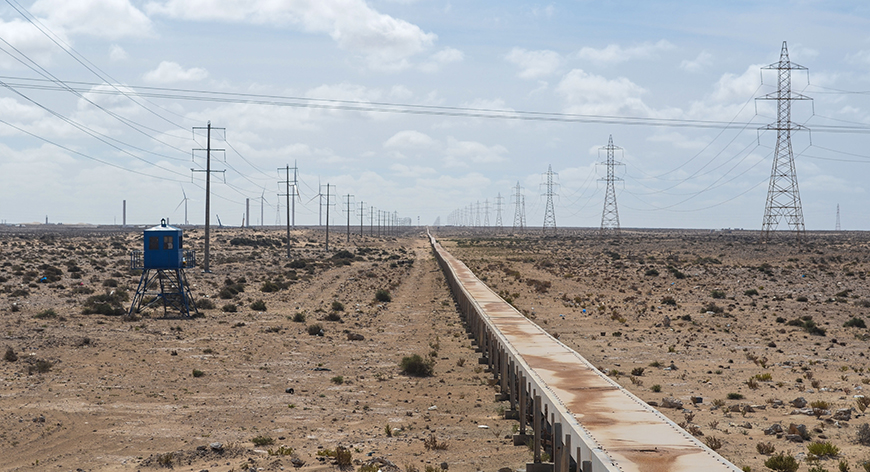 “It is a fact that what is produced in the Sahara is not even enough to meet the basic needs of its population,” King Mohammed VI told the UN last year. “Let me say this, in all sincerity: Moroccans have borne the cost of developing the southern provinces. They have paid out of their own pockets and given from the earnings intended for their children so that their brothers in the south may lead a dignified life as humans.”

Sahrawi advocates say the only way Morocco can claim to be benefiting the local population is if it finally gives them a vote on independence, as called for by multiple US-backed UN resolutions dating back to 1990.

“OCP is the first beneficiary of the war and the first beneficiary of the occupation — it is the one that is cashing in on the misery of thousands of refugees and hundreds of political detainees for the past 40 years,” said Mohamed Yeslem Beisat, the Washington envoy of the Polisario Front, which claims to lead a Sahrawi government in exile based in Tindouf, Algeria. “They’re doing this because they know Hillary has some chances of being president of the United States. And they want her to support their brutal occupation of Western Sahara.”

Covington and Burling, which lobbies the US government on behalf of OCP, did not return a request for comment. The OCP’s CEO, Mostafa Terrab, was himself a registered lobbyist in the United States until last year.

Morocco and its allies counter that it is the Polisario Front, an Algeria-backed rebel movement with past ties to Libya’s Moammar Gadhafi and Cuba’s communist regime, that is exploiting the Sahrawi people and keeping them locked up in camps on the Algerian side of the border. In a speech before the UN in November, King Mohammed VI made it clear that he had no intention of giving up Moroccan claims over the territory.

“The Sahara is a crucial, existential issue, not just a question about borders,” Mohammed VI told the world body on the 39th anniversary of the so-called Green March of 1975, when more than 300,000 Moroccans marched into the territory as Spain departed. “Morocco will remain in its Sahara, and the Sahara will remain part of Morocco, until the end of time.”

The OCP donation to the Clinton Foundation, which was first reported by Politico, will reportedly help pay for a Clinton Global Initiative meeting this May in Marrakech. It will be the first ever in the Middle East or Africa, and will feature such big wigs as former President Bill Clinton, King Mohammed VI and the presidents of Rwanda and Tanzania.

Hillary Clinton herself touted Morocco as a “vital hub for economic and cultural exchange” when she announced the meeting last September (she made no mention of OCP’s largesse at the time). In a subsequent press release, the Moroccan American Center for Policy, Rabat’s main lobbying arm in Washington, touted the country’s “ongoing efforts to leverage the country’s phosphate resources — an important component of fertilizer — to boost food security.”

Terrab is a former World Bank official committed to “democratizing access to fertilizer for Africa’s farmers,” according to a recent profile of the continent’s 50 most influential people in the French magazine Jeune Afrique. While those credentials dovetail with the Clinton Foundation’s mission, the Marrakech event also comes at a time when Morocco’s exports from the Western Sahara are coming under increasing scrutiny around the world.

The European Parliament in 2011 voted to revoke a fishing agreement that allowed the EU fleet to fish in Western Sahara waters, judging that the deal with Morocco was illegal because the Sahrawi people did not have a say in the matter, but reversed course in 2013. And Western Sahara Resource Watch, a Scandinavian nonprofit that aims to shame companies that benefit from the region’s exploitation, last year published its first comprehensive list of fertilizer companies that import Western Sahara phosphates.

“I think [the Clinton Foundation donation] is about wanting to be able to continue to exploit these resources as more and more people are becoming aware of how unfair and how wrong this is,” said Suzanne Scholte, a Republican human rights activist who chairs the non-profit US-Western Sahara Foundation. “I see this as an effort to try to block those gains.”

Scholte pointed to last month’s vote by the African Union Peace and Security Council to recommend a “global boycott of products of companies involved in the illegal exploitation of the natural resources of Western Sahara” as further proof of Morocco’s growing isolation. Morocco is the only country on the continent that’s not part of the African Union because of its occupation of the Western Sahara; the AU, however, recognizes the Polisario Front-led government in exile, the Sahrawi Arab Democratic Republic, as a member state.

“I do not believe that the people in Washington know and understand this — that the support for the Sahrawis is broad and deep all across the African continent,” she told Al-Monitor.

Critics of Morocco see the Clinton Foundation donation as a transparent attempt to portray Moroccan sovereignty over what it calls its “southern province” as having global support. They point to a parallel lobbying effort in Congress, where Morocco champion and Appropriations member Mario Diaz-Balart, R-Fla., introduced legislation in the 2014 omnibus spending bill that for the first time allows the US to spend foreign aid earmarked for Morocco in the Western Sahara — in apparent contradiction with US policy that does not recognize Moroccan sovereignty over the territory.

The Pitts/Smith letter also raised concerns that OCP may have been complicit in violations of the 2004 free trade agreement with the US, which was accompanied by a Ways and Means Committee report — championed by Pitts — that makes it clear the trade deal’s benefits don’t apply to imports from the Western Sahara. Morocco and OCP are widely believed to be seeking an end to those restrictions.

“I would be shocked, given the fact that Congress's opinion on the FTA was clarified in the committee report and not the base text, if Moroccan allies don't eventually try to muddle the FTA policy,” a House staffer who follows the issue told Al-Monitor.

Editor's note: This article has ben updated since its initial publication.