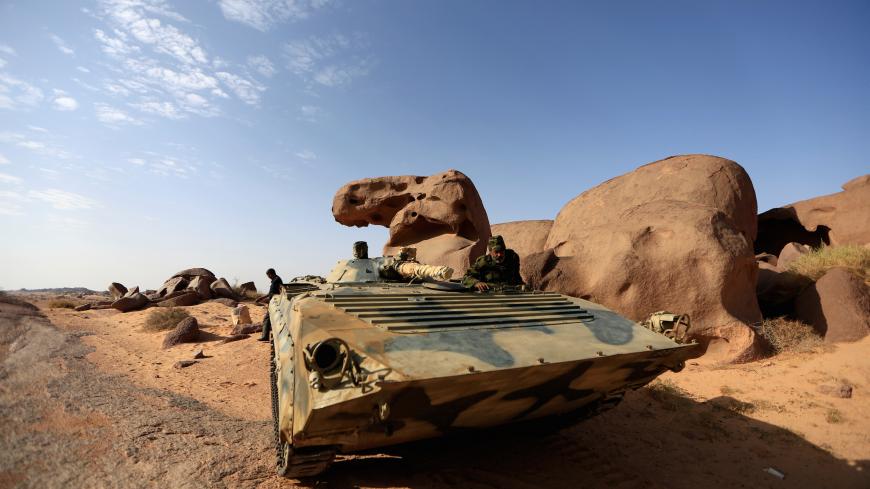 Hamuya Khalil, 49, a Polisario fighter, stands in an armored vehicle at a forward base on the outskirts of Tifariti, Western Sahara, Sept. 9, 2016. - REUTERS/ Zohra Bensemra

The US House of Representatives just passed a bill repudiating Morocco’s occupation of the Western Sahara, long the subject of a tug of war between the House and the Senate. The new language is an important — but largely symbolic — win for the Algerian-backed Polisario Front, which advocates for independence.

As a result of the ongoing government shutdown, House Democrats used their new majority to pass a spending bill last week in a mostly party-line vote with language that originated in the Republican-held Senate last year. That language treats the disputed Western Sahara as a sovereign entity, dealing a blow to Morocco.

Even though the language originated in the upper chamber, Senate Republicans refuse to pass their spending bill without funding for President Donald Trump’s proposed wall on the US-Mexico border.

The Senate foreign aid panel under Chairman Lindsey Graham, R-S.C., and top Democrat Patrick Leahy, D-Vt., has steered clear from recognizing Moroccan control over the Western Sahara. House appropriators by contrast have sided with Rabat in the dispute in recent years.

That dynamic changed last week when House Democrats adopted the Senate language, overhauling a provision from 2014 that first authorized US economic assistance in the Western Sahara.

The bill puts the Western Sahara language under its own section, rather than under the rubric of aid to Morocco. It also adds an additional caveat, noting “that nothing in this act shall be construed to change the policy of the United States to support the United Nations-led process to monitor the cease-fire and bring about a peaceful, sustainable and mutually agreed upon solution for the Western Sahara.”

“It makes clear that the Senate Appropriations Committee does not regard the Western Sahara to be part of Morocco, as its political status remains to be resolved,” Tim Rieser, a foreign policy aide to Leahy, told Al-Monitor. “But this may not materially alter the content of the US assistance programs.”

Although Congress first authorized the US Agency for International Development to coordinate with Morocco on economic assistance projects in the disputed territory in 2016, the Barack Obama administration remained wary that this could legitimize Morocco’s occupation. In a compromise, the Obama administration bypassed USAID and instead administered a $1 million grant for Sahrawi civil society programs under the Middle East Partnership Initiative.

The current status of USAID and State Department programs in the Western Sahara remains unclear as the press offices in both agencies could not be reached due to the government shutdown. However, the Trump administration raised alarm bells in Rabat last month when national security adviser John Bolton called for a UN-backed resolution in the Western Sahara, which has been delayed for nearly three decades.

The Moroccan Embassy in Washington declined to comment on the record. But the Polisario, which opposes the State Department grants as long as Morocco controls the disputed territory, enthusiastically welcomed the new language.

“Having Western Sahara under its own title is in accordance with international law,” Mouloud Said, the Polisario’s envoy to Washington, told Al-Monitor. “Even the State Department’s annual report on human rights reports on Western Sahara as a different entity from Morocco. The Sahrawis express their gratitude to the US Congress for this consideration.”

It remains unclear whether the language will survive a final spending agreement as House Democrats simply passed the Senate’s language, rather than writing their own. Although former Rep. Lincoln Diaz-Balart, R-Fla., recently stopped lobbying for Rabat, his brother, Morocco champion Mario Diaz-Balart, R-Fla., continues to sit on the House Appropriations Committee.

Morocco spent $2.1 million on lobbying Congress and the Trump administration in 2017, according to an Al-Monitor review of financial disclosures. That dwarfs the combined $450,000 spent by Algeria and the self-declared Sahrawi Arab Democratic Republic.