The surprise US inflation data last week could be the omen of deepening troubles for the Turkish economy. 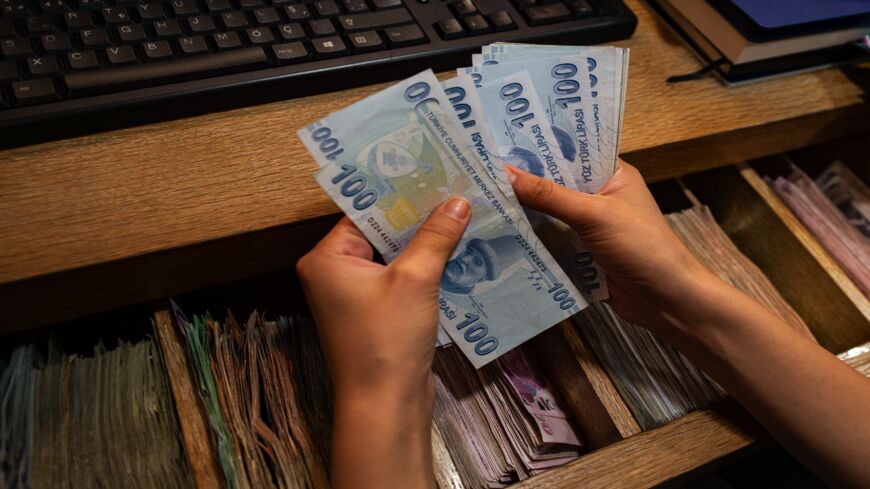 The Turkish lira — in a fresh downward spiral since the abrupt sacking of the central bank governor in March — plunged to more than 8.5 against the dollar, its lowest level in six months, on May 13 after US inflation data turned up the pressure on the currency. Though it has regained some ground since then, the lira’s prospects remain bleak.

In a bid to prop up the lira, the central bank had hiked its policy rate by 200 basis points to 19% in March, but only a couple of days later, President Recep Tayyip Erdogan removed central bank governor Naci Agbal, who was given the post less than five months before amid government pledges of economic reform. Several rate hikes under Agbal had helped the lira rebound, but his sacking rekindled mistrust in Ankara’s economic management, sending the lira into a nosedive anew.

The price of the dollar averaged 7.62 liras in March, up from 7.02 liras in February and 8.15 in April. It rose to 8.28 liras in the first half of May and is likely to climb further by the end of the month amid the global ripples of the US inflation data and rising anticipation that the Federal Reserve might be forced to hike interest rates earlier than expected. In its biggest jump since 2008, US consumer inflation surged 4.2% in April on a 12-month basis, according to figures released last week.

The central bank’s new governor, Sahap Kavcioglu, kept the rates unchanged in April and May. The slump of the lira, coupled with rising inflation, leaves little room for rate cuts as the government would like.

Despite the double predicament of high interest rates and high foreign exchange prices, Ankara is keen on stimulating economic growth out of political concerns and hopes to revive domestic demand after the relaxation of a nearly three-week COVID-19 lockdown on May 17. For one, it might encourage another loan bonanza via public banks like it did last year. Such a move would inevitably stoke inflation and foreign exchange prices and could see renewed attempts to suppress interest rates.

Turkey’s need for external funds is expected to grow in the second half of the year. Critical talks with the United States and the European Union in June, coupled with an ongoing US case against a Turkish public bank for helping Iran evade sanctions, are seen as major risks.

The US inflation surge bears on emerging markets like Turkey because the prospect of the Fed bringing forward its rate hike would lure foreign investors away or discourage those who might be planning to invest in developing countries. Ankara’s waning economic credibility has already soured the appetite of foreigners, and Turkey could hardly rely on foreign investments to finance its current account deficit as it did in the past. The country’s risk premium is back in the region of 400 basis points, severely decoupled from those of peer countries.

Moreover, Turkey’s foreign reserves are in a precarious state after the central bank’s controversial sale of some $128 billion since 2019 to curb the fall of the lira. The bank is now in the red, left with no ammunition to defend the currency. In other words, acquiescing to further increases in foreign exchange prices might be inevitable for Ankara down the road.

With the economy stuck between high interest rates and high foreign exchange prices, industrial enterprises have been scrambling to keep the production wheels turning to save the day. How sustainable or viable such growth is remains open to question, but Turkey is likely to post a growth rate of up to 6% in the first quarter, drawing on ongoing foreign and domestic demand as well as the low base effect from last year. In the import-reliant Turkish economy, growth means an increased demand for imported materials and goods, which have grown costlier due to the slump of the lira. As a result, Turkey’s current account deficit reached $7.8 billion in the first quarter and $36 billion on a 12-month basis. This year’s gap is likely to be about $30 billion, but that’s not the only factor pushing up the demand for foreign exchange.

The mistrust in Erdogan’s government has led local savers to turn to hard currencies to protect their savings against the depreciation of the lira and inflation. The risk of dollarization has hardly abated, as evidenced by the fact that 57.4% of individual deposits in Turkey are in foreign exchange, amounting to $159 billion.

Private companies, meanwhile, are saddled with a foreign exchange deficit of $155.3 billion, only a slight decrease from $156.6 billion last year.

The external debt that Turkey needs to repay in the next 12 months totals about $192 billion, with the bulk — $125 billion — belonging to the private sector. The remaining $67 billion belong to the public sector, mostly to public banks as well as the central bank, whose liabilities stem from currency swap deals with China and Qatar.

Turkey’s annual consumer inflation climbed to 17.14% in April, its highest level in nearly two years, and could rise further down the road despite the prospect of some temporary downticks due to seasonal factors. A consumer inflation of 20% might be hard to avoid this year, as both producer and consumer prices remain under pressure from the increase of interest rates and foreign exchange prices. The problem of inflation could ossify and hit a deadlock unless Ankara is prepared to stick to tight monetary policies for some time and further tighten them if need be.

Continued warming of the US economy would result in a rise in the US 10-year treasury yields — a prospect that threatens to lure foreign investors away from Turkey and other emerging markets. Such flights would leave Turkey with less foreign exchange to finance its current account deficit and meet other demands for foreign exchange, pushing hard currency prices up. Sustaining tight monetary policies is the strongest weapon in managing such setbacks, but that hardly suits Erdogan’s political calculations. Economic actors have yet to see what Ankara will do in the face of the lira’s slide toward 9 against the greenback.