A special meeting of EU foreign ministers called upon Israel and Hamas to advance a cease-fire but the long debate reached no formal conclusions. 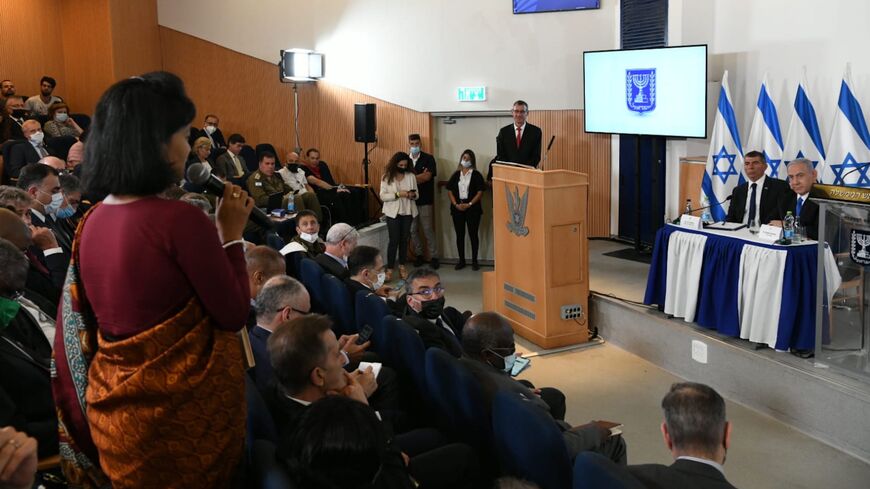 PARIS — Israeli diplomacy is fully mobilized against campaigns across the globe in support of Gaza Palestinians. Yesterday, European High representative for Foreign Affairs Josep Borrell convened a special meeting of European Union foreign ministers. Borrell's words concluding the meeting surprised no one in Jerusalem, but the dynamics in Brussels left room for interpretation.

Speaking to reporters following the videoconference, Borrell admitted that unanimity was not reached with only 26 out of the 27 ministers agreeing after the long debate that filled the afternoon. The outlier was Hungary. Lacking unanimity, no written conclusions were published.

Borrell read, “The priority is the immediate cessation of all violence and the implementation of a cease-fire … The second is to consider that the upsurge of violence in the last days has led to a high number of civilian casualties, deaths and injuries, among them a high number of children and women, and that this is unacceptable. We condemn the rocket attacks by Hamas and other terrorist groups on Israel territory and we fully support Israel’s right to defense, but we have also considered it and stated that this has to be done in a proportionate manner and respecting international humanitarian law — and we consider that security for Israel and Palestine requires a true political solution."

A diplomatic source told Al-Monitor that the lack of written conclusions was a clear victory for the pro-Israeli camp within the European Union. No unanimity means no real outcome, said the source. “Borrell himself admitted there were different ‘nuances’ during the discussion of the foreign ministers. He also referred to victims without naming sides and put the emphasis on a long-term solution and humanitarian aid. Clearly, the ministers had a hard time reaching a formula that should be accepted on all," said the source, who spoke on condition of anonymity.

Another diplomatic source told Al-Monitor that while Hungary was the only country to oppose the final text, Germany, Austria and Slovenia took firm stances against a unilateral condemnation of Israel, insisting that Israel’s right to defend itself be included in the text.

Greek Foreign Minister Nikos Dendias' solidarity visit yesterday was the first visit in Israel of a foreign minister since the beginning of the Gaza escalation. The foreign ministers of Germany, Czech Republic and Slovakia are expected to arrive to Israel tomorrow.

Ashkenazi has been talking to several of his counterparts in Europe and elsewhere, such as Italian Foreign Minister Luigi Di Maio. His message is always the same: Israel has the right to defend itself. Neither Ashkenazi nor Prime Minister Benjamin Netanyahu have made mention of the possibility of a truce or any negotiations in that direction.

While the European ministers were meeting virtually, French President Emmanuel Macron met in Paris in person with Egyptian President Abdel Fattah al-Sisi. Sisi had come to France to participate in a two-day African economic summit. The two presidents first met on May 17 and then again yesterday. Both meetings were dedicated to the Israel-Hamas crisis and both focused on efforts to advance a cease-fire. Jordanian King Abdullah II participated virtually in the second meeting.

A communique issued by the Elysee Palace read, “The President of the French Republic, the King of the Hashemite Kingdom of Jordan and the President of the Arab Republic of Egypt called on the parties to immediately agree on a cease-fire. They also decided to work with international partners to reach such a cease-fire, including through the UN Security Council."

The UN Security Council has met four times so far on the current Israel-Palestinian escalation — twice last week, a public meeting last Sunday and a closed-door meeting on Tuesday. French diplomats say that they are pushing for another meeting in the coming days. Throughout last week, the United States blocked efforts to produce a Security Council statement or resolution. Israeli diplomats had said the drafts circulating call for a cease-fire and bemoan violence against innocent civilians, but do not specifically mention Hamas or its rockets.