Yamina head Naftali Bennett must realize that in the worsening security chaos, his base will never support him heading an anti-Netanyahu government. 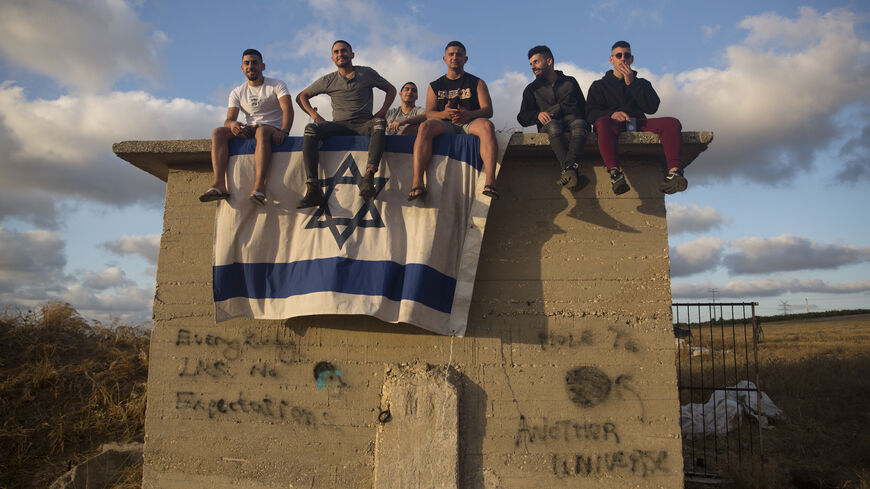 Yamina chair Naftali Bennett announced May 13 that he was abandoning plans to form a new government and send Prime Minister Benjamin Netanyahu to the opposition. The country was in flames, with Arabs lynching Jews and Jews lynching Arabs, all while Israel was waging another war against Hamas.

Since then, Bennett has practically vanished from the public eye, making no public appearances to explain his recent moves. Instead, he informs the country through briefings to the press. Bennett now says the proposed new government would not be able to meet the country’s current challenges, particularly the state of emergency in Israel’s Jewish-Arab mixed cities.

The ambitious blueprint for a new government had envisioned the creation of a new coalition of all parties opposed to Netanyahu by the end of this week. It was a bold plan, even revolutionary. It would have brought parties from the right and left together with the support of the Arab parties but without the ultra-Orthodox and most of the right. This all changed when the conflict with Hamas introduced a new variable and the security situation became a death sentence for the new government.

Bennett and his party had already been criticized by their right-wing religious base for the effort to establish a government of change, complete with demonstrations outside their homes. The pressure intensified when riots broke out in Israel’s mixed towns. Members of Yamina visiting the flashpoints were forced to leave in disgrace.

The party’s representatives had a tough time facing their synagogues and communities. They were accused of deceiving the right and stealing votes to form a coalition with the left.

The new government plan was intended to end the cycle of elections and Netanyahu’s long rule. It would have been difficult, but was certainly possible. But with the security fiasco, it came across as a complete abnegation of responsibility. Even Ra’am chair Mansour Abbas, who was supposed to be part of the new government, reportedly realized how volatile the situation was and announced that he was putting coalition negotiations on hold.

By Thursday, Bennett must have realized that images of synagogues being torched by Arab rioters were too much for his base. Two weeks earlier he had rejected a desperate Netanyahu’s proposal to serve first as prime minister in a rotation government and cast his lot with the anti-Netanyahu camp, failing to appreciate intensity of the right's opposition, which became even more vociferous with the outbreak of violence.

Just 10 days earlier, Netanyahu was considered politically dead. Now he's been resuscitated, once again the phoenix of Israeli politics. Nevertheless, even with the new government’s premature demise, he still can’t form a coalition, having already lost the mandate to do so.

Meanwhile, Bennett has been giving frequent interviews to the foreign press in support of the current government’s policies and Israel’s right to defend itself. He has been avoiding the Israeli press, posting videos to social media of highlights from his interviews with some of the world's leading TV news outlets.

The leaders of the other parties who agreed to let Bennett serve as prime minister in exchange for helping to remove Netanyahu, even though his party holds just six seats, have all been left in the dust.

Yesh Atid chair Yair Lapid made the unconventional political move of declining the option to become prime minister in favor of Bennett, even though he actually heads the largest party in the Knesset after the Likud.

After Bennett dealt a death blow to the new government last Thursday, a stern-faced Lapid appeared before the news cameras to announce that he had no plans to give up. He still holds the mandate to form a new government for another two weeks. As angry as he must be at Bennett, he has made no personal attacks against his former partner and has burned no bridges.

“I understand why [Bennett] feels such distress,” he said, “but he is wrong. You don’t wait to make change until it is convenient. If you wait for just the right moment, you’re bound to discover that it never comes around. You instigate change when you believe that it is the right thing to do.”

Lapid clarified that he has no plans to give up, saying, “I will continue to do everything I can to form a new government in the next few weeks. There are still 20 days left. In political terms, that is an eternity. We will continue the struggle and if we do not succeed, we will head to the most unnecessary and dangerous election in all of Israel’s history. We will win, too, on behalf of everyone who refuses to accept the violence and hate, and on behalf of all the good Israelis who refuse to accept a government that tears us apart from within.”

Nevertheless, Lapid must realize how weak the new government's chances are, but said that he will continue to fight for a change, even if it takes going to a fifth round of elections.

Last weekend it was reported that Netanyahu may have offered Blue and White chair Benny Gantz another rotation government. Netanyahu and Gantz, the current defense minister, have been collaborating fully — some even say harmoniously — in the war cabinet. Gantz himself denies these reports. As a senior Blue and White official told Al-Monitor on condition of anonymity, “Gantz works very well with Netanyahu, but he is unwilling to form another government with him. That’s very different. The likeliest outcome is another round of elections.”