The resumption of talks, which stalled in November, could unlock significant economic benefits for debt-ridden Lebanon. 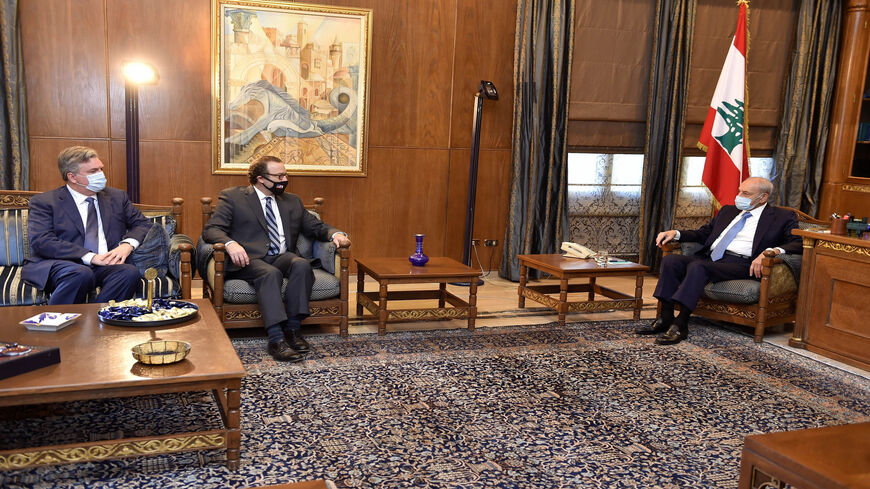 The United States will send a delegation next week to mediate resumed maritime border talks between Israel and Lebanon aimed at resolving a dispute over potentially lucrative oil and gas resources in the eastern Mediterranean.

A US mediating team led by Ambassador John P. Desrocher will travel to Lebanon on Monday, according to a statement from the State Department. The talks between representatives from the Lebanese and Israeli governments are due to resume on Tuesday.

Axios reports the negotiations will take place in the southern Lebanese city of Naqoura where the United Nations peacekeeping force is headquartered near the Israeli border.

“The U.S. welcomes the resumption of the Israel-Lebanon maritime talks,” State Department spokesman Ned Price tweeted on Friday. “We are committed to mediating and facilitating negotiations at the request of both countries as they work toward an agreement benefiting Lebanese and Israeli citizens.”

Lebanon and Israel are still technically at war, but in early October, the two sides met for US-mediated talks aimed at reaching an agreement over an 860-square-kilometer (534-square-mile) stretch of the Mediterranean Sea. The negotiations on the oil- and gas-rich disputed waters — the first direct negotiations between the two neighbors in 30 years — stalled after four rounds in November.

Next week’s talks come as Lebanon grapples with its worst financial crisis since its 1975-1990 civil war, and hydrocarbon exploration in the gas-rich waters could provide much-needed revenue for the cash-strapped country.

During his visit to Beirut earlier this month, US Undersecretary for Political Affairs David Hale blamed Lebanon’s leaders for the current economic crisis, saying they had failed to put the country’s interests before their own. Lebanon's dire economic situation was compounded by the Beirut port explosion in August 2020, which killed 200 people and gutted much of the Lebanese capital.