Undersecretary for Political Affairs David Hale said the United States is willing to mediate resumed talks between the hostile neighbors. 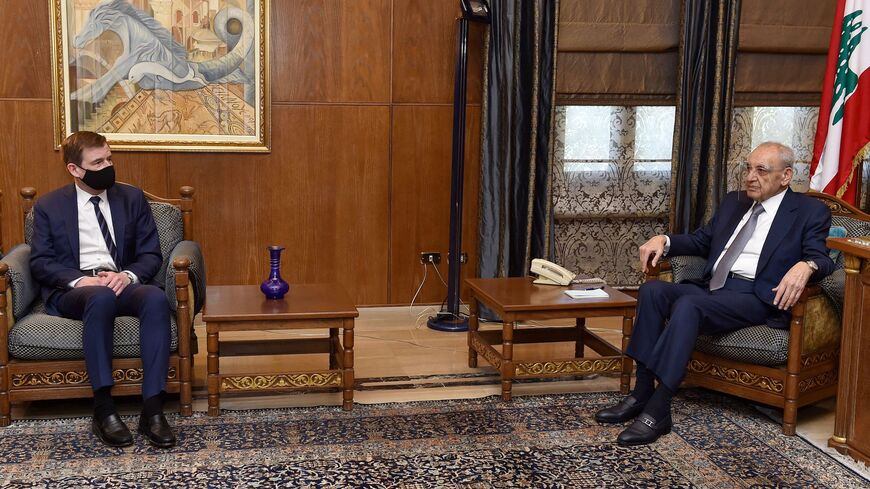 The United States is ready to mediate maritime talks between Lebanon and Israel that stalled in the waning months of the Trump administration, a senior State Department official said Thursday.

“America stands ready to facilitate negotiations on the maritime boundary between Lebanon and Israel,” Undersecretary for Political Affairs David Hale said during remarks at Lebanon’s presidential palace in Baabda.

“These negotiations have potential to unlock significant economic benefits for Lebanon. And this is all the more critical against the backdrop of the severe economic crisis the country is facing,” Hale said.

Lebanon and Israel are still technically at war, but in early October, the two sides met for US-mediated talks aimed at reaching an agreement over an 860-square-kilometer (534-square-mile) stretch of the Mediterranean Sea. The negotiations on the disputed waters, which are believed to be rich in gas and oil, stalled in November.

Hale said the United States would get involved “on the basis on which we initiated these discussions,” hinting that the US administration won’t accept Lebanon’s new claim.

Hydrocarbon exploration in the gas-rich waters could provide much-needed revenue for Lebanon, which is in the throes of its worst financial crisis since its 1975-1990 civil war. Hale, who wrapped up a three-day visit to Beirut on Thursday, pressed Lebanon's politicians to form a government that can address the deteriorating economic situation and ballooning debt.

“The Lebanese people are clearly suffering.  They’re suffering because Lebanese leaders have failed to meet their responsibility to put the country’s interests first,” Hale said.

Prime Minister Hassan Diab’s government quit in the wake of last August's Beirut port explosion, which killed 200 people and gutted much of the Lebanese capital. Veteran Sunni politician Saad al-Hariri was named prime minister-designate in October but has been unable to agree on a cabinet lineup with President Michel Aoun.

“They rob the Lebanese of the ability to build a peaceful and prosperous country,” Hale said. “And it’s Iran that is fueling and financing this challenge to the state and this distortion of Lebanese political life.”